Could a Diabolical Plan Be Afoot to Usurp the Throne? 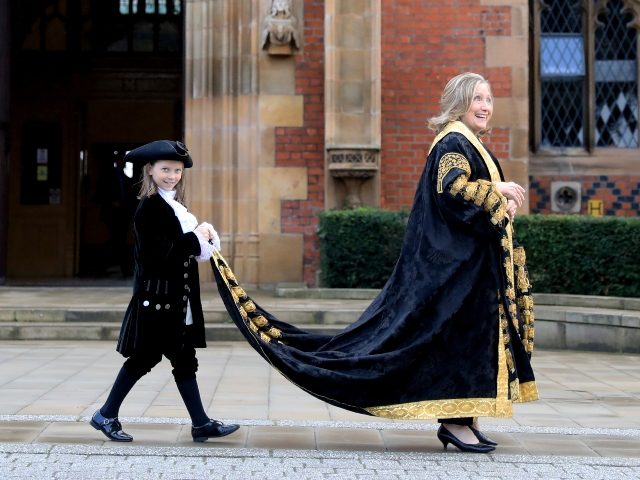 Step One:  Justice Stephen Beyer retired from the Supreme Court.  He was not aware of being put out to pasture and had no immediate plans to step aside.  Someone, mysteriously gave him a nudge and made that decision for him.  One morning, Stephen was eating pancakes, reading the paper and suddenly discovered that his days on the bench were over.  Apparently, a high ranking anonymous source with a hidden agenda leaked the story to the press.  The article in the paper stated that he was going to spend more time with his wife Joanna and maybe go on a cruise.  And, just like that, he was unemployed and still wearing his bathrobe at noon. Stephen, it’s time for you to go.  Pack your box,  cut the cake and say your goodbyes.  We can’t miss you until you leave and interested applicants are already lining up at the door.  So long, farewell, audwiedersehn, goodbye!

Step Two:  VP Harris has exceeded her expiration date. Kamala dutifully served her intended purpose and helped elect Joe Biden as the 46th President of the United States.  Dragging him across the finish line was a herculean task.  She was super helpful and did what she was told, but that was then and this is now.  VP Harris spectacularly botched everything that she touched and nobody really liked her anyway.  The ride to the top is over and Kamala, facing the abyss, considers “not going gentle into that good night.”  The Dems top priority for her exit strategy is:  NEVER, EVER, let her write a scathing book delineating all of their hypocrisy and lies.  That book could destroy the Democratic Party forever.  Kamala will “go gentle into that good night,” because someone offered her a deal that she could not refuse. Joe Biden recently announced that a “woman of color” would be his pick to replace Beyer. Biden was recently observed in the paint section of Home Depot selecting which shade of color he prefers. Biden’s selection criteria actually sounded terribly racist but I’m sure that his candidate will be extremely qualified, honorable and an amazing scholar on the law.

We are very excited to announce our new, extremely talented and very loyal, Supreme Court Justice…wait for it…Kamala Devi Harris.  (cue the applause)

Goodnight and thank you Emilio.
You’ve completed your task
What more can we ask of you now?
Please sign the book on the way out the door
And that will be all, if she needs you she’ll call
But I don’t think that’s likely somehow

Step Three:  President Joe Biden is informed that Hillary Clinton will be his new VP.  Joe is puzzled. He thought that Kamala was his VP.  Who could have predicted that sleight of hand?  Bill Clinton could not be reached for comment. 70% of the country threw up their breakfast when they saw the Fox News Alert.  When contacted, a spokesman for The Onion said, “We got nothing!”  In other news, Hell actually froze over and ice skating is apparently really big down there.

Step Four:  Peppermint Patty regretfully announces Joe BIden’s immediate retirement.  Joe was not aware that the four years were up after his first term but Jen brought him a sheet cake with one burning candle and ice cream.  Hillary sang Happy Birthday to Joe and watched him unsuccessfully blow out the candle.  Obama blew out the candle for him.  Joe asked for a second piece of cake-to go.  Two Men and a Truck arrived to load Joe’s boxes which were already packed and dumped by the front door.  Joe seemed more agitated and confused than usual.  Jill patted Joe’s arm and soothingly said that they were going to take a fun trip on a helicopter to the beach.  Joe seemed genuinely happy-he liked the beach.  Joe was going home at last.

High flying, adored
That’s good to hear but unimportant
My story’s quite unusual
Local girl makes good, weds famous man
I was stuck in the right place at the right time
Filled a gap, I was lucky
But one thing I’ll say for me
Noone else can fill it like I can

President Hillary Clinton’s first order of business:  Determine by end of day, how soon Donald Trump could be declared an Enemy of the State and banished from the kingdom forever and a day.  Failure is not an option.

It is a scary plan, but I put nothing past the Dems and HRC.

Our highly unpopular Border Czarina Harris s really going gangbuster on the border
Today after reporting that the Biden administration is bussing in illegal aliens to Florida & putting them up in hotels in Central Florida near my congressional district, I drove from Miami all the way to Maitland, FL for 4 hrs to see & document the illegal alien invasion for myself since the fake news media doesn’t want to do their job.

This is the hotel and exact location where hundreds of illegal aliens were dropped off on January 28th in busses that are registered to Texas. I tried to get a hotel room inside this same hotel, but the hotel is sold out due to the fact that they are housing so many illegal aliens. The receptionist told me the entire hotel, all three floors, is completely booked full for weeks!

I guess we know where our border security tax dollar is being spent.
1 Who is cutting the check for the rooms
2 Who is leasing the buses
3 Rumor has it they are assigned debit cards who is paying for those gift cards
Seems a little early for spring vacation.

Yes, the deep state and globalists are this petty.

THEY WILLL INSTALL CLINTON, AS PLANNED, JUST TO MAKE SURE WE ALL KNOW THE FOLLOWING:

RESISTANCE IS FUTILE, AND AMERICAN DEMOCRACY IS DEAD.

Hillary would be easier to impeach than idiot Biden.

Something tells me that harris wouldl not be a slam dunk as a nominee. She is totally underqualifed relative to even the other “black” candidates who have experience in the courtroom as a “judge”. While I agree it is a ploy to rid the WH of the disaster she is, polling will be widely against moving a problem employee from one position to another.

Maybe the biden WH could get one of those “As seen on TV” impeachment processes underway before they lose the Senate in November,then they could put cankles in the VP slot so that sleepy joe could finally resign.

Even the WH is not so stupid as to allow joe early retirerment putting harris in the potus seat….

She is only qualified to be the whore she was to get her appointments in California, and she’s not nearly as qualified even for that anymore.

You have the plan right, but the characters wrong. Yes the new VP will be a horrible woman but she isn’t Hillary. The Obama machine put Joe in office and the Obamas want their payback. Barack is tired of running things from the shadows.He wants to return to glory as the partner of the new president Michelle.

You may be right. Kamala is going to be replaced and probably soon. I have always read that Michelle does not want to be president. Hillary desperately wants the job and “Hell hath no fury like a woman scorned.” Hillary has been plotting revenge for 5 years. However, Barack does want to return to power and finish his agenda. Either one of them can destroy what remains of America in three years. Look what Biden has accomplished in only one.

And if we are to have a black woman president, obama would prefer to see big mike be the first. harris was only needed to get the black vote since basement Joe told all blacks they were not black unless they voted fo him.

here is where I take a different angle. It is not going to be easy getting rid of harris. The USSC imho , is not a destination to transfer problem employees.

they are going to have to come up with something that makes it untenable for her to stay in office. They will need to spiro Agnew her someway.

That is probably easier than you think. Enemies can do a deep dive and find something sordid in her past and then blackmail her into submission. Then make her an offer that she cannot refuse. Make the offer so good an so binding that she will never, ever, write a book and tell the truth about the campaign and her one year in office. She can tell the media that the stress of the job was too much for her to handle, yada, yada, yada. Cue the tears, piano music and sad faces waving goodbye.
She will be quickly and permanently forgotten.

I agree in the instance they could easily find some good reason to convince her to step aside.

I do not think passing her off to the USSC is in any way viable. I happen to think the backlash from even considering given her polling as VP would be enough to not give her any mention.

USSC may not fly but she must be convinced to step down, sooner rather than later. She actually is in a very strong position to negotiate and promise never, ever to write a book.

Liz Cheney, January 31, 2022, warning her fellow republicans about Donald Trump: “He’ll do it all again, if give the chance.”

Rep. Liz Cheney warned that former President Donald Trump would ‘do it all again’ after he dangled pardons for January 6 suspects and called for protests if prosecutors go after him.

‘Trump uses language he knows caused the Jan 6 violence; suggests he’d pardon the Jan 6 defendants, some of whom have been charged with seditious conspiracy; threatens prosecutors; and admits he was attempting to overturn the election,’ Cheney said in a Monday morning tweet. ‘He’d do it all again if given the chance.’

Cheney was reacting to comments Trump made during a Saturday night rally outside of Houston, Texas and a statement the ex-president sent out Sunday, suggesting he wanted former Vice President Mike Pence to ‘overturn the election.’

‘If these radical, vicious racist prosecutors do anything wrong or illegal I hope we are going to have in this country the biggest protest we have ever had,’ Trump said. ‘In Washington, D.C., in New York, in Atlanta and elsewhere because our country and our elections are corrupt.’

At the rally, Trump also suggested that his 2016 rival, Democrat Hillary Clinton, was somehow behind the New York investigations.

‘I’ve got Hillary Clinton’s law firm trying to prosecute me,’ Trump said. ‘This is the most corrupt system.’

A chant of ‘lock her up!’ then broke out among the crowd…

To be clear, Trump is being investigated for tax fraud.