Rigged and More: A Chronicle of The Most Successful Coup d’état in Human History… Or At Least American History 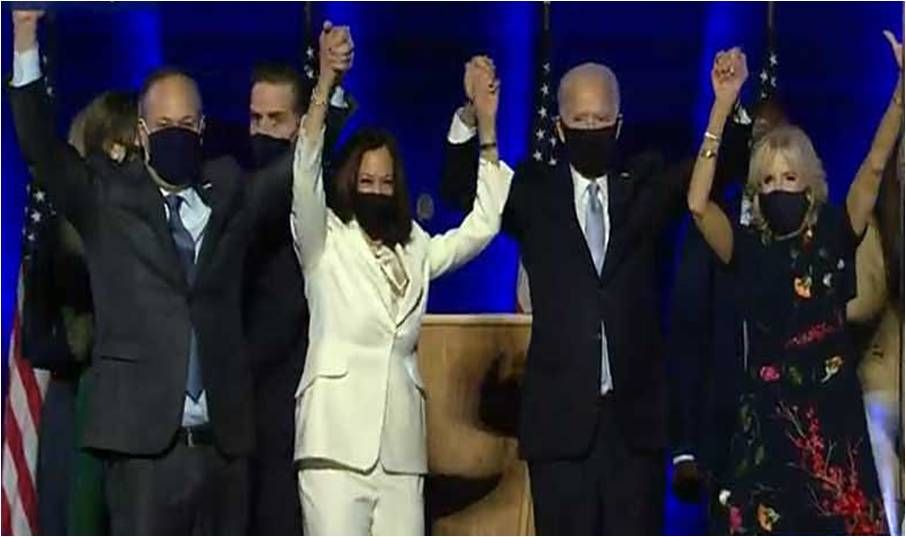 The debate is over. After a year investigating claims of election fraud the media has determined that any fraud in the 2020 election was far too small to have changed the outcome and Joe Biden legitimately won.  Now we can get back to our normal lives, or whatever passes for normal now… Except it’s fiction.

In 44 BC Julius Caesar was murdered by Roman senators who claimed to be acting to protect the Republic but were in fact, simply seeking power. Their coup d’état put the final nail in the coffin of a Republic that had been dead in deed if not name for decades.

Coup d’états differ from revolutions in that they’re generally orchestrated by or include people within government who seize power – often with a narrow use of or threat of violence – that results in a rapid transition of power. Revolutions are often longer affairs that include much of a country’s population and exponentially more bloodshed.

A common goal of a coup is to keep much of the society and government apparatus intact, but change who’s in charge.  This illusion of continuity is intended to gain the acquiescence of the population so they don’t think they’ve been plunged into a civil war.

And that’s exactly what we got. While Donald Trump does not lay in a bloody toga on the floor of the Senate, America witnessed a coup d’état equally as viscous. Many will deny one took place because their guy won, but make no mistake, virtually every American knows one did, even if only 56% admit it.

The moment the coup began to reveal itself Americans knew something was amiss.  Many went to bed November 3rd believing Trump won, leading in enough states to secure an electoral victory, including Pennsylvania, Michigan, Georgia, and Wisconsin.  Strangely however, while much of America slept, densely populated Democrat counties like Fulton in Georgia (Atlanta) and Allegheny in Pennsylvania (Pittsburg) “stopped counting” votes only to “restart” later with Joe Biden having a sufficient number of votes to swing the state blue. Similarly Philadelphia stopped “reporting” at 1 AM and later reported Biden numbers sufficient to take the state.

The morning of the 4th, as cries of fraud came from red areas across the country, the side that had spent years crying “election fraud” suddenly fell silent.  Apparently 2020 had become the “most legitimate election in American history”.

Joseph Stalin who said “Those who vote decide nothing.  Those who count the vote decide everything.”  That’s exactly how we went from being a Constitutional Republic to a banana republic, but rather than the United Fruit Company or the CIA running the coup, it was Mark Zuckerberg, Democrats, the FBI and the media.

Just after Biden was sworn into office Molly Ball of TIME Magazine wrote a glowing paean to the coup:  “Their work touched every aspect of the election. They got states to change voting systems and laws and helped secure hundreds of millions in public and private funding. They fended off voter-suppression lawsuits, recruited armies of poll workers and got millions of people to vote by mail for the first time. They successfully pressured social media companies to take a harder line against disinformation and used data-driven strategies to fight viral smears. They executed national public-awareness campaigns that helped Americans understand how the vote count would unfold over days or weeks, preventing Trump’s conspiracy theories and false claims of victory from getting more traction.”

And as with any good coup, violence was threatened:  “The nation was braced for chaos. Liberal groups had vowed to take to the streets, planning hundreds of protests across the country.”  In this context “protests” is a metaphor for Democrat approved violence unleashed by BLM and Antifa across the country.  Ball points out that following Biden’s victory the threatened violence was called off. “There was a conspiracy unfolding behind the scenes, one that both curtailed the protests and coordinated the resistance from CEOs.”

While Ball’s homage may be insightful, the definitive account of the coup comes from Mollie Hemingway in “Rigged”.  Unlike Ball, who couches everything about the coup in the fiction of patriots seeking to “protect” America from the fascist Donald Trump, Hemingway exposes exactly how the leftist cabal set the table for the coup, and upon its execution unleashed a propaganda machine to pretend the coup never happened.

Hemingway showcases incompetent GOP functionaries like Georgia’s Brad Raffensperger empowering Democrats led by the treacherous Marc Elias and Stacy Abrams to make unconstitutional voting rule changes. From corrupt jurists ignoring legislation and others explicitly ignoring the Constitution and allowing arbitrary election rulemaking that favored Democrats to the FBI and the media spending years attacking Trump, Hemingway exposes the coup step by step.  She demonstrates how Mark Zuckerberg wrote a $400 million check and financed the coup d’état that undermined our Republic.

In perhaps the single most telling line in Rigged, on page 221 Hemingway quotes a reporter for the Wisconsin Spotlight:  “The City of Green Bay literally gave the keys to the election to a Democrat Party operative from New York.” Similar dynamics played out across the country.

The model was simple. Red counties in half a dozen states gave their counts while blue counties stopped counting or reporting.  Once the red totals were in Democrats knew exactly how many votes they needed to “produce” and those numbers magically started coming in. Fulton County (Atlanta) gave Biden a 250,000 margin of victory, enough to win the state by 12,000 votes of 5 million cast. Allegheny Pennsylvania (Pittsburg) gave Biden a 150,000 vote margin, enough to take Pennsylvania by 80,000 votes out of 6.8 million.

After two months of being caricatured and called conspiracy nuts or white nationalists, almost a million frustrated Trump voters went to Washington on January 6th to demand Congress investigate the election.  After a rally where President Trump explicitly said to “peacefully and patriotically make your voices heard” a riot with a few thousand people broke out at the Capital and suddenly an “Insurrection” worse than anything “since the Civil War” occurred, and anyone questioning the election was a guilty participant.  That riot, which may have been planned or empowered by the FBI suddenly changed the national conversation from investigating November’s coup to the impeachment of Trump for “incitement of insurrection“.  And that was it. End of debate. Biden won and Trump tried to incite a coup and any ideas to the contrary were verboten…

But of course Americans know a lie when they see it and the debate isn’t really over.  When the propagandists say there was no way fraud could have impacted an election with 150 million voters, that’s a red herring.  The cabal behind the coup didn’t have to impact 150 million votes.  All they had to do was impact (or create) 100,000 well placed votes, which is exactly what they did.  Zuckerberg funded Democrats in a few states merely had to wait until the red areas reported their totals and then magically produce more votes from their stopped or paused machines. And that’s how it’s done, a real life enactment of Stalin’s adage, and it’s just another day at the office for Democrats.

Mark Anthony could only eulogize Caesar after the Ides of March, but Donald Trump is still very much with us. We still have an opportunity to reverse this treachery and avert the disaster that naturally follows when the Rule of Man subverts the Rule of Law.  But will we seize it before it’s too late?

Out elections were compromised long before this, as many believe the who thing was largely sculpted and gamed, even though the candidates didn’t really know it (you can’t blab if you don’t know).

Hillary was GARAUNTEED to be installed in 2016. They got sloppy.

A four year coup ensued with HRC herself, a rogue and criminally corrupt FBI, globalist Trillionaires, and big corps all illegally promoting the Russia collusion hoax and every other bit of propaganda you can buy from Pelosi, Schumer, Nadler, and the rest (many in the GOP, too).

They said they were going to rig the election on the news (Hawkfish) and they did.

A false-flag operation using the normal FBI regime-toppling methods they use in other countries was used.

We live in post-democratic America, and we are NOT a Constitutional Republic any longer.

Biden won nothing, and is no president.

Trump was merely the product of free and fair elections. We, as a People, voted him into office.

Democrats stole that electoral process and installed a puppet that no one, even his voters, acknowledges as the president.

Additionally, it took a global bio-weapon attack to rearrange the world and do many thing, one of which was allow for the rigging of our election.

There will be a day not too far off where all of this will be corrected. The biden regime will be completely nullified as ever having existed. The history books will show no president from 2020 until 2024 or perhaps before. The states where the election was fraudulently stolen will be decertified.

The first step will be to secure the House of Representatives this November along with the Senate. mcconnells hier aparent, john thune must not be voted majority leader and in the House, new leadership will be needed, not kevin mccarthy. And big establishment republican member supported by the donor class should be prohibited from leadership. There will need to be a new Republican party lead by MAGA America first populists. That is how we will save our Republic…

3
Reply
Rigged and More: A Chronicle of The Most Successful Coup d'état in Human History… Or At Least American History – Whatfinger Link & Comment Share
#1128450

democrats do not win elections unless they cheat. It is in their DNA

Aside from the final determination of the so-called election, the fact that Democrats simply refused to address the notable and demonstrable incidences of fraud and the refusal of Democrats to put down Democrat political violence fueled the frustration that boiled over and resulted in the riot. Democrats control the media, so they control the “facts”.

EXCLUSIVE: AZ State Sen. Wendy Rogers Asked About Decertification Of The 2020 Election In New Session: “I Will Be Pushing For This As Soon As Possible” (VIDEO)

The nay sayer try Trump began the election was stolen, actually Code Monkey looked at an owners manual of the machines, then the public data.(they wont make that mistake again) Why did our election data go to server banks in Europe first, have we none here?
Others pointing out that the ballots added in the time they were was physically impossible. Observers in swing state kicked out or the windows blocked. Vans delivering to the back of these centers after the time where they were to accept ballots. Ballot caddies under tables with what appeared to be pristine ballots, no jam ups so they could easily be run multiple times. Sharpies not black ink pens. AGs ignoring obvious breaking of election laws.
It wasnt just get Trump it was the populist movement taking over all over that needed to be murdered.

Our resident troll changes the subject or dives to a dead thread. As predictable as the sun rising in the east.

Are they pushing for the Canada model, just kill yourself if...
Peter Doocy leaves new WH press secretary stumped with single question he is forced to ask three times