Our “lighter than air” Vice President 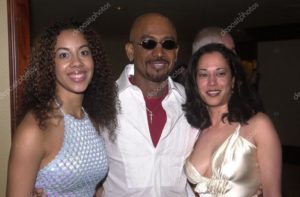 Kamala Harris is arguably one of the least, if not the least effective Vice President in history. There are a number of reasons for that and one big one. She’s a very weird person

When Kamala Harris considers movie titles that make people think of her, she probably goes straight to “Wonder Woman.” I have news for her: Every time she opens her mouth, people are wondering, “What Planet Are You From?”

Her staff is jumping ship.

“I guess when your boss’ approval ratings are at 28% and she’s polling even lower on her number one job, the U.S. southern border where migrants continue to flow over, two million passing over this year. I guess I would leave too, because this is a sinking ship,” said Concha.

Worn out by what they see as entrenched dysfunction and lack of focus, key West Wing aides have largely thrown up their hands at Vice President Kamala Harris and her staff — deciding there simply isn’t time to deal with them right now, especially at a moment when President Joe Biden faces quickly multiplying legislative and political concerns.

She tends to cackle when asked serious questions.

WATCH: Kamala Harris laughs when a reporter starts to ask her about Americans trapped in Afghanistan pic.twitter.com/7863Seq36C

When she’s done cackling, she cannot muster a decent response

Kamala Harris gets asked an actual question for once and has no idea how to respond.

Her response on Russia’s threat to Ukraine: “Umm… I cannot talk to you about classified information” pic.twitter.com/SvzFfk0I9o

When she spoke to French scientists she affected a French accent as though it would add to her gravitas.

She was given two assignments- the border and the Space Force and has done nothing with either. The worst border issues are in Del Rio so she went to El Paso- 800 miles away- and even then didn’t really visit the border.

Taking a page out of the Rahm Emanuel book, she believes that ‘loss of “lives and livelihoods” during the pandemic has “presented us with an opportunity.”‘

She is woefully ignorant. She essentially asserts that the right to vote does not exist in this country:

The bill she is touting would eliminate the requirement of voter ID. Voter ID has overwhelming support by voters in this country.

“Right now, we’re about to take ourselves off the map as a role model if we let people destroy one of the most important pillars of a democracy, which is free and fair elections.”

Virtually all civilized countries require voter ID. Eliminating it is what would cost the US as a role model. Harris also seems ignorant of the fact that pure democracies are always doomed.

Harris has taken to blaming sexism and racism for her failure as VP.

Instead of any introspection on the responsibility of the actions of the Vice President and her office, the pushback from her camp — explaining why things have gone so badly for her so fast — is that the main reason she is getting so much criticism and has historically low approval ratings is simply because she is a woman of color.

In fact, The New York Times reported that she explicitly stated this, ‘Ms. Harris has privately told her allies that the news coverage of her would be different if she were any of her 48 predecessors, all of whom were white and male.’

That’s pretty amusing as her sex and race were the reasons she was chosen.

“We must together, work together.” pic.twitter.com/BaGxQxmVYe

“You know, people get to a stage in life, they kind of are who they are. And Kamala Harris, has has sort of identified herself as being lighter than air. And I don’t know that she can recover from that because it’s basically who she is.”

Harris is lighter than air, especially in her head.

Zachary Faria at The Washington Examiner wrote that Kamala Harris doesn’t have a Presidential future.

I am very much afraid she does but not because she’ll win an election. She was never close to being a contender in the primaries, topping out at about 2% and she’s done nothing to improve that. But given his rate of deterioration I don’t think Joe Biden is going to make it to the finish line and I suspect no one fears that more than Kamala Harris. She knows that a Harris Presidency would be an unmitigated disaster.