Biden means to crush the variant that could end the pandemic 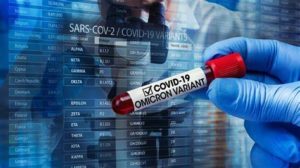 In October 2020 Biden said of the pandemic

Joe Biden REPEATEDLY promised to “shut down the virus.”

He also said something else notable on that day in October:

“220,000 Americans dead. You hear nothing else I say tonight, hear this. Anyone who … is responsible for that many deaths should not remain as president of the United States of America.”

As of December 1, more than 366,000 Americans have died of COVID under Biden. Anyone who is responsible for that many deaths should NOT remain as President of the United States.

Biden is an utter failure. Worse, not only is he continuing to fail to stem the pandemic, he is now fighting to perpetuate it. Today the White House posted Biden’s plan to fight the new omicron variant.

This is absolutely the worst thing to do.

By all accounts, omicron is the most benign variant identified so far.

The South African doctor who first sounded the alarm on the Omicron variant of the coronavirus said that its symptoms are “unusual but mild” in healthy patients — but she’s worried the strain could cause complications in the elderly and unvaccinated.

Dr. Angelique Coetzee, a practicing doctor for 30 years who chairs the South African Medical Association (SAMA), said she believed she had found a new strain of the virus after COVID-19 patients at her private practice in Pretoria exhibited strange symptoms.

“Their symptoms were so different and so mild from those I had treated before,” Coetzee told The Telegraph.

She called South Africa’s vaccine advisory committee on Nov. 18 after a family of four all tested positive for the virus with symptoms that included extreme fatigue.

So far, she’s had two dozen patients who tested positive and showed symptoms of the new variant, mostly young men. About half of the patients were unvaccinated, she said. None of those infected lost their sense of smell or taste.

“It presents mild disease with symptoms being sore muscles and tiredness for a day or two not feeling well,” Coetzee told the paper. “So far, we have detected that those infected do not suffer the loss of taste or smell. They might have a slight cough. There are no prominent symptoms. Of those infected some are currently being treated at home.”

If that description rings familiar to you, it should. It’s a very common reaction to the vaccines.

Omicron is the variant everyone should be exposed to.

Those who contract this variant will develop natural immunity to this variant and most likely to others as well at negligible risk. The risk is lower than vaccination. It costs nothing and it won’t mint more pharma billionaires. There is no sense in asking Fauci about any of this because he has yet to acknowledge that there is even such a thing as natural immunity- which is one of the issues make him fatally flawed. Natural immunity is better than vaccination and I will pursue that shortly.

We would do well to open the doors to this variant and let herd immunity establish itself. It would crowd out other variants.

Over at the Guardian Eric Topol is all set to fight omicron.

Once again the World Health Organization is on wrong side of the issue.

The World Health Organization warned that the new coronavirus variant could fuel surges with “severe consequences” amid signs that it makes Covid-19 more transmissible.

Scientists in South Africa, where omicron was first detected, said it appears to spread more easily but existing vaccines are still likely to protect against severe illness. The Geneva-based WHO assessed the variant’s risk as “extremely high” and called on member states to test widely. Understanding the new strain will take several days or weeks, the agency said.

Omicron is more transmissible and less virulent. That makes it rather an ideal alternative to vaccination. What we have come to know is that whatever the best direction really is, Joe Biden will do the opposite.

The only person who could have remotely shut down the virus is Donald Trump. His response was great, and he got us a vaccine and record time… All while fighting off parasites like Joe Biden.

Even if Biden were duly elected, he could never lead adequately enough for the best of times.

The federal government has exceeded its mandates and is no longer authoritative within the contract made with the American people.

The disinformation campaign against Donald Trump to say that he somehow botched the virus response when he did not is completely pathetic and now completely dead.

Biden has failed to save Americans against the virus and the blood of everyone that died after his installation on January 6th is on his hands.

Biden should be tried for crimes against humanity.

Anyone seeking to justify Biden’s treasonous performance is a clown and a liar.

When and it is WHEN this ‘vaccine’ garbage hits the fan they will blame Trump. He and the American people, in fact the people of the world were duped by Pharma and the OWO crowd. He did take the best advice offered, sadly a person can only make the decisions based on the data given and Trump was given BAD data worse it was false and misleading data.

Earth to Doc… eliminating the virus is the LAST thing the World Government wants. It’s certainly the last thing the idiot Biden wants; the Democrats need it as an excuse to justify their 2022 election fraud.

Idiot Biden uses Omicron as an excuse to pretend to look active and doing stuff. Nothing could be further from the truth. His “grand plan” is… wait for it… this is good… you’ll be impressed… DO THE SAME THING WE’VE BEEN DOING. Vaccines (which are growing ineffective and it is unknown if it does anything to this variant) and masks. Of course, they know this variant is weak and possibly not as transmissible; an Israeli doctor was diagnosed with it, had been seeing patients and none of them tested positive.

In fact… it sounds like the flu. Or a reaction to a flu shot. Democrats will exploit it to the max.

Of course, they forget that they blamed Trump for each and every death from the virus and those simply WITH the virus. Even though Trump faced the initial wave and we knew very little about it (WHO and CCP lied about it), every death was Trump’s fault and idiot Biden even said had HE been in charge, there would have been no deaths. Stupid people say stupid things.

“Biden means to crush the variant that could end the pandemic”

Before or after he craps his pants?

“Biden means to crush the variant…”

I don’t know…them there virus germs is mighty small. Kinda hard for Joe to crush them. Well…I guess the President could take out his germ-size brain and play whack-a-mole with those even little boogers.

Hunter will scrape them into a line on a mirror and snort them up.

0
kitt(@kitt)
Reply to  Deplorable Me

If they can crush this extra crunchy/catchy virus, then shouldnt we question the god of science fauci why he couldnt crush the alpha one?
I think he is going to crush the constitution like Australia we will have covid camps that even if you test negative escape will cause a manhunt. Would’nt be the first concentration camp made by democrats it would be the third one.

This omicron variant presents mild disease with symptoms being sore muscles and tiredness for a day or two not feeling well.
Is it any wonder liberals hate it?
Its symptoms are exactly like those following a hard week’s work.

More Evidence that the Covid Conspiracy Theory Is a Fact

The coercive practices of restricting movement of people and compulsory Covid vaccination are spreading throughout formerly free countries. Germany has now joined Austria{https://www.zerohedge.com/covid-19/germany-imposes-strict-curbs-unvaccinated-limits-gatherings-will-mandate-covid-shots}, Italy, and Australia in resurrecting the Third Reich.

The rush to totalitarianism is inexplicable according to the official narrative. All health authorities now acknowledge that the mRNA “vaccines” do not prevent infection and do not prevent the vaccinated from spreading the infection. This is the reason that the vaccinated are told they need booster shots every 6 months and need to continue wearing the ineffective masks. Why booster shots protect when the previous shots don’t is not explained.

Neither is it explained why the emphasis is on protecting against a virus that has a very low mortality, killing primarily those with existing morbidities who are not effectively treated. In contrast, the adverse vaccine reporting systems in the US, UK, and EU reveal a larger number of deaths and injuries from the “vaccine” than from Covid. We also have evidence that the young who are not endangered by Covid are seriously endangered by the vaccine with vaccinated children and young, healthy sports stars dropping dead from heart attacks. We also have evidence that the “vaccine” attacks the innate human immune system, making the vaccinated less able to ward off all viruses and diseases such as cancer.

In other words, all evidence is against vaccination. There is no evidence in favor of it.

So why the coercion to force dangerous vaccination that only does harm?

It is simply not possible that public health agencies in Austria, Italy, Germany, and Australia are unaware of the evidence that the Covid “vaccines” are a total failure and a danger.

Are all public health officials bought off by bribes from Big Pharma, or is the suspicion that a reduction in world population is underway a fact instead of a conspiracy theory?

[…] I said before, omicron is the variant that could end this pandemic by crowding everything else out. It causes […]