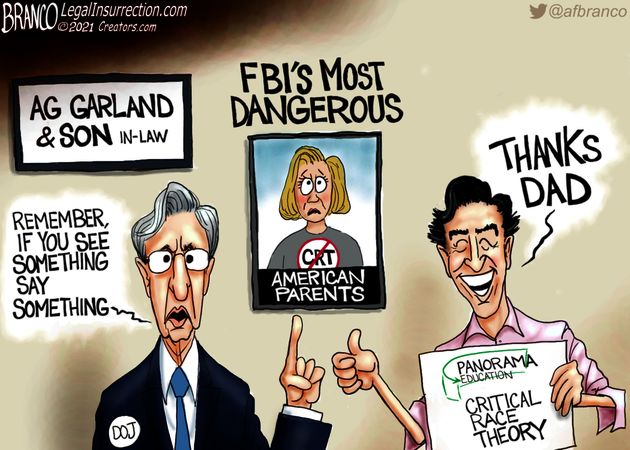 Welcome back to day 276 of the Let’s Go Brandon* Occupation! What insanity have our Lefty pals dialed up this week? Let’s jump right in!

10/12 – Retro-liberals: #WalkAway is your best chance to rescue America’s democracy

I met Brandon & chatted briefly in the hallway at CPAC a few years ago. Nice guy, and I tried to connect his #WalkAway with our local Tea Party group to see hoe we could support him, but sadly nothing came of it.

Remember, serfs, the sacrifices needed to avert Climastrology’s apocalyptic teachings will be made by us, not our moral and intellectual superiors

Can’t think of a nicer recipient

I would love to put time into fighting to keep Virginia from going the way of New Jersey, or at least slow the inevitable Thelma and Louise re-enactment, but crud like this is why I don’t. If the VA GOP isn’t loudly fighting garbage like this or McAuliffe trying to eliminate signature verification in Dem stronghold Fairfax, what hope is there of them fighting the thousands of 10:00 PM ballots that will be magically appearing in *certain* voting precincts on election night?

The bigger question is why aren’t Republican leaders (as our press would like to say) “seizing” and “pouncing” on this to relabel this ridiculous trans-rights movement for what it is – The Radical Left’s War on Women?

Read to the end. I don’t know if the final sentence is more insulting or disturbing.

10/21 – The Media’s Agenda is Not to Mislead People, But to Demoralize Them


Yes, we might have reached the point where we can’t attribute the media’s behavior to stupidity – they are evil.

Just curious, but do any other Gen Xers reading this remember singing this song parody of the Oscar Meyer jingle:

My President has a first name, it’s J-I-M-M-Y

My President has a second name, it’s C-A-R-T-E-R

I spit it out every day, and if you ask me why I say

Anyone else sing this as a kid, or was it just a North Jersey thing? Or maybe us Jersey Boys were the original “Let’s Go Brandon!”

As she walks onto her plane. Classic! https://t.co/EVt0LpXnIx