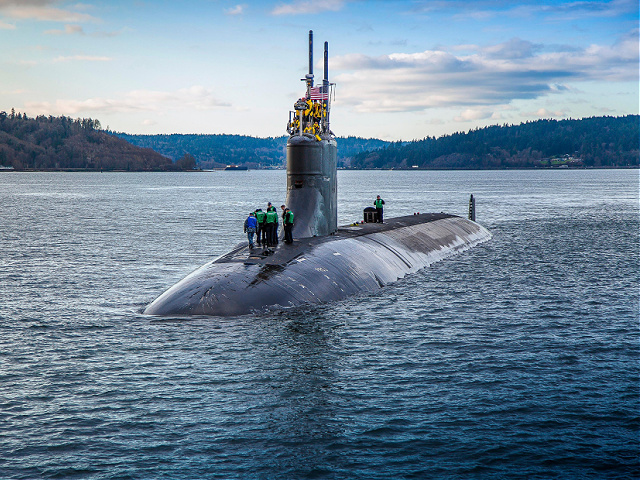 On October 2, 2021, a Seawolf-class-fast attack submarine USS Connecticut (SSN 22) struck an unknown object deep in the China Sea.  Some people theorize that our sub ran into Joe Biden’s approval rating but China thinks that Washington is “covering up” the incident.”  They are madder than a wet hen and this is what they claim:

Chinese Foreign Ministry spokesman Zhao Lijian criticized the U.S. government’s delay in releasing further information about the incident in comments to reporters at a regular press briefing on October 11.

“After this most recent incident, it took the US side five days to come up with a vague statement. Such irresponsible attitude and stonewalling and cover-up practice only make the international community more suspicious of the US intention and details of the accident,” he said.

It is incumbent on the US to clarify the details of the accident and explain the following questions:

First, where exactly did the accident take place? Second, did the accident cause nuclear leakage and pollute the marine environment? Third, will this accident impact the navigation safety and fishery in the area where it took place?

Call me crazy but Zhao is making a valid point.  Countries should be held responsible for screwing up.  Who can guess where I’m going with this?  Anyone?  Welcome to the Twilight Zone and imagine another scenario:

“After this most recent incident, it took China 12 months to come up with a vague statement.  Such irresponsible attitude and stonewalling and cover-up practice only makes the international community more suspicious of the Chinese intention and details of the accident,” he said.

It is incumbent on the Chinese to clarify the details of the accident and explain the following questions:

First, where exactly in Wuhan did the ‘accident’ take place? Who are the research doctors involved in the accident? Where are they today? Second, why would China allow the accidental release of a deadly virus and keep it a secret? Third, will China be willing to open the Wuhan Institute of Virology Lab for inspection and help the world manage this deadly virus to avoid more unnecessary deaths? You know, come clean and admit your mistake? Fourth, it is rumored that in your ‘crack’ Wuhan lab you are growing a much deadlier virus. It’s in the refrigerator on the third floor behind the lettuce and left over Chinese take-out. Are you willing to cease these “Frankenvirus experiments” and bulldoze the Wuhan Lab in the interest of serving humanity?

Ben Dover advised China “to take a responsible attitude, give a detailed account of what really happened in Wuhan as soon as possible and make a satisfactory explanation to the international community and regional countries.”

Sounds like Zhao Lijian and Ben Dover are both on the same page and want to hear the truth, the truth and nothing but the truth. Okay, we’ll tell you what our sub ran into and you tell us where COVID really came from and why 4.7 million beautiful innocent people had to needlessly die a horrible death.