Biden Teetering on Edge of Abdicating the Throne 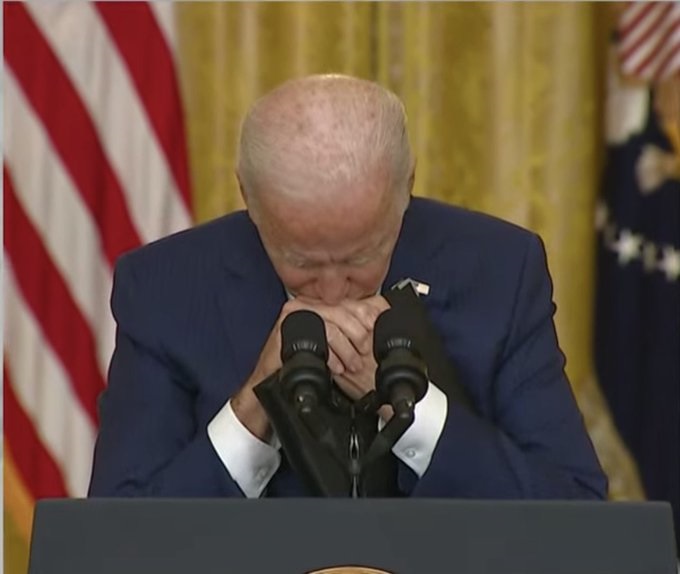 Sooner, rather than later, Biden will throw in the towel, claiming that he is too sick to remain the President of the United States, and retire to Wilmington to eat ice cream for the rest of his life.

The handwriting is on the wall. Joe’s approval rate is in the dumpster and the endgame is coming into focus. Anyone with a functioning brain knew the game strategy before the 2020 election. Hide Joe in the basement. Get rid of Trump. Elect a patsy. Manipulate patsy to sign multiple toxic Executive Orders and to do the bidding of the hidden cabal. Discard patsy when the country finally wakes up and realizes that they have been duped – big time. All that remains is for Joe to read a very simple, short speech off of the teleprompter and exit stage left. CNN commentators will dress in black and choke back crocodile tears when Joe and Jill board that stupid train for one final trip home to Delaware. Democrats will clutch their pearls and cackle “not ready for primetime” Kamala Harris will then become the 47th President of the United States. God help us, each and every one of us. No really, God help us.

Astonishingly, this news will come as a complete surprise to Democrats who honestly believe that Biden is physically in tip-top shape and has been doing just a really super dooper job as prez. Wow. Talk about clueless! It is beyond comprehension how some people can be so intelligent and yet so incredibly stupid at the same time?

How can wicked smart and stunningly stupid reside in the same brain? It is a foregone conclusion that when Biden resigns liberals will blame it on Trump, Fox News, and all of the God-fearing, Bible reading patriots spread across this great land. Somehow we forced Joe to implode don’t you know because we were too mean to grandpops.

One more push from Fox News’ Peter Doocy should do the trick and send wobbling Biden permanently into vacationland. Then the crack media lapdogs can pivot and focus their energy on protecting Kamala and blaming Trump for everything that goes sideways during her tenure.

“I Hear the Train A-coming’; It’s Rollin’ Round the Bend.”

I just wish that we had Trump as president once again.