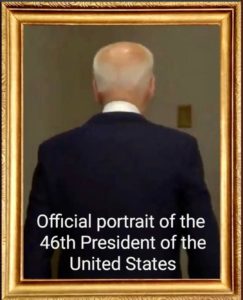 At least ten US service members have been killed in a terrorist attack at Kabul airport.

But Biden assured us that no one’s being killed:

The US has been made a laughingstock by Joe Biden’s actions. His unilateral decision to abandon our allies in Afghanistan has been met with both scorn and ridicule.

The United Kingdom’s Parliament on Wednesday held President Joe Biden in contempt for his withdrawal of American troops from Afghanistan, calling the move “catastrophic” and “shameful.”

Members of Parliament, including some who served alongside U.S. soldiers in Afghanistan, accused Biden of “throwing us and everybody else to the fire” with his decision to withdraw. They also attacked Biden for his “shameful” criticism of the Afghan National Army and said it was “dishonourable” to blame Afghanistan’s fighting force for the Taliban’s takeover.

“Those who have never fought for the colours they fly should be careful about criticising those who have,” said Tom Tugendhat, a British Army veteran of the Afghanistan war and the Conservative chairman of the Foreign Affairs Committee. Biden is one of only a few U.S. presidents who have not served in the military.

After the fall of Kabul to the Taliban, Biden said he stood “squarely behind” his decision to pull out, adding that “there was never a good time to withdraw U.S. forces.” He blamed Afghanistan’s president and military for the collapse of the country.

Back in January Biden said

“We will repair our alliances and engage with the world once again.”

“I am president of the United States of America, and the buck stops with me,”

Sure, other than he has consistently tried to pin the blame for the disaster on Donald Trump

Biden blamed his predecessor, former President Trump, for empowering the Taliban and leaving them “in the strongest position militarily since 2001.”

Then Biden proceeded to arm the Taliban with $83 billion in military assets and all the classified data the Taliban needs to identify and kill all the Afghans who aided the US. As liberals have ZERO long term memory let’s revisit what Biden said not long ago

He made all the decisions but it’s still Trump’s fault. Just yesterday Biden thought the idea of leaving Americans stranded in Afghanistan was funny:

Joe Biden joked about the evacuation with an NBC News reporter as thousands of Americans and Afghans still wait to escape the country.

The president, who has strongly defended his administration’s response to the crisis, was asked by Peter Alexander what he would do if Americans are still in Afghanistan after the 31 August deadline to withdraw US troops.

And the smiling Commander-in-Chief told Alexander, “You’ll be the first person I call.”

A week ago Biden said

“…any attack on our forces or disruption of our operations at the airport will be met with a swift and forceful response.” Joe Biden, August 20, 2021.

I can’t wait to see that one. I bet it’ll be a stern, strongly worded letter. So today?

It’s not over, either. There are going to be a good number of American hostages taken and held for ransom. The Taliban, Haqqani and ISIS know they have an a$$hole wimp in their control. This would not have happened under Trump. None of it.

Thirty three years ago I knew Biden was unfit to lick Reagan’s boots. He is and was a plagiarist, a liar and child molester. NOTHING he said in the video is true. NOTHING. Nothing he says today is true.

And 34 years later nothing has changed. I knew his Presidency would bring on disaster and have said so here repeatedly. Now it has. He is an incompetent f**king moron.

Resign, you bastard. Harris, Sullivan, Kirby, Milley, Austin, Psaki- take them all with you. For the love of God let adults take over before you surrender to China.