The Lesson of Afghanistan is a Simple One, But Probably Not What You Think 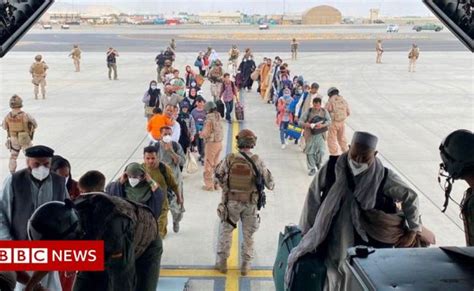 Joe Biden is being roasted for his indefensible handling of the Afghanistan exit.  As well he should be.  Indeed, his incompetence is so legion that he’s actually getting roasted by a media whose only job appears to be to prop up the Biden regime.  Both the New York Times and the Washington Post pilloried him while over at CNN: ‘the debacle of defeat and chaotic retreat in Afghanistan’ is a ‘political disaster’ for President Biden. The Wall Street Journal suggested his statement ‘washing hands’ of Afghanistan ‘is one of most shameful in US history‘.

They’re of course right.  This may be the most incompetent diplomatic/military exercise in American history… and it came straight from the Commander in Chief and his incompetent cabal of woke advisors.

Given the tragedy unfolding today, one wonders if Americans will learn the real lesson of Afghanistan.  Sure, while one lesson would be to never put a senile incompetent leftist in the position of Commander in Chief, that’s not the real lesson to be learned…

American direct involvement in Afghanistan started out twenty years ago after the attacks of September 11th.  It didn’t take long to discover that the Taliban had been giving Osama Bin Laden and Al Queda training bases and a home from which to attack the US.  George W. Bush sent troops in to rout them, which was largely accomplished within months.  But of course, the troops didn’t come home. They stayed, with the ostensible mission of helping Afghanistan craft a nation that would no longer be a haven for terrorists, and a government unwilling to protect them.  We – Americans, not me personally as I did not serve during that time nor in that theater – built roads, schools, bases, buildings, shepherded the writing of a constitution, facilitated elections, and helped form a government with all the trappings of legitimacy.  One of the most laudable efforts was help to give girls and women opportunities that they had not seen in Afghanistan in generations.

Of course, the Taliban, while defeated in terms of running the country, never quite went away.  They hid in the hills. They hid in Pakistan and actually took parts of it over.  They operated under the cover of night and gave a constant reminder that they were never far away.

All of this “progress” cost a great deal, both in terms of money and the lives of brave servicemen.  When all is said and done, the United States will have spent somewhere between $1 and $2 trillion seeking to build Afghanistan into a democracy with a functioning military and government.  At the same time, 2,500 American service members lost their lives executing that mission.

All for what?  Not much, apparently.  In just a number of days, the Taliban took over the entire country.  The president fled. Americans were airlifted from the roof of the embassy.  Girls are now being stolen from their families to be given as wives to Taliban fighters.  Those who assisted the Americans and local police are being rounded up and killed.  The Afghan military has essentially evaporated, leaving the Taliban in possession of tens of billions of dollars of American-supplied weapons and equipment.  Soon the Taliban will bring Afghanistan back to the 7th century, from whence they came.  Sharia law.  Women in bondage. No freedom.  Economic backwater.

The lesson of Afghanistan is not that the United States couldn’t turn The Graveyard of Empires into a thriving democracy, such as our own. That was never in the cards.  The American colonies grew up as part of the British Empire and had been marching slowly towards a representative government with individual freedoms for centuries, culminating in the signing of the Declaration of Independence and the ratification of the Constitution.  Of course, neither of those was the final word and the United States has been evolving towards a More Perfect Union ever since.

Afghanistan doesn’t have anything resembling the history we have.  Just the opposite.  The nation, to the degree that is actually a nation, exists largely on a map.  The people are far more tribal than they are Afghani, and most live lives like those their ancestors lived 1,000 years ago.  Nation-building in Afghanistan was always likely to be a failure, whether the United States spent $2 trillion or $20.

And therein lays the lesson of Afghanistan, through the words of Ronald Reagan.  “Freedom is never more than one generation away from extinction. We didn’t pass it to our children in the bloodstream. It must be fought for, protected, and handed on for them to do the same, or one day we will spend our sunset years telling our children and our children’s children what it was once like in the United States where men were free.”

Americans live in the greatest nation in the history of man, one that took literally centuries to get where it is today.  It’s far from perfect of course, and it’s always evolving, but the fundamental principles of limited government, individual freedom, and free markets have been guides the entire journey. But because it’s not perfect, the left wants to destroy it.  Tear down our Founding Fathers because they didn’t think about 21st century mores when they were busy carving out a new nation.  Eliminate free speech because mean words offend vulnerable sensibilities.  Eliminate free markets because they do not provide for a perfectly equal distribution of wealth.  Divide the country by an endless array of hyphens so that professional victims can identify their “oppressors”.

The freedom that Reagan spoke of, the prosperity the United States has created, and the opportunities Americans enjoy are not predestined. They aren’t written into our DNA, not guaranteed by God, and not irreversible.  Just as a generation of Afghanis who grew up in a relatively free nation are about to discover, what is here today is not guaranteed to still be here tomorrow.  History is important. Culture is important. Shared values are important.

To the degree that pampered leftists who, in a global sense were born on third and think they hit a triple, want to change the rules of the game called America, change the dimensions of the playing field and change the players in the lineup, they’re playing with fire. They think they know where those changes will lead.  They’re wrong.  Free speech, and the respect for the free exercise of such, once gone are almost impossible to regain.  Private property, once taken, almost never makes it back into the hands of the rightful owners and with it goes free markets and prosperity.  Government programs once launched almost never end, and edicts, once written are almost never rescinded.  A government unleashed from the constraint of the Bill of Rights will never find its way back into the cage.

Some people know that reality while others clearly don’t.  Compare a 25-year-old Afghani woman who is now facing home detention, a burqa for life, and a husband she didn’t choose to a 25-year-old American grad student standing in $300 sneakers holding a $1,000 phone and barking “F the police”.  One clearly understands what freedom is while the other wallows in his utopian fantasy utterly clueless of how the world actually works.  There’s a reason millions of people risk their lives every year to come to America or literally cling to the wing of a flying plane in order to escape Taliban Afghanistan.  It’s called reality.

It would be nice if the left would learn the simple lesson of Afghanistan, that freedom is fleeting and must be prized and protected, but sadly they are unlikely to allow machinations in the real world to intrude on their delusional fantasies.