Tell me you don’t see it 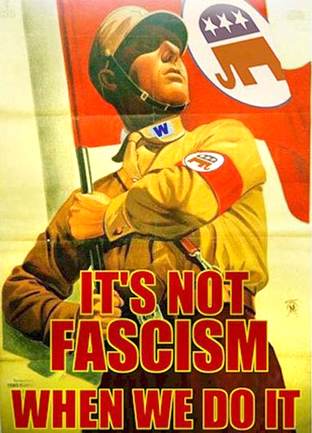 This country is creeping faster and faster toward fascism and then full out Communism under the guise of socialism. President Rutabaga is the front man for whomever is controlling the agenda but Biden is still the prick he always has been. There are a number of signs that are harbingers for the future.

Doocy asked, “Do you think the people are leaving Cuba because they don’t like communism?” Psaki’s answer was, “We think people are leaving Cuba or protesting in the streets as well because they’re opposed to the oppression, to the mismanagement of the government in the country; and we certainly support their right to protest, we support their efforts to speak out against their treatment in Cuba,” and then proceeded to go in detail about the refugee resettlement efforts for Cuban and Haitian nationals in the United States.

The Biden administration is launching a new “door-to-door” effort to vaccinate Americans after falling short of its Fourth of July goal of having 70% of the adult population with at least one shot of the coronavirus vaccine.

Amid the administration’s ongoing concerns of a surge of the more contagious Delta variant of the virus, President Biden pitched his plan to boost the vaccinated population during remarks he made on Tuesday.

“Now we need to go community by community, neighborhood by neighborhood and often times door-to-door – literally knocking on doors – to get help to the remaining people protected from the virus,” Biden said.

Vaccines are just the first step. Fauci backing this makes me even more cynical

“That’s absolutely not the case, it’s trusted messengers who are part of the community doing that — not government officials. So that’s where I think the disconnect is.”

Biden and the DNC want to monitor your text messages

The Democratic National Committee reportedly wants Short Message Service (SMS) carriers to step in and police private text messages as part of a new push against COVID-19 vaccine misinformation. Allies of President Joe Biden, including the DNC, plan to “engage fact-checkers more aggressively” and work alongside phone companies to combat misinformation about vaccines shared via social media and private SMS messages, according to a Monday report from Politico.

If you think this is about COVID you’re naïve.

Let’s translate this. It means help us identify “Trump supporters” and “conservatives.”

Biden wants to cede control of America to the UN

The U.S. State Department has asked the United Nations for help ending “systemic racism.” Secretary of State Antony Blinken gave the United Nations a “formal, standing invitation” to send human rights experts to the U.S. in order to address “systemic racism” in a press release sent out Tuesday. “It is in this context that the United States intends to issue a formal, standing invitation to all UN experts who report and advise on thematic human rights issues,” Blinken said. “As a first step, we have reached out to offer an official visit by the UN Special Rapporteur on contemporary forms of racism and the UN Special Rapporteur on minority issues.”

When exactly did the US become “systemically racist”?  America twice elected a black President and may have elected a sort of black Vice President despite her being a bag of hammers. Republicans heartily support black conservatives and it’s democrat liberals who deride them as “Uncle Tom’s.” Or “Uncle Tim’s.”

Yes, it’s an overtly racist label. It’s also an unintentionally ironic attack, considering it was Scott who asserted this week that “America is not a racist country.” It’s as if left-wingers heard the senator say this and took it as a challenge, responding collectively with a defiant, “Oh yeah? We’ll show you how racist we can be!” Naturally, there is nothing so vile that can be said about a Republican lawmaker, and particularly a black Republican lawmaker, that some MSNBC guest isn’t willing to defend. Meet MSNBC regular Christina Greer, who argued this week that the people calling Scott “Uncle Tim” have a point.

The jackasses even find a way to rationalize it.

The National Police Force is materializing

The “Capitol police” are moving outside of the Capitol.

Six months after the Jan. 6 riot, the U.S. Capitol Police is planning to expand operations outside Washington in an effort to better protect lawmakers, beginning with the opening of field offices in California and Florida. https://t.co/uvUhCEx7FU

U.S. Capitol Police will start using Army surveillance equipment to monitor Americans as part of a larger effort to improve security and turn the force into “an intelligence-based protective agency” in the wake of the storming of the U.S. Capitol on January 6.

The National Police will be accountable to no one.

Guess which federal police force is completely exempt from the Freedom of Information Act, completely outside executive branch control & completely beholden to most corrupt members of Congress. The same one extending its authority to the whole country, w/ cross-country offices. https://t.co/CJQWaJLMif

They said Trump was a fascist dictator. He’s a piker in contrast to this.