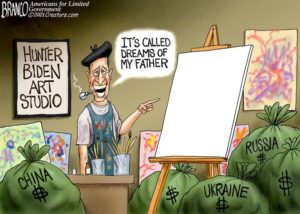 Welcome back to Day 157 of the President Harris* Occupation! Going straight into our roundup again:

6/16 – Tucker Carlson, Buckhead, and Why Our Cities Fail

.@APSVirginia & @APSVaSchoolBoard failed our community this year. Our Board Members gave a collective shrug & @ArlingtonVA County Board passed the buck. Our public schools exist to educate children, not to solely employ adults. All of our so-called leaders forgot this. 19/21

Our public schools exist to educate children, not to solely employ adults. All of our so-called leaders forgot this. 19/21

~~~~~~~~~~~~
I wouldn’t take this to the bank.
Remember when people thought the police were in existence to protect the public?
Someone took that to court.
It went all the way to the Supreme Court.
Guess what?
The answer was, “No.”
The police have NO responsibility to protect the public.
https://second-amendment-patriots.com/2013/01/30/supreme-court-ruling-police-have-no-duty-to-protect-the-general-public/

Teachers’ employment and benefits might be the main reason public schools exist, in this Court’s eyes, too.
Babysitting while taxpayers are out working so taxes can be collected is another part of schools’ reason to be.
Luring more people into dependency on gov’t might be a bigger reason than teaching the student, also.
If a child does get anything out of their years in the schools, it’s just a side effect.

Preach! I’ve been saying this on some Arlington boards, but it doesn’t mean we need to give up. We need to take this opportunity to turn around education in the US

0
Deplorable Me
Reply to  Nan G

It appears the main purpose of today’s educational system is to turn children into terrible, hateful, selfish people. Mostly working.

Sadly, our Education system earna an A+ in that category

Parents absolutely have the right to home school. But do you really believe that when enough withdraw Big Education won’t find a way to come after them? CRT might end up being The Radical Left’s Rubicon

Maybe it was just too difficult to find a mask?

Hmmm…. so after making threats in order to try and get people to lie about Gaetz, Phlegm was “reprimanded” and told not to do it? Wow… that’s harsh. Can someone remind me again why no sensible person believes anything the left wing propaganda mill issues? I wondered what happened to that “bombshell” (actually, I forgot all about it).

As exemplified from the story above, ALL of these outrageous problems are the fault of our leftist, liberal, socialist media. If they actually reported facts, scumbag politicians and petty despots could not possibly get away with acts such as putting citizens lives in such danger. But, when incompetence becomes a weapon, expect Democrats to wield it efficiently.

If only we could get countries like China to super-stupid their educational systems. Now that the US and Canada are on board, it would level the playing field if our adversaries cooperated.

Odd that the very people that told us Trump’s vaccines would be a danger to us all now insist everyone get Trump’s vaccines. I don’t think “following the science” is ignoring that those who have had the virus are better off than the vaccinated, don’t NEED to be vaccinated (it might actually be dangerous) and it is risky to be vaccinating youth.

I simply see almost NOTHING produced today I want to watch and certainly not spend any money on. Old movies and programs is pretty much it.

Hopefully they aren’t closing the gate TOO LONG after all the cows have gotten out.

I am amazed at how the left will trample the majorities rights to cater to the feelings of those who purposely bring hardship upon themselves. Transgenders CHOOSE to bring negative attention upon themselves, but EVERYONE has to suffer through lack of privacy in restrooms or girls competing against boys in sports?

I’ve said before, the left should make up its mind; are Republicans mis-characterizing what CRT says and does or is CRT a figment of Republican’s imagination like ANTIFA and gun-grabbing?

I wonder, in this new liberal world of trampling individual rights, how much money is spent fighting for the obvious in courts? What a waste.

Obama really likes having someone else’s name on all the radical crap he really wanted to do. When it craters (as it is doing) he can just step away and point at Whispering Grampa Grope. But, if anything ever actually bears fruit, he will climb over the tops of everyone to take credit.

If the left actually believes this garbage, that all white people are inherently racist, how do they explain groveling at the feat of Schumer, Schiff, Gore, Kerry, idiot Biden, Pelosi, et al?

“Hmmm…. so after making threats in order to try and get people to lie about Gaetz, Phlegm was “reprimanded” and told not to do it? Wow… that’s harsh. Can someone remind me again why no sensible person believes anything the left wing propaganda mill issues? I wondered what happened to that “bombshell” (actually, I forgot all about it).”

I’m scratching my head as to why Getz isn’t taking any legal action against the “journalists” or “news organizations” that pulled this crud. Leftists never change their bad behavior unless they feel consequences for their actions.

0
Deplorable Me
Reply to  Brother Bob

Well, look at the decision in the OAN suit against Maddow; their defense was “She’s just a leftist liar and everyone knows it. Don’t take it so seriously.” and the judge bought it. Apparently, it’s not slander if no one in their right mind would believe the person slandering.

[…] Aces has the Sunday Funnies (last Sunday’s). And the week in radical leftism. FA also has a cool new layout and banner […]