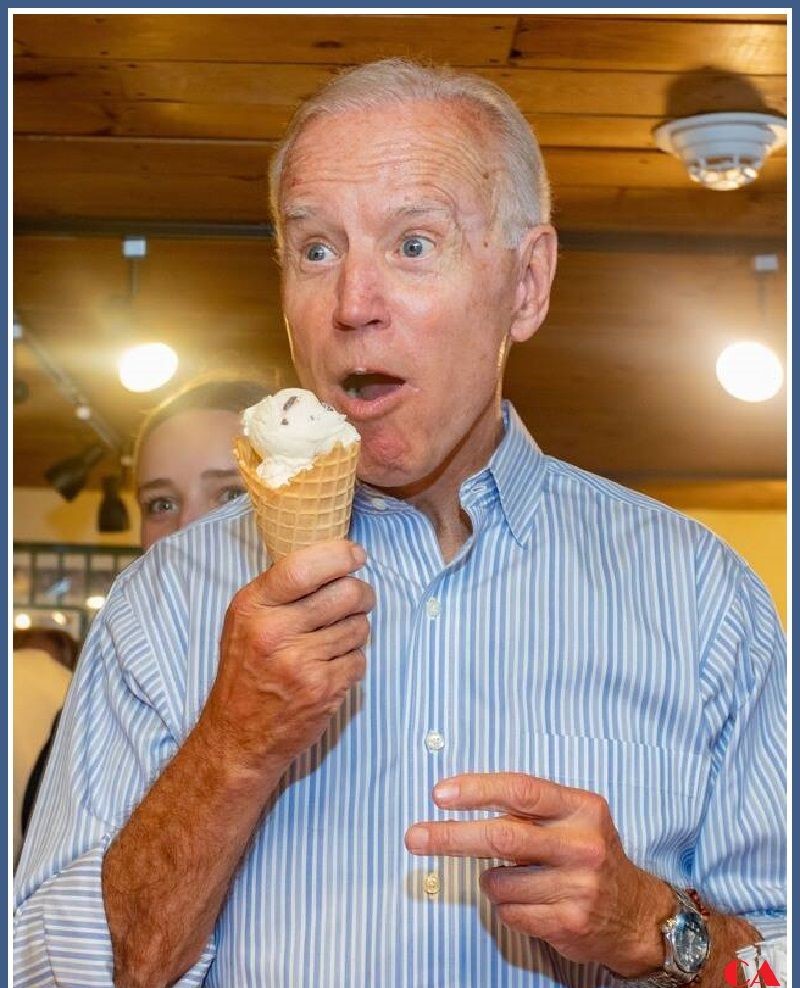 Biden recently met with the president of Russia in Geneva, and America had a very good day. The entire world waited with bated breath to watch the main event of the summer; Vlad from Russia vs. Sleepy Joe from Wilmington. They looked like the odd couple. Barrel chested and shirtless, Vlad rides horses through the wilderness and Joe eats two scoops of ice cream without getting a brain freeze. Surprisingly, Joe got all up in Vlad’s grill. Joe angrily wagged his bony finger in Putin’s face and told him please don’t cyber-attack 16 critical targets in America – or else. It was an ugly threat, but tough times call for tough measures. Joe was just the man to get tough with his nemesis. Unfortunately, Joe instantly regretted giving Vlad such a serious tongue lashing. Joe apologized, walked back his threats and implied that there are thousands of other targets to hack in America that will really screw up our country.

Putin smiled and asked Joe to list the sweet 16 critical infrastructures that were definitely, positively, off limits. Unfortunately, Joe couldn’t remember. He did have his cheat cards, but all they said was TRUMP BAD. EVERYTHINGS TRUMP’S FAULT. BLAME TRUMP. Joe told Vlad that he would have to circle back to him with a list. Putin responded, “Okay, name ten.” Joe must have squirmed in his chair. Putin said, “Five. Can you at least tell me five?” Crickets. Biden was exasperated and mentally exhausted. He remembered that there were 16 teams in the NCAA Tournament and 88 keys on a piano. Joe really couldn’t remember any targets, and Jill couldn’t give him the answers. She was so smart and so pretty. Joe just went to his happy place and dreamed of laying on the beach in Wilmington and enjoying the warmth of the sun on his old, freckled, wrinkled, skin.

Vlad profusely thanked Biden for approving the new oil pipeline. Who could have imagined that Russia will soon be able to transfer gas to our ally Germany and Europe. I thought that Europeans were our friends and Russia was our enemy. I distinctly recall Biden signing an Executive Order to keep all of our troops in Germany. I am so confused. Riddle me this Batman. Why are we spending U.S. taxpayer dollars to protect and defend Germany from Russia while Germany is getting cheap gas from their arch enemy, Russia? Meanwhile, in the good old U.S.A. Biden killed the Keystone XL pipeline. The pipes lay rusting on the ground in North Dakota, and thousands lost their jobs. Rising gasoline and food prices are killing the poor and middle class citizens who just want the government to leave them alone. Good, patriotic Americans who are still reeling from the devastating COVID pandemic are now waking up to the uncomfortable fact that Biden actually is the president. We thought that was a mass hallucination. Try to find anyone who voted for Joe and his sidekick Kamala. The grumbling from the peasants is getting louder, and many wished upon a star that Joe would permanently remain in Switzerland and give all of us a needed break. Liberals erroneously believed that their nightmare was over after Trump disappeared but now they’re not so sure as they pack up their U-Hauls and move to Texas.

On a positive note, Biden gifted Vlad with a pair of HGU-4/P Aviator Glasses. Vlad tried them on and said, “Talk to me Goose.” (rimshot) Vlad also received a crystal Bison sculpture that he plans on displaying in his new palace when he invades the Ukraine. As Vlad was unwrapping his gifts, Biden may have accidentally invited Putin’s army to cross the border into Texas and visit Disney world. Trump has announced plans to visit the border at the end of June. Maybe Don and Vlad could hook up, ride horses and make plans for his triumphant return tour in 2024.

Not as far from the truth as some might think.

What an embarrassment this idiot is. Our enemies mock us while we literally give them the farm.