Biden’s G7 disaster. We needed a President and we sent a vegetable 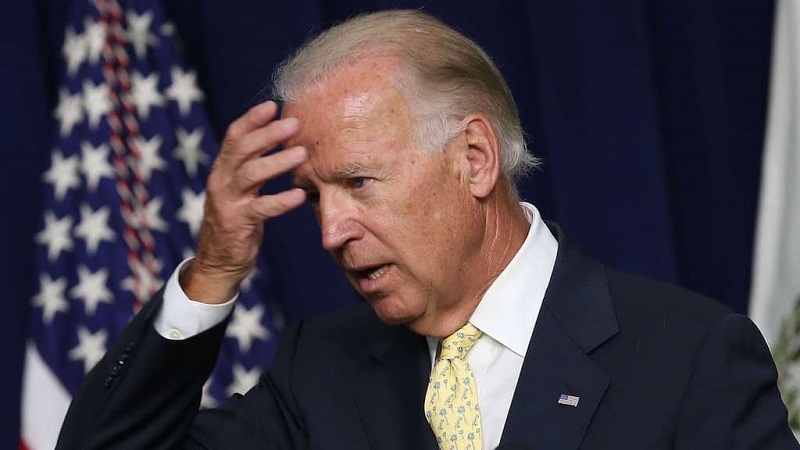 Joe Biden is a train wreck in slow motion.

Biden’s G7 performance was a complete disaster from start to end. He repeatedly confused Syria and Libya.

Speaking during the conclusion of the G-7 summit of world leaders in Britain, Biden was asked about Putin’s proposal about each country turning over cybercriminals.

“I’m open to it if there’s crimes committed against Russia. That in fact the people committing those crimes are being harbored in the United States, I’m committed to holding him accountable,” Biden said, adding that he learned of Putin’s comments after the end of the summit.

Then his staff immediately walked it back:

National Security Advisor Jake Sullivan told press aboard Air Force One that Biden was not talking about “exchanges or swaps” when he seemed receptive to Vladimir Putin’s offer that the Kremlin would extradite cybercriminals if the US would respond in kind. “He’s not saying he’s going to be exchanging cybercriminals with Russia,” Sullivan said of Biden.

His brain took a walk when he was asked about Putin

He refused to hold a press conference with Putin. His excuse?

“I always found, and I don’t mean to suggest the press should not know, but this is not a contest about who can do better in front of a press conference or try to embarrass each other,” Biden told reporters at a press conference at the Cornwall Airport Newquay in England.

“It’s about making myself very clear what the conditions are to get a better relationship are with Russia.”

Let’s be honest. He’s simply not a match for Putin. He’s afraid. His handlers know it. Biden himself told us so:


​A slip by President Biden at the G-7 summit Sunday may have revealed just how carefully his staff try to handle the commander in chief when he faces questions from the media.

Biden cracked that he’d get “in trouble” with his handlers if he failed to take questions from just the pre-planned list of reporters at his news conference at the end of the three-day world leaders meeting G-7 summit in Britain on Sunday — or if he took one too many.

“I’m sorry, I’m going to get in trouble with staff if I don’t do this the right way,” Biden said after calling on Bloomberg News reporter Jennifer Jacobs.

The reporters asking the questions are selected in advance:

After making introductory remarks, the president kicked off the question-and-answer section of the presser by saying he was supposed to go to Jonathan Lemire of the Associated Press.

“Now, why don’t I take some of your questions? And I’m told, Jonathan, I’m supposed to talk — recognize you first,” he said.

Under different circumstances this might be amusing but this is much to serious to be funny. This is the President of the United States. He’s not mentally capable of doing the job. He’s under the control of handlers which means someone else is actually the President- someone not elected to the position.

The left wing media is smothering the reality.

Biden owes the country an explanation. He needs to come clean as to who really is in charge. It’s no laughing matter. 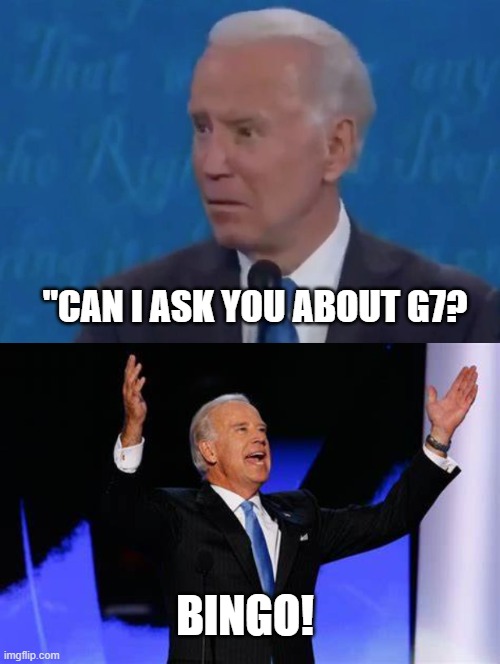 When asked about Putin, notice how he no longer calls him a “killer” but hmmms and haws trying to keep from looking like a complete coward and liar while not loading Putin up for bear before their meeting. Biden is not only an idiot but a coward.

Trump played it straight. He played nice with anyone until they crossed him, then he laid into them. The message was, be straight with him, he’ll be straight with them. But idiot Biden just plays to his immediate audience. He’ll lie to anyone to get applause or a laugh (plenty laugh at him). Now he’s got to face someone he’s been bad-mouthing and he doesn’t have the guts, intelligence or stamina to pull it off. Unless Putin’s heart softens and he shows the dottering old fool mercy, we are to be subjected to yet another major embarrassment.

I wish it weren’t so. This is what fraud gets us.

Anyone else think that the democrat plan is to continue to highlight Biden’s dangerous weakness and short comings until we get so fed up that we accept the democrat’s real candidates for President and V. P. which is Harris and Pelosi?

0
Reply
Deplorable Me
Reply to  Abbi

One thing is for absolute certain; no part of their plan is to serve the American people.

the jackass pedophile is a ampoule disgrace to America. his conduct at the G7 meeting is a disgrace. A reporter from the Bee summed it up:

CORNWALL—G7 Summit meetings ended in chaos today after President Biden violently tackled British PM Boris Johnson after mistaking him for Donald Trump.
“Hey! Hey you! Yeah, you! Didn’t I tell ya not to show your orange face around here?” yelled Biden to the Prime Minister. “Why, I oughtta take ya out back and beat the hell out of ya.”
Biden then hobbled over to Johnson and threw his full weight into him and tackled him to the ground.
“Well, would you look at that, I’m on the ground!” Biden said to the other world leaders. “How did I get down here? Who wants an elbow bump from Uncle Joe? Leadership! Mask up people, it’s you’re patriotic duty! Say, Queen Elizabeth, you’re looking swell today! Bring it in for a hug!” Biden then hugged his wife Jill who he had mistaken for Queen Elizabeth.
Johnson is said to be mostly uninjured and is keeping “a stiff upper lip” about it, mainly because Biden also punched him in the lip.

The G7 was in on the rigged election. They helped install this store mannequin so they could get back to ripping off Americans.

Imagine watching this embarrassment and having to maintain the pretense that this idiot got 81 million votes. More than any President ever.

the pedophile veggie wrongly perceives himself as a reincarnated fdr is more suitable to a portrait of neville chamberlain. If you read history, chamberlain engaged in appeasement talks with Hitler from 1938-39, over the invasion of Poland and Europe. In the end, Hitler invaded Poland, France, Norway and the list goes on. The veggie’s foreign policy is one on appeasement with, rapist, slave traders, state and non-state actors of terrorist. the veggie’s policy is what it is, namely POLITICAL SPINLESSNESS. throwing money at the actors is the same as throwing money in the sky and expect the climate to change. his administration is a massive HOAX.

Swapping cyber criminals may not make much of a difference.
Now if we could swap leaders, we would probably be much better off.
But the Russian people don’t deserve that.

0
Deplorable Me
Reply to  Petercat

We wouldn’t be better off, we’d just have a despot with a working brain instead of one that is a despot by committee.

Wow. These articles about idiot Biden’s failures are like liberal repellant! Our resident leftists don’t seem to have any defense.