Biden: The biggest threat to the US is…..envelope please. Uh, make that three envelopes. 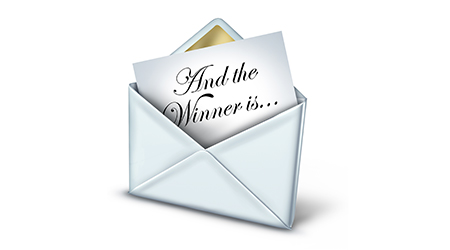 One cannot be certain what in the heck it is that’s in Joe Biden’s head, but it sure isn’t a brain. Over the last few weeks or so Biden has identified several things as the single biggest threat to the United States and they’re all different.

Now you might think it’s Russia, but you’d be wrong.

You might think that it’s China, but you’d be wrong.

According to Biden the single greatest threat to the country is – envelope please- voter integrity laws! Democracy is literally in “peril.” Seriously.

President Joe Biden warned Americans on Memorial Day Monday that democracy in their country was “in peril,” citing concerns about the current political climate and restrictive voting laws.

“Democracy itself is in peril. Here at home and around the world,” Biden said, before specifically citing the right to vote “conveniently” as part of the “infrastructure” required to keep democracy intact.

“Folks, you all know it, democracy thrives when the infrastructure of democracy is strong,” he said. “When people have the right to vote freely, and fairly, and conveniently.  When a free and independent press pursues the truth founded on facts, not propaganda.”

Then he adds to the manure pile

“Empathy is the fuel of democracy,” he said. “Our willingness to see each other not as enemies, as neighbors, even when we disagree, to understand what the other is going through.”

a system of government by the whole population or all the eligible members of a state, typically through elected representatives.

The usual focus of the attacks on voter integrity laws is Georgia, where voting is actually expanded. Biden has repeatedly lied about it but then so has the media. What Biden never mentions is that voting regulations in his home state of Delaware are more restrictive than those in Georgia.

But hold on, it’s not voter integrity laws. There is another greatest threat to the country- envelope please- white supremacists! (what he really means are Trump voters)

Not the virus from China which has taken hundreds of thousands of lives.

But hold on, it’s not that either. It’s -envelope please- climate change!

“There will be significant population movements, fights over land, millions of people leaving places because they’re literally sinking below the sea in Indonesia, because of the fights over what is arable land anymore,” he added.

He said that land is sinking in Indonesia because “they’re” fighting over arable land.

Jakarta is sinking and it’s all because of climate change. Oh, and water extraction.

But why is Jakarta sinking? There are a number of reasons contributing to the sinking city, the first being groundwater pumping. Over 60% of the city’s population relies on groundwater, providing nearly two-thirds of Jakarta’s water consumption. This is the equivalent of over 600 million cubic meters of water being pumped from the ground annually. Residents of the city are taking water, and as a result, the ground beneath is giving way.

Biden efforts at this word salad are pitiful. He jams his favored key words (like “infrastructure”) into every stupid speech no matter how ridiculous it is. It’s hard to keep up with the single greatest threat to the US as they are so many of them. Never mind that the FBI Director says that cartel activity is spilling over the US border. Never mind the cartels, China or Russia as they apparently are only shiny objects.

Joe Biden is a f**king idiot.

The biggest threat to the US is- envelope please- Joe Biden.

have you seen any white supremacists lately?? surprise, supremacists come in all colors and a variety of flavors. the demented, race baiting, pedophile meets with Putin on Wed in Geneva. no has declared that there will be no press conference, he needs to concentrate on the shit his handlers have given him. the brain dead idiot can not move and think at the same time. most embarrassing transpired at the final dinner at G7. the idiot shows up 5 min late, a major international breech of etiquette . the world’s perception of this demented fool is staggering. the foreign press and cartoon artist are having a wonderful time portraying this demented idiot, with and without a brain and or clothing.
foreign press is wonderful to read. better in the original French and Russian

[…] Biden: The Biggest Threat to the US Is…..Envelope Please. Uh, Make That Three Envelopes. […]

Biggest threat to the United States…………
the democrat party.

” “Our willingness to see each other not as enemies, as neighbors, even when we disagree, to understand what the other is going through.”” Can there be a more laughable statement from the erstwhile leader of the party that is all about personal attack, both politically, rhetorically and physically? They don’t want fair voting; they want PREDICTABLY CONTROLLED voting.

The biggest threat to the United States and, thus, to the world, are people stupid enough to accept anything idiot Biden states as fact.

PRETENDING BIDEN IS PRESIDENT is a fools folly, Biden is a meat puppet a shield if you will for those radicals who actually run things. Writing that Biden is an Idiot is inaccurate in as much as he is in charge of anything other than front man. What we are witnessing is government by secret cabal, unelected, unknown and unaccountable for anything that they do. In the end they will walk away free of any culpability all will be placed at the feet of the senile octogenarian. We have a wife leading around a feeble old man while she does his work and with the cabal makes life or death decisions that the citizens may be forced to live with for a generation all the while in plain view of the Pravda of out time the legacy multimedia corporations as the cabal treats a senile old man as a prop, no better case of elder abuse has been more public in American history at such a high level since Wilson had his stroke and his unelected wife took over for him, this time they hid him from us so that they could steal an election based on a fraud. If I didn’t hate what they are doing to this country and the senile old man I would feel sorry for Joe Biden a man who’s corrupt legacy was hidden from us and who senility makes him a danger to the country, because we have no recourse for replacement under current situation as the cabal will not give up power while Biden lives!

For example, it’s been apparent to me that Obama is much more openly gung-ho on a lot of socialist agenda items and racial justice crap than he was when it was all his responsibility. In other words, he wants to push all this destructive garbage and let idiot (he IS an idiot) Biden take the blame for everything that craters (which will be everything).

The biggest threat to America?

The Communist/Globalist/BLM/Antifa/Enviro-nut party that calls itself “Democratic”.