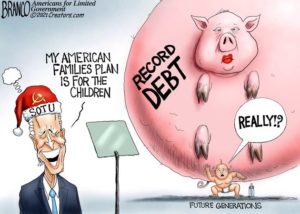 Welcome back! Another relatively light post as I continue working on my series. And this week got disrupted by the passing of Mother Bob. All good – lived a good, long life & had people who cared for her around her up to the end. But life goes on, and since Leftist insanity never sleeps neither does this weekly update:

First off, for anyone looking for some light reading, six bucks on Kindle will score you this new pubication: Who Was Karl Marx?: The Men, the Motives and the Menace Behind Today’s Rampaging American Left

4/28 – Coldest Valentines Day On Record In The US

5/1 – The Kentucky Derby Turns Down The Woke Left, Refuses To Cancel Playing Of ‘My Old Kentucky Home’

5/2 – Rioters at Trump’s 2017 Inauguration Getting $1.6 Million Settlement From DC Over Their Arrests

5/3 – By Democrats’ Standards, Their School Closures Are Systemic Racism

5/6 – Core Issues in Labor Policy: Every Job a Factory Job

Have a great weekend, and Happy Mothers’ Day! In honor of mothers everywhere here’s a long distance dedication about a boy sticking up for his mom

Breakout session at this year’s NAMBLA Convention isn’t as diverse as they’d like. pic.twitter.com/t9MJeLLvr8