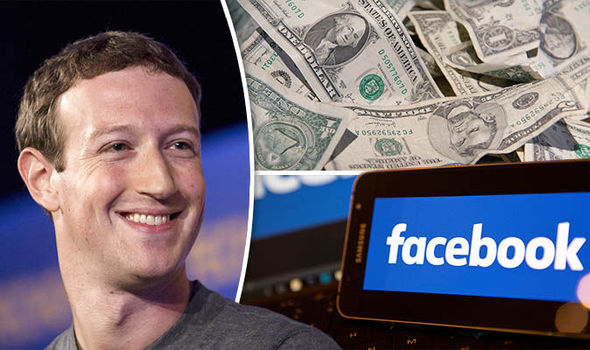 An example of this is Michael Bloomberg’s efforts to fund “Special Assistant Attorneys Generals.” in the actual Attorneys Generals offices in half a dozen large cities across the country.  Those SAAGs are tasked with a specific focus on climate change and act as liaisons between AG leadership and NGO’s and other interested parties. The goal was to step up and move the issue of climate change forward in the face of Congress refusing to move on the threat.

Another more recent effort to address government dysfunction had to do with voting.  After the chaos of 2000, the Russian influence scandal of 2016, and complaints about lines and closed precincts after almost every election, it was clear that America’s voting system could use some assistance.

As might be appropriate for the high-tech world we live in, it was a master of the Silicon Valley universe who stepped into the breach to provide assistance to the very low tech world of voting; Mark Zuckerberg. He and his wife contributed over $350 million to the nonprofit Center for Tech and Civil Life to pay election workers, drop boxes, foreign language information, train poll workers, rent polling locations, and count votes during the 2020 elections.

The result was a far more robust election functionality in the locales where the money was focused.  For CFCL it was what you would call a home run.  Take Maricopa County Arizona for example.  The county, with its 2,000,000 votes – including Phoenix – represents over 60% of Arizona’s electorate.  CFCL spent approximately $3 million in the county.  The result?  Much higher turnout.  Donald Trump received 995,665 votes, 250,000 more than he did in 2016 for a 33% increase.  Joe Biden garnered 1,040,774 votes, a whopping 340,000 or 48% more than Hillary Clinton did four years before. Zuckerberg and CFCL certainly had an impact.

To see how much, look at the rest of Arizona where CFCL spent 30% less.  Trump’s 2020 total grew by 32% (compared to 2016) while Biden improved on Clinton’s total by 38%.  In Maricopa County where Zuckerberg spent $3 million the Democrat candidate increased his total by 48% while the GOP candidate grew his by 33%, a difference of 15%.  In the rest of the state, the difference between 2016 and 2020 was 6%. CFCL essentially boosted Maricopa County’s turnout by 9% compared to the rest of the state.

That CTCL model played itself out in a handful of states that gave the election to Biden.  Pennsylvania, Wisconsin, Michigan and Georgia.  In each state CTCL spent millions of dollars in heavily Democrat counties and drove almost unprecedented increases in voter turnout and troubling vote irregularities.

Today, in this particular case, half the country might suggest all of that is Constitutional.  In fact, it’s not.

In the 1960s the United States was in the midst of an upheaval of monumental proportions where racism and Jim Crow laws were being challenged virtually everywhere. People were being treated differently with the government’s imprimatur.  The Civil Rights and the Voting Rights Acts were passed specifically to ensure the Constitutional requirement that people were treated equally.  MLK’s I Have a Dream speech epitomized the goal of the journey that the United States embarked on over the next few decades.

Fundamentally Americans understood that people should be treated equally, particularly by the government.  Government has power over you that no store or school or hotel does.  Government can raise your taxes, impact your ability to open a business, dictate where your kids go to school, and most importantly, put you in prison.

As such, Americans expect the government to treat everyone equally, and according to a report released by the Amistad Project, Zuckerberg’s CTCL not only didn’t do that, the expenditures were in direct violation of federal law:

This privatization of elections undermines the Help America Vote Act (HAVA), which requires state election plans to be submitted to federal officials and approved and requires respect for equal protection by making all resources available equally to all voters.

The provision of Zuckerberg-CTCL funds allowed these Democrat strongholds to spend roughly $47 per voter, compared to $4 to $7 per voter in traditionally Republican areas of the state.

While there are most certainly areas of government where private/public partnerships can play a role – things like feeding the hungry, sheltering the homeless, and substance abuse aid – none of those things involves the police power of government or determining the representation in the government itself.  Bloomberg’s efforts involve the former and Zuckerberg’s impact the latter.

The government is supposed to be objective in the execution of the laws and by allowing private entities to illegally do the various functions of the state, the government is essentially putting its thumb on the scales that keep the Republic balanced.  Just as it would be unconstitutional for Exxon to fund the enforcement actions of the EPA, the NRA to fund agents of the ATF or the Proud Boys to do enforcement work for the Border Patrol, it’s equally unconstitutional for billionaires or anyone else unaccountable to the people to be bankrolling election processes and activities.

No doubt had Donald Trump won with similar assistance by a nonprofit funded by Larry Ellison, John Schnatter or the late Sheldon Adelson, the nation would be subject to wall-to-wall cries that the election was fraudulent and that Donald Trump was a fascist dictator. And indeed that would have been true.  Had GOP-aligned “nonprofits” provided training and helped to count votes in predominantly red counties and precincts, Antifa, BLM and Democrats would have “protested” and likely burned Washington to the ground.  Instead, as it was, in the face of the clear theft of the most important election of our time a few hundred Trump supporters broke into the Capital and took selfies with the Capitol Police, put their feet up on Nancy Pelosi’s desk, and caused minor mayhem.

And so today as we “celebrate” the first 100 days of the fraudulent Biden administration, it might be useful to sit back and recognize exactly what the 2020 election foretells.  Unless this unconstitutional election is somehow set aside, or laws put in place to make sure the theft is never repeated, we will have crossed the Rubicon into a post-Augustan Rome where the Imperial Throne is up for grabs to whoever comes up with the most gold for the vote takers and counters. Given that Kamala Harris is the next in line… it wouldn’t surprise me if we didn’t have our own Year of the Four Emperors.

The product of a military family, growing up in Naples, Italy and Guantanamo Bay, Cuba, and being stationed in Germany for two years while in the Army, Vince spent half of his first quarter century seeing the US from outside of its own borders. That perspective, along with a French wife and two decades as a struggling entrepreneur have only fueled an appreciation for freedom and the fundamental greatness of the gifts our forefathers left us.