John Kerry is an Iranian asset 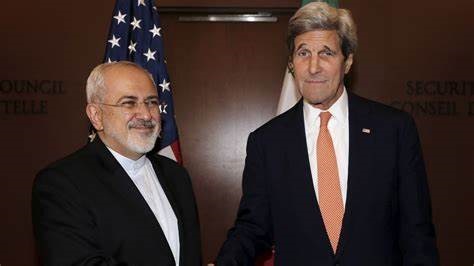 His duplicity goes back a long, long way. 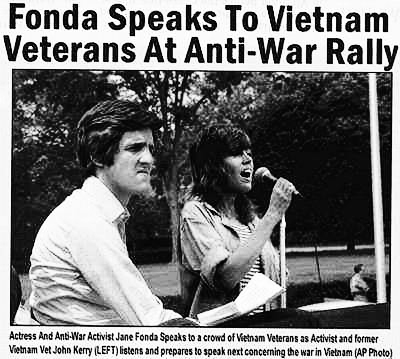 He testified against his fellow soldiers- testifying to things he never witnessed.  His third Purple Heart has a dubious justification. The Swift Boat Vets I knew looked upon him in less than a positive light to say the least. He never stopped being an effete prig. He got worse.

He undermined his President.

Iran is the world’s leading sponsor of terrorism, and they have a friend in John Kerry. In February, it was learned that Kerry worked to undermine President Donald Trump.

President Trump in 2019 sought to open a back channel of communication with top Iranian officials and saw the U.N. General Assembly meeting in September as a potential opportunity to defuse escalating tension with Tehran, but the effort failed.

Two months earlier, however, a different back channel was thriving in New York. Iran’s smooth, English-speaking foreign minister, Mohammad Javad Zarif, met with Robert Malley, who was President Obama’s Middle East adviser, in an apparent bid to undermine the Trump team and lay the groundwork for post-Trump relations.

The attempt at counter diplomacy offers a window into the deep relationships Mr. Zarif forged with influential U.S. liberals over the past decade. These relationships blossomed into what high-level national security and intelligence sources say allowed the Iranian regime to bypass Mr. Trump and work directly with Obama administration veterans that Tehran hoped would soon return to power in Washington.

One of those was former Secretary of State John F. Kerry, who met with Mr. Zarif during the Trump years. So did Obama-era Energy Secretary Ernest Moniz. They, along with Mr. Malley, were top U.S. negotiators of the 2015 Joint Comprehensive Plan of Action (JCPOA). As part of the deal, Tehran promised to limit its nuclear enrichment activities in exchange for economic sanctions relief and access to tens of billions of dollars in frozen bank accounts.


Secretary of State Mike Pompeo unloaded Friday on his Obama-era predecessor John Kerry for “actively undermining” U.S. policy on Iran by meeting several times recently with the Iranian foreign minister, who was his main interlocutor in the Iran nuclear deal negotiations.

In unusually blunt and caustic language, Pompeo said Kerry’s meetings with Mohammad Javad Zarif were “unseemly and unprecedented” and “beyond inappropriate.” President Donald Trump had late Thursday accused Kerry of holding “illegal meetings with the very hostile Iranian Regime, which can only serve to undercut our great work to the detriment of the American people.”

Pompeo said he would leave “legal determinations to others” but slammed Kerry as a former Secretary of State for engaging with “the world’s largest state-sponsor of terror” and telling Iran to “wait out this administration.” He noted that just this week Iranian-backed militias had fired rockets at U.S. diplomatic compounds in Iraq.

“You can’t find precedent for this in U.S. history, and Secretary Kerry ought not to engage in that kind of behavior,” an agitated Pompeo told reporters at the State Department. “It’s inconsistent with what foreign policy of the United States is as directed by this president, and it is beyond inappropriate for him to be engaged.”

Now it turns out Kerry kept Zarif informed as to Israeli covert actions:

According to the Times, Zarif revealed he was often kept in the dark regarding security matters “sometimes to his embarrassment,” and that “to his astonishment,” Kerry, who continued meeting with Zarif even after leaving office, told him that Israel had attacked Iranian interests in Syria at least 200 times.

Kerry is a traitor to his country by conducting his own foreign policy, or rather, the obama foreign policy. He makes very clear that he has become an asset of Iran and is serving them. The JCPOA has helped forge was and is a toothless piece of garbage as a treaty. It was an ornament to put on the mantle. At most all it did was kick the can down the road and leave the reckoning to others while giving something to obama and Kerry to preen over.

Kerry’s loyalties were always questionable, but this is truly audacious. Kerry is an asset of the world’s leading sponsor of terrorism.

This is a clear violation of the Logan Act and there is great irony here. It was Joe Biden who in the infamous Oval Office meeting in January 2017 suggested that Michael Flynn be charged with the Logan Act for doing nothing unethical. That suggestion was the catalyst for the lynching of Michael Flynn.

It is John Kerry who should be punished. Severely. He deserves all the benefit of the doubt Trump was given.

Which is to say, none.

The simplest and most basic requirement for any deal should be insisting Iran denounce state terrorism before ANY discussions commence, but this never occurs to those who accept terrorism as a political weapon.

What the idiot Biden lacks are AMERICAN assets to look out for the best interests of US citizens.

“John Kerry is a marxist fool.” There , fixed it!

John Kerry has always been a subversive! He has been a perfect democrat being he is a liar and has colluded with the enemy for most of his life. I do not see his radical friends defending him here. I also do not see them defending the country, either. Greg?