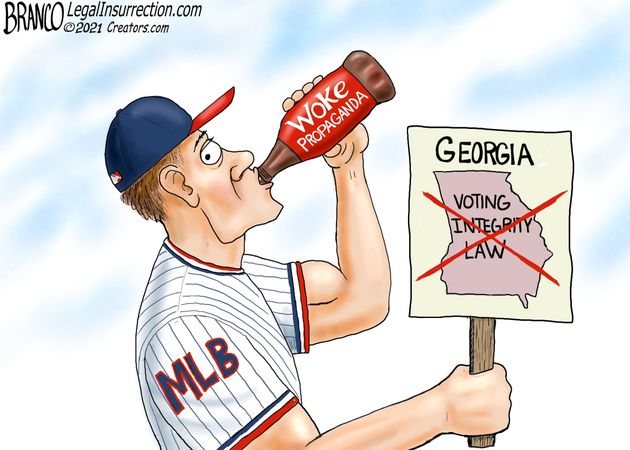 Welcome back to Day 87 of the Harris* Occupation! On to the crazy:

That’s just not fair – it would take a cold, dark heart to not be able to laugh at the antics of Gulag Barbie

Again, stuff I’d rather not see but if lawfare puts these jackyls on the defensive it’s energy that can’t be used to wage war on us Normals

History may not repeat, but it rhymes. I’m surprised that this post didn’t mention Venezuela, as the parallels today are a lot closer to them as opposed to the other Socialists seizing power in the previous century.

I’m reminded of a great line from the otherwise disappointing Star Trek V, where Kirk asks, “Excuse me? But if you’re God, why do you need a ship?” Needless to say, Kirk’s question did not go over well. Just like TuCa’s calling out Leftist racism gets the usual projection of them calling him a racist.

I’ve been making this argument for a while now. The gand at Right Angle does their usual great job with this topic.

This was an incredible moment live on CNN, when a man in Minnesota walked up to Sara Sidner, and absolutely unloaded in an f-bomb-laden rant: “It’s all the press and all the extra shit ya’ll do makes this worse…Get away from here with all that media shit.” pic.twitter.com/DFsszxHyeV

Whatever the Left wants is infrastructure.

You know what’s not? Roads & bridges.

ONLY 5% OF BIDEN’s “INFRASTRUCTURE” BILL IS ROADS & BRIDGES. 🤡🤡 https://t.co/jgP3ZEwGCy

This is simultaneously the saddest and funniest thing I’ve seen in a while.

If you can’t think of a better way to phrase your plea for attention than a repetitive incantation, maybe, just maybe, they’re interrupting you for a reason. https://t.co/GU9cFNMoIC