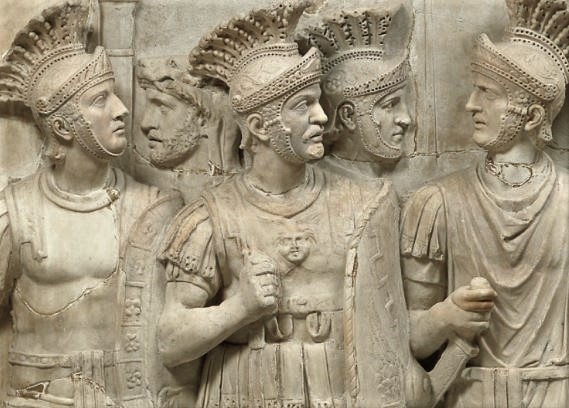 Back in 2008 when Barack Obama was running for the presidency I was virulently opposed to his candidacy. I was not a huge fan of John McCain, but given the two I voted for McCain. McCain was a war hero by any stretch. Not only did he fight for his country and survive five long years in the Hanoi Hilton, but when given the opportunity to leave before others who’d been there longer because the North Vietnamese wanted to curry favor with his father, he refused. I disagreed with much of what McCain did as a Senator, but I knew he had America’s best interests at heart, something I never felt Barack Obama did. When Romney ran my reservations about him were similar to those about McCain, but once again I voted GOP.

But a funny thing happened on the way to Barack Obama’s inauguration in 2008… I apparently had magically transformed into a racist. Who knew? With the rise of the Tea Party movement, I, along with anyone who disagreed with the first black President of the United States was branded a racist. Somehow, because Barack Obama was black, my fundamental differences with “mainstream” Democrat policies made me a racist. Nevermind that I would have disagreed with the exact same policies had they been proffered by Joe Biden or John Kerry or Nancy Pelosi or Hillary Clinton or anyone else. No, suddenly it’s wasn’t my opinions or my actions that made me a racist, but simply the fact that I opposed the policies of a black president. Unimportant is the fact that I believe the smartest man in America and one of the most admirable human beings I’m familiar with is Thomas Sowell, a black man. Unimportant is the fact that I think Justice Thomas is easily one of the most brilliant men ever to sit on the Supreme Court. Unimportant is the fact that one of the most respected men in my life personally was a black man. I disagreed with Barack Obama’s policies and therefore I was a racist…

If that sounds strange, it should. Because words actually mean things. When they stop meaning things then we lose our foundation for a coherent society. And that is exactly what is going on today with the Democrat party. Disagree on policy? You’re a racist. Support Donald Trump? You’re a cultist. Assert election fraud? Suddenly you’re a terrorist.

Democrats have taken to defining their political opponents not only as the enemy, but they are using the English language as a tool to literally destroy the United States. Racist actually means something. According to Webster, it means this: A belief that race is a fundamental determinant of human traits and capacities and that racial differences produce an inherent superiority of a particular race. That is a pretty specific definition, and it’s one that likely very few Americans actually believe and act on. There are indeed racists among us, but until 2008 racism was a tiny problem in America. Hate crimes had plummeted over the 20th century to become almost nonexistent by the dawn of the new millennia. Then came 2008, 2016 and finally 2020.

From “The police acted stupidly” to Kaepernick to Ferguson, America took a giant step backward in race relations during the presidency of Barack Obama… but the worst was yet to come. Donald Trump added an entirely different element to the storm. He’s a guy who seems to have no filter and often insulted delicate snowflakes with language that often sounded more like what you’d hear in a locker room or on the factory floor of a steel mill rather than on a dais at the UN. But more than his words, it was his ideas that were abhorrent to Democrats and establishment Republicans alike: Get the government out of people’s lives. Reduce government power! Allow citizens to be free and keep more of their own money. Stop endless wars. Those words are Kryptonite to career government apparatchiks, contractors and the universe of sycophantic lobbyist and media pilot fish that swim around them and feast on their scraps.

And so today we find that Democrats, having fraudulently eliminated the single biggest threat to the leviathan of government power in a century, have decided to eliminate all potential for a resurrection of any such threats. Not only is the left seeking to bar Donald Trump from ever running again, they are seeking to demonize and ostracize his supporters… fully half the population of the United States. How? Language. You’re labeled a racist or a terrorist or a fascist on social media, where friends, friends of friends and potential employers can see. (That should help you getting your next job.) Most pernicious of all is the assertion that Trump supporters are “terrorists”. The terrorist designation used to be reserved for people who blow up planes, kill innocent people in discos or set fire to churches or synagogues. Today however that is no longer the case. Simply stating that you believe the Democrats stole the 2020 election is sufficient to get you labeled as such. Stating you support Donald Trump is sufficient. And voicing support for Congress to investigate anomalies in the election is apparently sufficient.

This wouldn’t be a catastrophic problem if it was limited to social media because you can always leave the platforms or try and build another… but, being designated a terrorist and landing on a government watchlist has enormous consequences for actual people, from the inability to fly to risking the custody of your children to your ability to exercise your 2nd Amendment rights.

Make no mistake, that is exactly where we are headed and exactly what they want. Democrats discussed throwing out of Congress members who supported the president in his calls for a review of the election. They’ve talked about making lists of his supporters and even “reprogramming” white supremacists, which is what all Trump supporters apparently are. And based on this fiction of widespread “white supremacism” the Biden administration is “standing down” the American military in order for commanders to address “extremism” in its ranks… So essentially one political party is seeking to eliminate all supporters of their opposition from within the ranks of the military – despite soldiers taking an oath to uphold the Constitution, not a man or party – so that should they call on the military to support their purges, they will face less resistance from soldiers who understand the Posse Comitatus Act and who might be adverse to raising their weapons against law abiding American citizens. The Democrats are essentially using the fiction of Trump supporters being terrorists to craft the military into a Praetorian Guard for use against the American people when and if necessary. Anyone with a familiarity with the Roman Empire understands why that might not be conducive to a free society.

Supplementing all of the machinations within the government is the takeover of the town square, Vis-à-vis the blocking of Trump and his supporters from social media platforms, banking or even being tracked.  And with the cancel culture seeking to keep Trump supporters out of colleges, jobs, and the quashing of publishing contracts you have the modern equivalent of book burning. What’s more, the authors, readers and supporters of such unapproved content will be figuratively stoned in the public square until they surrender their minds to the majority.

And so here we are, in February 2021, two weeks after Joe Biden and the Democrats took total control of Washington and on the eve of an Impeachment trial so unconstitutional it would be laughable if it were not so indicative of what it foretells for freedom. The goal of the Democrats is to eviscerate any opposition and that starts with the man who inspired 75 million Americans to seek to Make America Great Again.

Regardless of the outcome of the Impeachment trial, the die has been cast, and it is indeed dark. The Democrats seek complete control of the American government, unlimited authority over every aspect of American life and most of all, total domination of the American people. They will of course use their traditional tools of regulation and taxation, but it’s not enough. They have new tools: name calling, book burning, intellectual fascism and focusing of the military on domestic enemies. Those policies didn’t end particularly well in Nazi Germany or the Soviet Union, and I wouldn’t expect them to end well here either.