Why are Leftists Always so Miserable? (2 of 3) 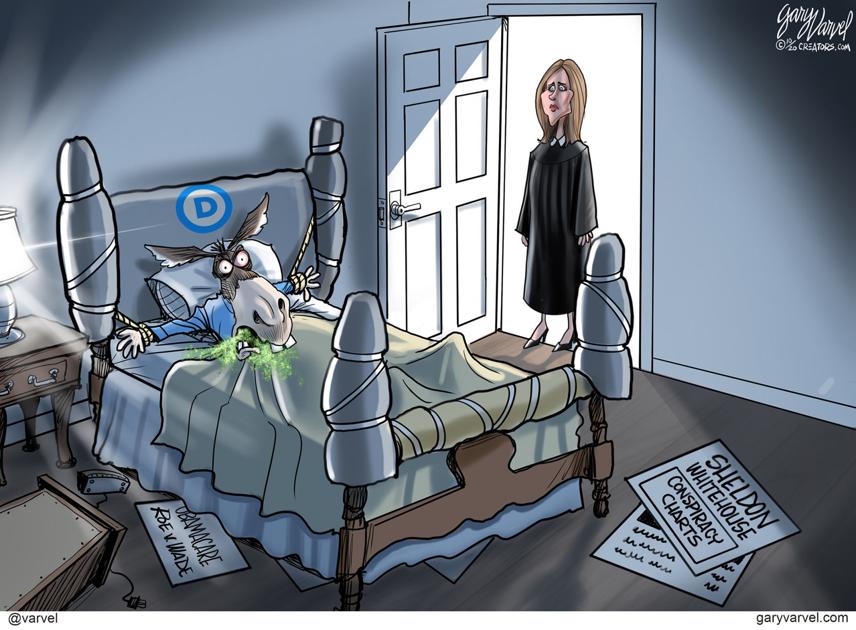 Yesterday I published a piece talking about Leaving Facebook, breaking down how & why I broke my Facebook addiction two years ago. I left off in that piece noting that Sister Babe and I both have a lot of Lefty friends on FB. This is no surprise, since we both have friends from the higher education gauntlet and spent most of our lives living near major cities. But some of our Lefty friends are a lot angrier than others. After a few minutes of talking we figured out the one trait that the angriest share in common, some are single, some married, some divorced, some single parents, and some with large families. None of these traits correlated to the happiness or misery of each, and one factor did. But first a brief trip back to Facebook that bridges us nicely from the last post to this one.

(Language warning – there is some mild cussing from an old post of mine I’m referencing that gets quoted in a bit. Just a heads up in case the kids are nearby)

Even though it’s been a few years, I still remember three particular weapons grade stupidity examples that I saw on FB from three different Leftists:

Dude #1 commented on the Pulse Nightclub shooting in Orlando. As everyone knows, Pulse was a gay nightclub that became a killing field for a few members of The Religion of Peace. Since this did not fit the narrative, Dude #1 took a few steps of convoluted logic to rationalize that the shooting happened because the US is a predominately Christian nation.

Dude #2 posted a tweet regarding migrants from South & Central America trying to come into the country illegally. In response to Conservatives’ pointing out the child endangerment involved in dragging children several hundred miles across a dangerous train, some Lefty tweeted that statistically a kid was more likely to get molested by a Priest than kidnapped by sex traffickers. After the initial facepalm wore off, I was tempted to mention that children are also statistically more likely to get molested by a public-school teacher than a Priest, but decided that joining this conversation would have only lowered my IQ & stayed away.

Dude #3 has always had a strange blind spot for Israeli paranoia (although I’ve never known him to jump on board some nuttier conspiracy theories), and groused something to the effect of that just because he hates Israel and sides with the people who want to destroy the nation and kill all of its citizens doesn’t make him an anti-Semite. A few comments in someone observed that maybe the US support for Israel is because it puts the Jews in the line of fire in the Middle East & keeps them from focusing on us. Dude #3 replied, “Hey, great point!”

These three guys share a few things in common – they all have advanced degrees. All three have spent most of their careers supporting either the DC Federal government or the NGO / Nonprofit Industrial Complex. But the most significant trait that they share is that they are probably the three most vocal atheists that I’ve ever known. And that has been the biggest difference among the many Lefties – faith. Regardless of where on the spectrum of Leftism one falls, the ones who seem to be the most relaxed and happy are the ones with the stronger faith, while the angriest ones are the ones who made Leftism their faith. “But Brother Bob”, you may be asking, “Aren’t you the guy who proudly proclaims himself a Born-Again Existentialist? Dude, it’s even in your profile that appears at the end of every freakin’ post that you publish! You seem to be happy, or is it just a front?” Fair point, and it’s too long of an aside to put here, but for anyone who may be interested there will be a blurb at the very end of the post.1

I’m guessing that many of you have observed the same. in general, people who have a strong religious foundation are better grounded than those who don’t. I caveat this with what I call “Bible Thumpers”, an annoying breed I’d occasionally encounter when I lived down South. OK, I know Florida isn’t truly “The South” but my days in Tampa were the only time I’d encounter this breed. The BTs are basically our side’s equivalent of The Left’s SJWs. Rather than use religion as a source of strength they flaunt it in an effort to virtue signal. You may have encountered them – the kinds who find a way to weave the phrase “My church” into every conversation, and from that point on it’s only a question of if, not when, that they suggest that you come on down to their church some time. Thankfully they are a far rarer breed than the majority of spiritual folks who use their religion as a source of inner peace and outer strength. So why are the less religious, particularly the Lefties, always so angry?

Put simply, Leftism is their religion. And for reasons that I don’t need to go into, Leftism always ends in failure and destruction. And because Leftists are never capable of accepting responsibility for their actions, when the Hopey Changey paradise that leftism promises never arrives, it’s always someone else’s fault. They bitterly cling to religious substitutes, such as the death cult of Climastrology and its promise of the Apocalypse in 5-10 years for the last few decades now, or the bizarre urge to kneel before fellow Americans based on their skin color. It’s also why Lefties are far more susceptible to some bizarre choices of people who they look for as a savior. We saw the borderline idolatry of Ruth Bader Ginsberg, We’ve even seen some bizarre characters that they tried to elevate, such as the head scratching choice of Stacy Abrams. And of course, we saw this at its peak with the deification of Obama and the inevitable disappointment. Think about it, since 2008 how many times do you remember Leftists in general being happy. I can think of only 3 times – when Obama was elected, when Obamacare passed, and when The Supreme Court turned gay marriage into a sacrament. I’d add as a possible 3.5 the run-up to the 2016 election & the anticipation of Hillary taking up Obama’s mantle in the destruction of America. Aside from those times, they’re always angry. Why? Put simply, those times I mentioned gave them the power to tell the rest of us how to live our lives. And when the Normals said “no”, or reality caught up with their ideas, the bad ideas not working made them angry and they looked in the wrong direction as to why. Regarding Obama, as I wrote eight years ago (profanity warning):

It’s never a good idea to stick your head up somebody’s ass. Eventually you face the reality that nobody’s shit tastes like ice cream. And when you wake up and pull your head out you come to realize that you’ve only swallowed a load of shit. And the farther up you stuck your head up that ass and the longer you leave it in, the more shit you end up swallowing.

And that pretty much sums up why so many Leftists seem to live in this constant state of fear, anger, and paranoia. But why do they choose this twisted faith that leads to misery? Tomorrow we’ll wrap up this mini-series with The Most Basic Difference Between Leftists and Conservatives.

1 OK, I promised to come clean on my religious views. I was raised Catholic, and as I grew up, I became more and more skeptical of my faith. For example, while I always wanted to believe in God & the afterlife, I always wondered if all of those hours in church would be wasted if there was no heaven. I also remember once asking one of my religion teachers what good it did praying for recent victims of natural disasters since they were already victims. I don’t remember her answer – while it wasn’t disrespectful or condescending, I don’t remember it persuading me, either. Then a number of events in my early 20s led me to take a hard look at my faith and I felt like deep down I never truly believed. So, I reached back to my favorite book of all time at that time, The Stranger, and declared myself an Existentialist. And rather than a feeling of emptiness or sadness, it gave me a sense of… relief. I was free of trying to believe in something that I wanted to believe, and in its place, I found that not believing in an afterlife made my time here on this Earth all the more meaningful, but unlike the non-spiritual Leftists, I never adopted that sneering, condescending view of people of faith. OK, maybe a little bit during my late 20s during my days of encountering Bible Thumpers, but not to the extent that Lefties do. And ironically, when I moved to DC and worked for a somewhat sketchy organization, my last two bosses there were both devout Christians. They never wore their faith on their sleeves, but they also never hid it either. And for that matter, I would end up marrying a spiritual woman in Sister Babe. There’s an end to this story, but it will fit in better with tomorrow’s post.