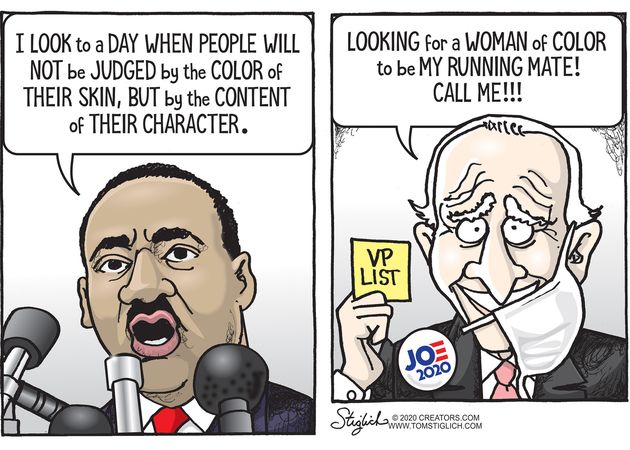 Another week, another several days of Leftist insanity. In a quick look under the hood, just as things started turning the corner in Bobworld, the jet fuel geniuses at Blogger (where I compose my posts) decided to drop on us a bunch of “upgrades” that nobody asked for. Hence some weird fonts in the post while I figure out an easy way to scrub out all of the extra garbage code that Blogger now forces into my posts. Might be time to look for another hosting site – any recommendations on the free side? OK, enough of my kvetching, on to the insanity:
8/6 – The High Costs And Low Benefits Of Electric Cars

Another mostly peaceful assault strangely ignored by the press

Is it time to ask why Democrats are insisting on this unlateral action that ignores the international community?

8/10 – More evidence that Americans are fighting back

People are fed up with the left, they’re getting their spirits back, and they’re remembering that America standard for one nation, under God, indivisible, with liberty and justice for all. I’ll give the last words to Mike Tyson, words that seem to have been written for those Antifa youth whose original training ground was getting into Twitter wars while sitting in their parents’ basements: “Social media made you all way too comfortable with disrespecting people and not getting punched in the face for it.”

This had crossed my mind a few months ago. Maybe there is a silver lining to the teachers’ unions trying to help the Dems cripple our economy for teh election.

I could not disagree more with Tara Reade’s assertion that the Democratic Party has become an enabler to sexual predators. Where has she been for teh last 50 years?

What a great position to be in – snub Gulag Barbie and offend your lunatic base, or let her speak and show the Normals the lunatics that have taken over your party. Popcorn, please!

8/14 – What the heck is going on with those retired military officers?

Disturbing. Be sure to click the link in the article to Kurt Schlichter’s take on this.

And on that cheery note, have a great weekend!

Jim Acosta has literally tweeted more complaints about him being “booed” than he has about Molotov cocktails being thrown at courthouses by folks he supports https://t.co/g5oENnC3NV

Your name is literally kill all men pic.twitter.com/UMcuJPZr4J

@shaunking if you won't vote for Biden then you ain't black! Oh, wait a minute… https://t.co/rxSyVCdZOK

Makes sense.
How do you prove you voted unless you have a purple inked digit or an “I Voted!” sticker on your top?

And our Deep State Post Office has quietly removed letter sorting machinery from 19 mail sorting machines from five processing facilities across the U.S.

It’s not like we’d need them during an election mail in ballot surge, or anything, right?

“““““““`
In related news, the Post Office has sent a letter to Pennsylvania, a battleground state, telling it that its mail-in ballots won’t be counted because their rules put ballots coming in too late!
https://www.aol.com/article/news/2020/08/14/usps-warns-at-least-2-states-that-mail-in-ballots-may-not-be-delivered-on-time/24590169/

We get a surprise visit from the Donald, no one seems to know any details at this point except Oshkosh.
They could bring in AF1 at the Wittman airport as they host the EAA (cancelled this year like all things fun) and they can bring in B52s to the Concord.
This visit just happens to be the same day the DNC covid chickens are kicking off the non-convention in Milwaukee. They squeal its a political stunt..well yes..(big smile) yes it is.

My father was a retired Air Force Colonel.
He wrote a letter to our small-town newspaper that was critical of then-president Jimmy Carter.
He received a notice from the DOD that he could be prosecuted for that and lose his retirement.
A small town newspaper!
My, how times have changed.

8/6 – The High Costs And Low Benefits Of Electric Cars

People are not supposed to realize that the energy has to come from somewhere and solar and wind are NOT the source of the future. But, enviro-Nazis driving around in their Volts or Telsas could care less about child labor dying in mines.

The High Costs And Low Benefits Of Electric Cars

You know, even when most people would have to travel great distances over terrible roads to vote, they STILL didn’t rely on vote by mail… LONG before Democrats realized the fraud potential.

8/10 – More evidence that Americans are fighting back

Like my story above, I hope this starts a trend for people to stand up to these cowards. They rely on greater numbers and a friendly local government to get away with their political terror.

Some parents may have gotten a legitimate education and can detect indoctrination when they hear it. No surprise some far left “teachers” would want to maintain secrecy.

Oh, no. Democrats should not be allowed to get away with turning their “BelieveHer” bullshit on and off like a switch. As is expected of fine people like Kavanaugh, Biden needs to prove he is innocent.

Shades of 2008… the Democrats get their candidate by being as far left as is possible without falling off the California coast, then turn into moderate centrists to get the vote of non-socialists.

8/14 – What the heck is going on with those retired military officers?

Interesting how the left has to continually concoct fantasy scenarios to maintain their hatred and distrust of Trump. They KNOW he is right and is doing what is best for this nation and to hate him, they have to turn him into the monster they want him to be…. THEMSELVES.

In related news, the Post Office has sent a letter to Pennsylvania, a battleground state, telling it that its mail-in ballots won’t be counted because their rules put ballots coming in too late!

I had no idea thayt the USPS was racist

@kitt: This visit just happens to be the same day the DNC covid chickens are kicking off the non-convention in Milwaukee. They squeal its a political stunt..well yes..(big smile) yes it is.

My, how times have changed.

Sad but true. And the Schlicter link is a depressing look at what’s been done to our military.

Shades of 2008… the Democrats get their candidate by being as far left as is possible without falling off the California coast, then turn into moderate centrists to get the vote of non-socialists.

These days Leftists think that anything two steps to the right of Michael Moore is “moderate”. They have no concept of how far to the left the Democrats have been dragged by the radicals who’ve taken it over

@Brother Bob: Then again, they could just be lying. I hoped Obama had lied about much of his socialist agenda, just to get elected. But, no… he was a socialist that hates America.

@Deplorable Me: I doubt it – they’re emboldened and have no problem being public about how much they hate this country and want to destroy it

@Brother Bob: I hope next week you include California’s proposal to make people that move away pay taxes for 10 years. That’s my favorite story this week!

You know they are in dire straits when they suggest something so unconstitutional as that. They can go f**k themselves with that horses**t. I won’t be paying them a dime and will have no regrets leaving this POS State behind. So many people are leaving the coasts its driving up the housing market in the middle of the country. It’s great!

@Curt: Of course, they make no allowance for all the taxes they imposed AFTER you move there. But, that’s the liberal solution to their incompetence and mismanagement.