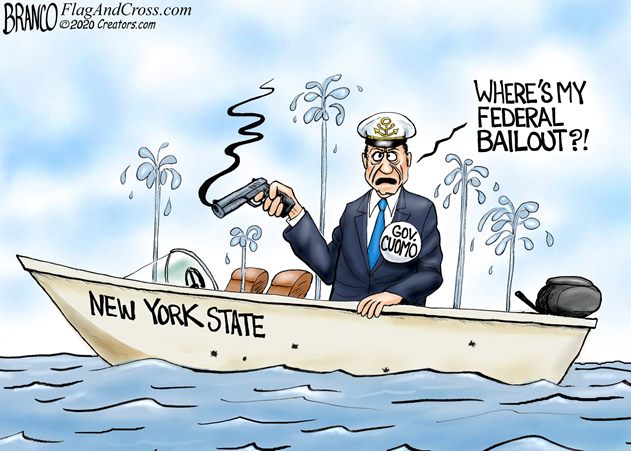 Welcome back! Straight to The Wayback Machine of insanity…

I can’t verify the video, but it passes the smell test. This is one of many reasons you shouldn’t trust the WHO.

5/18 – Resolving the Argument Between Lockdown and Liberty

I’m not too worried about this, as even the Deep Staters know there’s only so much they can push onto the peasants before there’s a revolt.

Um, Joe? Maybe it’s not a good idea to baselessly insult the owner of one of your most reliable PR firms (The Washington Post)?

Another example of the malice of the Gaystapo

Short answer: No. No chance at all. Demographics = destiny, and The Radical Left has been running a decades long campaign of replacing Americans with foreigners who will cast the votes that Americans won’t do. It might make a difference in states that Leftists haven’t destroyed yet, though.

I have a lot to say on this one, and realized it’s too much for here and warrants another of my “Waiting for Godot” posts to come. So I’ll just suggest that, as one of the leaders of the Vichy Conservatives, Jonah Goldberg take the sage advice of Dean Wormer: “Fat, drunk, and stupid is no way to go through life, son.”

5/25 – Whitmer’s Husband Asked For Special Treatment In Getting Boat On Water After She Urged People To Not Go To Area, Report Says

Please let Sundown Joe pick Governor Karenvaffen as his running mate. Just like with Joe, the ads will write themselves.

MS-13NBC earns itself a well deserved smackdown from a citizen journalist. Damned shame they didn’t have a journalist present to capture the story.

Now THIS is the kind of mask shaming I can get behind!

Prosperity is the disease. Democrats are the cure.

I’ve been wondering about this for a while. For that matter, why aren’t softball “interviews” by the likes of Ellen, Oprah, etc. comnsidered campaign contributions? And yes, the press’ treatment of Candidate Trump prior to him becoming their Emmanuel Goldstein would also fall in this category.

ICYMI – I offered my thougts on how Biden and the Democrats deserve each other.

CORPORATE PRESS PLAYBOOK
Accusing people of murder: sick and unconscionable
Calling for their murder: these are tough times we live inhttps://t.co/ZRzylDFh4g