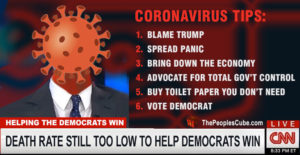 Welcome back! I hope that week one of Kung Flu Lockdown hasn’t been too rough for you and your family. Not that you asked, but things are OK here at Chateau D’Bob. Our house has been a reverse Ozzie and Harriet – Current circumstances has left Sister Babe insanely busy at work, while some contract mix-ups have me unable to work for a few weeks. This actually worked out well to leave me in a position to handle the first week of Little Bob’s school being shut down and basically running his home schooling. And take care of Doggie Bob and all of the general household stuff. Not complaining, just grateful that life’s circumstances left us able to weather the storm. Our week actually ended pretty well – while imperfect, I didn’t completely botch Little Bob’s first week of home schooling, Sister Babe is seeing a light at the end of the tunnel of an insanely busy time on the job, I got a call from the job that we may be back up and running soon, and most importantly, the Philadelphia Eagles signed the one player whose jersey I have wanted to wear ever since he joined the NFL! Sadly, since Slayer has retired from touring I won’t get to rock his jersey at one of their shows.

On a more serious note, I’m assuming any non-troll reading this is already well prepared. Living just outside of The Most Wretched Hive of Scum and Villainy, I occasionaly talk to People Who Know People Who Know Things. And take this with a major grain of salt, but I’m hearing two things – 1) There is talk of DHS may be calling for a national lockdown. This appears to be false, but that doesn’t mean we may see draconian measures at the state and local level. And 2) Current circumstances will probably go on for three or four months. Let us know how you & your family is faming – I’m genuinely interested in how all fo the FA family is doing, so please let us knwo oin teh comments section.

All of that said, let’s get to the crazy with a quick jump into the Wayback Machine for some old but still sadly relevant stories:

Don’t laugh – this could be President Occasio Cortez visiting a foreign country in 30 years.

7/27/18 – Sorry If You’re Offended, but Socialism Leads to Misery and Destitution

Sorry for what? I think that the urban poet Michael Muir has more appropriate way to apologize to Leftists .

Not an endorsement of Q nor everything in this link, but I’m posting this because I knew very little about Q before reading it.

It’s fascinating how walls don’t work. Until they do.

3/13 – Will The Coronavirus Wipe Out The New World Order?

3/14 – Commie Bill DeBlasio: ‘This is a case for a nationalization of crucial factories and industries’

To paraphrase H.L. Mecken, If this goon ever wins another election, his constituents will deserve everything they get good and hard

Remember kids, voting against Democrats is the smart thing to do for a reason!

The only disappointing part of this story is that it takes place in Mexico and doesn’t involve any of our homegrown Antifa thugs barbequeing themselves.

3/16 – The Joyous Resurgence of Global Sexism

Yes, another “study” that somehow is supposed to “prove” Leftist talking points is a load of horse hockey. I am shocked! Shocked I say!

3/17 – Coronavirus Will Give President Trump His Biggest Win

I usually don’t put in a comment this long, but in addition to the piece I linked (which you’ll want to read in its entirety), Ace of Spades’ J.J. Sefton offers this great analysis after you read the story at the link:

Bingo. I agree with Greenfield in that given the nature of this thing, Trump is in fact a wartime president. Funny how in one breath loathsome cretins like James Clyburn and Meathead Reiner claim Trump is like Hitler in the 1930s and then bitch and moan that he isn’t taking strong enough action. Well, okay then. How about President Trump issuing these emergency executive orders:

“…All regulations from the EPA, OSHA, Department of Energy, FTC, HHS, FDA, etc.et al are hereby suspended for a period of eight years so as to allow American businesses with manufacturing and distribution facilities located in China to relocate to the United States, as well as for businesses wanting to open new manufacturing plants here. All corporate taxes are hereby waived for a period of five years after plants are operational. Pharmaceutical and medical supply concerns will be given first priority…

By the way, these “temporary” orders should be temporary the way the emergency federal income tax was temporary during the First World War. I could go on and on but you get the picture. Sure, the Left will scream bloody murder but 50-plus years of overregulation and strangulation of American business and ingenuity by the bureaucracy that only helped grease the wheels for the greedy corporatist/crony bastards at the Chamber of Commerce to destroy the American worker and ship jobs and business overseas, specifically to China, is a slow and now quickening recipe for national suicide. Funny how Rahm Emanuel’s credo of “never letting a crisis go to waste” could actually serve as the model for the President to seriously torpedo the Left. Except this time, we face a real, existential crisis that was in many ways fueled by the Left. So bold and righteous action in the cause of liberating us from real danger are not only justified but what is required.

3/18 – Cult of Climastrology: Coronavirus Is A Great Opportunity To Implement ‘Climate Change’ Policy

Oddly enough, people aren’t seeing the way we’re living now and jumping for joy at the bright future that the Climastrologists are offering

My position on the subject has generally been what I’d call “Squishy pro-abortion” – short answer is I think as a society we’re better off with it not being 100% illegal, but have issues with the crazier opinions, like Governor Coonman making me pay for infanticide, etc. I do think that the argument that Conservatives have gone further to the right is bunk. The Conservative position hasn’t changed – it merely appears so by the fact that for the left what was once supposed to be “safe, legal and rare”, has practically bcome a sacrament in the cult of Leftism.

To close out on a positive note, if you’re wondering how bad things would be if Barry O were still president, look no further than our northern border. While I hate seeing this happen to our neighbors to whom we owe the awesomeness that is hockey, Rush, and The Trailer Park Boys, hopefully in the next election they’ll wake up and get a Prime Minister who will make Canada great again, eh?

ICYMI –  I finally found an angle on this topic where someone smarter than me hasn’t already weighed in, noting that The Left Is Failing at Kung Flu Fighting

From the archives – if you want the long answer on my abortion views, five years ago I asked the fair question of Where Are the Animal Rights Activists on the Planned Parenthood Videos?

Be sure to read below the first two tweet threads – welll worth your time. And a few tweets down, Jesse Kelly shows us all how to appropriately apologize to offended Leftists.

There was a time you would’ve taken to the airwaves to condemn Antifa for threatening to riot in Milwaukee and kill our cops.

But I guess the “Orange Man Bad” narrative is more important than the city that gave you a career in conservative talk radio not burning to the ground. https://t.co/tUYBvfEz1Y

Everyone should respect @AndrewGillum’s privacy as he explains why he was one of three men in a hotel room w 3 bags of meth, too impaired to talk to first responders.

I know what you’re all thinking – this is not very COVID-19 hygienic. #GillumSurge https://t.co/HVjBDNRlZA

✔️Was a lifetime member of the NRA

✔️Believed in a strong military

He was a proud Democrat.

Notice how far the left has shifted?