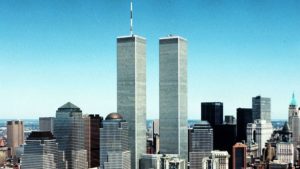 He can be unpredictable. He is certainly unconventional. He is boorish at times.

But he is highly effective.

The US is energy independent.  The economy is doing very well. There are no new wars.

A week ago democrats are the media were praying for a war between the US and Iran and now all is quiet on the Eastern Front. Trump has tightened sanctions on Iran.

democrats have sided with Iran against the US. The media glorified a demon who killed and maimed thousands of American soldiers (and from the grave killed two more today) and killed at least 1500 Iranians in 2019 who were protesting high gasoline prices. Contrary to what the idiotic left wing media tells you, Iranians are not unified in mourning.

Protests erupt against the Revolutionary Guards at Amir-Kabir University in Tehran due to authorities' incompetence and negligence after the recent plane crash that killed more than 176 people.

Some people had claimed Iranians were united after #Soleimani's death. Think again. pic.twitter.com/ILacRPomZv

Donald Trump has negotiated the minefield successfully. In contrast to his predecessors, he accomplished a desperately needed goal- ridding the world of a terrorist on a par with Osama Bin Laden without initiating a global conflict. It made me realize that the world would be a very different place had Donald Trump been President in 2000.

The twin towers would still be standing. There might never have been a war in Iraq.

Osama Bin Laden would be dead.

Bill Clinton told Chris Wallace during their interview on “FOX News Sunday” that he had battle plans drawn to go into Afghanistan, overthrow the Taliban and launch a full-scale search for Usama bin Laden after the attack on the USS Cole in 2000.

But Michael Scheuer, who led the CIA effort to get bin Laden, is telling a different story. Scheuer says in The New York Daily News that plans for an invasion were never presented or discussed in his presence. And he says the only order he received following the attack on the Cole was to come up with a target list for air strikes. He also says Mr. Clinton had 10 chances to kill or capture bin Laden before 9/11, but the president did not use the information he was given.

In the scant hours before the 9-11 attacks, Clinton boasted that he could have killed Bin Laden.

[Berger] picked up the phone at one of the busy controller consoles and called the president. Amazingly, President Clinton was not available. Berger tried again and again. Bin Laden was within striking distance. The window of opportunity was closing fast. The plan of attack was set and the Tomahawk [missile] crews were ready. For about an hour Berger couldn’t get the commander in chief on the line…

Finally, the president accepted Berger’s call. There was discussion, there were pauses – and no decision. The president wanted to talk with his secretaries of Defense and State. He wanted to study the issue further. Berger was forced to wait. The clock was ticking. The president eventually called back. He was still indecisive. He wanted more discussion…

Barack Obama was willing to kill Bin Laden after the fact. He was also willing to kill lots of people in drone strikes, including four Americans– a 16 year old among them.

But he wasn’t willing to kill Soleimani, despite the knowledge that it was Soleimani supplying EFP’s to Iraq and Afghanistan. Despite Iran turning Americans into hamburger, obama wanted a trophy for his mantle and was willing to overlook everything.

Trump had Soleimani ended. I have little doubt he would have ended Bin Laden following the Cole attack.

In 2015 he said “You have to take out terrorists” even if it meant taking out their families.  He has eliminated four of the world’s worst terrorists in a few short months.

The difference between Trump and Clinton and Obama is that Trump is willing to do the right thing, popular or not. He puts the US first. Seeing what he has done and what he’s willing to do convinces me.

The world would be a very different place today.

Contrary to what the idiotic left wing media tells you, Iranians are not unified in mourning.

Should have run that by Greg first.

This country need more people that only care about doing the right thing.

In 2015 he said “You have to take out terrorists” even if it meant taking out their families. He has eliminated four of the world’s worst terrorists in a few short months.

Causing a shortage so began releasing them from Gitmo.

OK, Linda, show us on the computer screen where the bad Trump touched you….

@Deplorable Me: By not worrying about his legacy, he’ll leave a great one. He’s also been shredding obozo’s “legacy” of damage.

Dr John we would have the most Beautiful Flotus ever, they were only dating then.

@kitt: Good point! She is likely the most intelligent, too.

@Deplorable Me: By the way, where are the trolls and greggie, Richie and the rest? Maybe the people of Iran making the left and the MSM look stupid has them hiding?

@Randy: This was no doubt an unexpected topic and they have no off-the-shelf thoughts the left wing thought police have provided them to repeat on the subject.

@Linda Baum: No, that was Joe Biden. Get your memes straight, okay?

my dad told me that Osama could’ve been caught easily. When we brought allegations to the Taliban about him, they said to bring in evidence that Osama was connected to the attacks and then they would give us Osama, but America refused the offer and tried to force them to turn him in. I don’t know if it’s 100% true

American voters were still a bit too smart in 2000 for Trump to have become president.

@Greg: Couldn’t have been too smart, they elected a criminal greggie the rock! It will be by the grace of Trump that Obama will not suffer major legal issues in the forth coming days!

Please remind me who it was they elected in 2000, and then reelected four years later.

@Greg: greggie the rock, they got smarter in 2016, who did they elect then?