Now what? Here are some fun options- including charging Pelosi with extortion 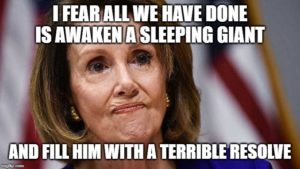 Last night Donald Trump was impeached in an entirely partisan vote on two articles neither of which contained a crime. This morning millions of democrats awoke to learn, shockingly disappointed,  that Trump is still their President and likely will be until 2024.

Last night was touted as being very somber. Nancy Pelosi dressed in black for the occasion. democrats frequently invoked children, the deceased and “God” in the name of impeachment. 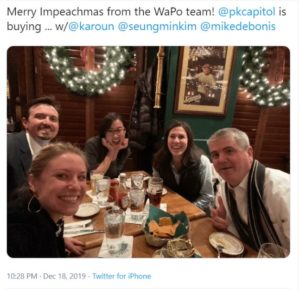 For his part, Trump was completely nonplussed by the event, saying “It doesn’t really feel like we’re being impeached.”

It was interesting watching a split screen of the impeachment vote and Trump rally. There was no loss of enthusiasm during the only completely partisan impeachment in history.

democrats have repeatedly accused Trump of wanting to be a dictator yet they seem to believe they have not a speaker, but a queen. She is making demands of the Senate as a condition of delivering the articles of impeachment to the Senate. For some reason she believes herself to be superior to both the President and the Senate. 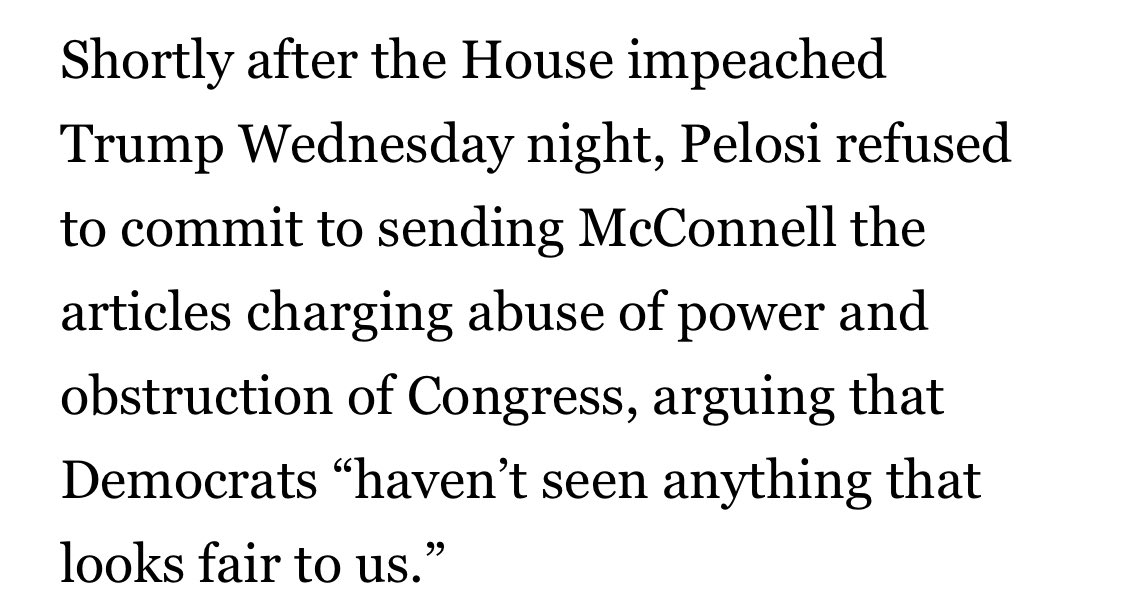 After the railroading of the House GOP this strikes me as kind of audacious. Withholding the articles from the Senate may seem like a slick political move, but it could also lead to some untoward consequences.

For instance, Mitch McConnell could appeal to the Judiciary to dismiss the entire impeachment proceedings. There are even more entertaining options.

Pelosi could be held in Contempt of Congress.

Pelosi could be charged with Obstruction of Congress.

Best of all, the argument could be made that Pelosi is attempting to extort the GOP Senate to get something of value to her. That means charges of extortion and abuse of power.

This whole thing is a loser for democrats but there is motivation behind it. The farce is highly likely to cost democrats the House and it is also highly likely Trump will be reelected, now even more likely.

Look for a couple of things. There will unending caterwauling from democrats when it’s time to choose the next SCOTUS judge. They’ll be screaming that an impeached President should not be able to choose a SCOTUS judge, at which the GOP should scoff.

Also look now for the effort to preemptively impeach AG Bill Barr and US Attorney John Durham as colluding with an impeached President.

That won’t work either but do be observant. Any delay in delivering the articles will put the lie to the solemnity by democrats in protecting the Constitution -which everyone with half a brain knows already.

democrats have pretty much guaranteed Trump’s reelection with this nonsense and for that we can thank them. He will use impeachment as a cudgel on DNC and deservedly so.