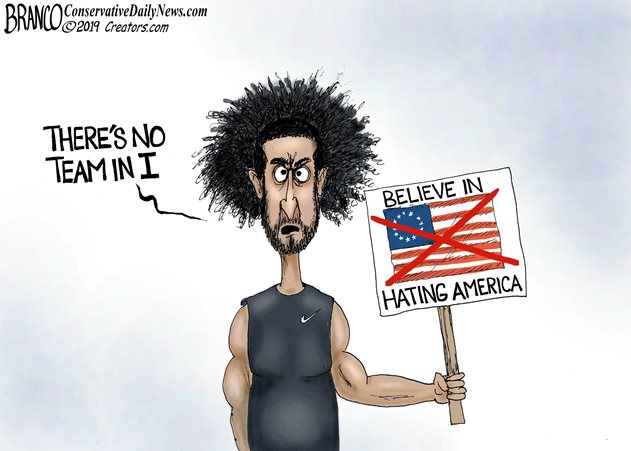 Greetings, all! I hope that you had a great Thanksgiving, and after a day of giving thanks you’ve made the smooth transition to spending the rest of the weekend focusing on material goods! Speaking of not understanding gratitude…

Becasue seeing more kids in orphanages is better – for the children!

Leftist no longer try to hide the fact that they’re angrier about their side being called out for wrongdoing than actual wrongdoing.

11/22 – Italy: Nursery school calls off its Christmas play for fear of offending Muslims

Coming soon to the US. My guess is the first stop of this tour will be Minnesota.

Read the tweets at the end – spot on.

11/24 – Bummer: Extinction Rebellion Is Too Middle Class, To Whitebread

11/26 – He can’t get a break: The POTUS is attacked for welcoming the hero dog Conan to the White House

And now Leftists have to hate dogs too.

Or to summarize, anything that makes Normals happy makes Leftists miserable.

I’m surprised that we’re not seeing more counter-insurgency Lawfare. Remember folks, however much these kids may seem like irritating larvae today, these are our private sector’s future Human Resources Directors.

This may be the most brilliant, lengthy, and thoughtful pieces I’ve seen in a long time. And for some bizarre reason it got published on what may be the slowest news traffic day of the year. Bookmark this page, and share it through whatever networks you have. This piece deserves it.

No archives this week, since most of you are hopefully taking a break from reading about politics and enjoying some good family time. Have a great week!

Certain truths used to be imparted from father to son in those simple, shared moments of learned masculinity, such as changing the oil in the car or working out together.

These are ten of them.

ME: Geek culture is an actual cult that many have embraced in a vain attempt to fill the hole left by Christianity's decline.

GEEKS: You're overreacting. It's just a hobby!