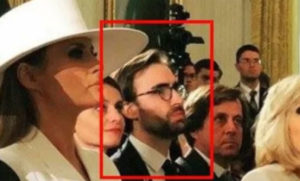 A report by Paul Sperry at Real Clear Investigations has provided more clarity into the plotting by the CIA to oust Trump. Specifically, it focuses on the handiwork on “whistleblower” Eric Ciaramella, a CIA analyst.

We learn a little here

Federal documents reveal that the 33-year-old Ciaramella, a registered Democrat held over from the Obama White House, previously worked with former Vice President Joe Biden and former CIA Director John Brennan, a vocal critic of Trump who helped initiate the Russia “collusion” investigation of the Trump campaign during the 2016 election.

Also, Ciaramella huddled for “guidance” with the staff of House Intelligence Committee Chairman Adam Schiff, including former colleagues also held over from the Obama era whom Schiff’s office had recently recruited from the NSC. (Schiff is the lead prosecutor in the impeachment inquiry.)

Then comes the big one

And Ciaramella worked with a Democratic National Committee operative who dug up dirt on the Trump campaign during the 2016 election, inviting her into the White House for meetings, former White House colleagues said. The operative, Alexandra Chalupa, a Ukrainian-American who supported Hillary Clinton, led an effort to link the Republican campaign to the Russian government. “He knows her. He had her in the White House,” said one former co-worker, who requested anonymity to discuss the sensitive matter.

Documents confirm the DNC opposition researcher attended at least one White House meeting with Ciaramella in November 2015.  She visited the White House with a number of Ukrainian officials lobbying the Obama administration for aid for Ukraine.

You might remember Chalupa. She sought dirt on Trump from the Ukraine

In its most detailed account yet, the Ukrainian Embassy in Washington says a Democratic National Committee (DNC) insider during the 2016 election solicited dirt on Donald Trump’s campaign chairman and even tried to enlist the country’s president to help.

In written answers to questions, Ambassador Valeriy Chaly’s office says DNC contractor Alexandra Chalupa sought information from the Ukrainian government on Paul Manafort’s dealings inside the country in hopes of forcing the issue before Congress.

Chalupa later tried to arrange for Ukrainian President Petro Poroshenko to comment on Manafort’s Russian ties on a U.S. visit during the 2016 campaign, the ambassador said.

Chaly says that, at the time of the contacts in 2016, the embassy knew Chalupa primarily as a Ukrainian American activist and learned only later of her ties to the DNC. He says the embassy considered her requests an inappropriate solicitation of interference in the U.S. election.

“The Embassy got to know Ms. Chalupa because of her engagement with Ukrainian and other diasporas in Washington D.C., and not in her DNC capacity. We’ve learned about her DNC involvement later,” Chaly said in a statement issued by his embassy. “We were surprised to see Alexandra’s interest in Mr. Paul Manafort’s case. It was her own cause. The Embassy representatives unambiguously refused to get involved in any way, as we were convinced that this is a strictly U.S. domestic matter.”

“All ideas floated by Alexandra were related to approaching a Member of Congress with a purpose to initiate hearings on Paul Manafort or letting an investigative journalist ask President Poroshenko a question about Mr. Manafort during his public talk in Washington, D.C.,” the ambassador explained.

She was able to torpedo Manafort and set fire to the Russian collusion hoax. Ciaramella is also said to be the creator of the “Putin fired Comey” narrative. Ciaramella is supposed to be an analyst but it’s clear that he is a DNC/Brennan operative tasked to undermine and sabotage Donald Trump- and Schiff is an integral part of that cabal:

Earlier this year, Schiff recruited two of Ciaramella’s closest allies at the NSC — both whom were also Obama holdovers — to join his committee staff. He hired one, Sean Misko, in August — the same month the whistleblower complaint was filed.

This plot has been in the works for some time. It’s no wonder why Schiff is refusing to allow Ciaramella to testify, but as a precaution Schiff has instituted Soviet Union type rules effectively gagging Republicans from any meaningful participation. In fact, dems have written the rules so they they can and will absolutely deny all exculpatory evidence from being presented.

Democrats on the House Rules Committee rejected all 17 Republican amendments to the proposed resolution on the “impeachment inquiry” against President Donald Trump — including one that would require the other investigating committees to hand over exculpatory evidence to the House Judiciary Committee.

Unlike previous impeachments, there are several committees — not just the House Judiciary Committee — being used to investigate the president, especially the House Intelligence Committee.

As currently written (entirely by Democrats), the resolution says that the chair of the House Intelligence Committee, who is Rep. Adam Schiff (D-CA), is authorized, but not required, to make depositions public. He is required to prepare a report for the House Judiciary Committee, which will consider articles of impeachment, and is given wide discretion over the contents of that report. He is also required to transmit dissenting views.

Other committees are merely “authorized,” but not required, to hand over “records” or “materials” to the House Judiciary Committee. The (Democratic) chairs of those committees must consult with the ranking member of the (Republican) minority, but seem to have wide discretion over what they transmit.

Many, including Tom Brokaw, do not believe democrats have ‘the goods” to ram an impeachment through so for now it appears that they are settling for a Salem witch trial bloodletting in hopes of visiting as much damage as possible.

Ciaramella is not a whistleblower. He is a DNC spy, needed to make the effort to impeach Trump. democrats know they cannot win at the ballot box.

“I’m concerned if we don’t impeach this president, he will get re-elected.”