And just like that, Democrats have become the War Hawks 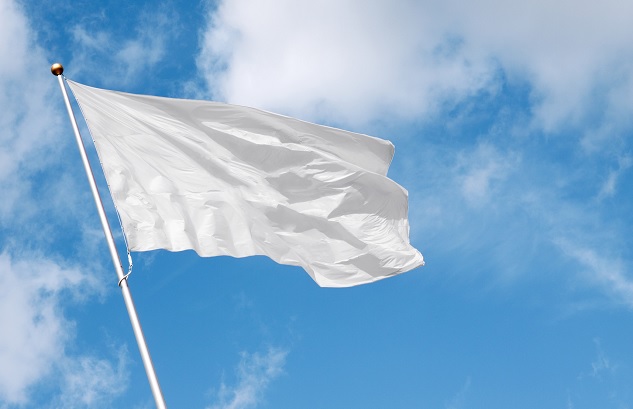 BEIRUT (AP) — Syria’s Kurds accused the U.S. of turning its back on its allies and risking gains made in the fight against the Islamic State group as American troops began pulling back on Monday from positions in northeastern Syria ahead of an expected Turkish assault.

Syrian Kurdish fighters warned that Washington’s abrupt decision to stand aside — announced by the White House late Sunday — will overturn years of achievements in the battle against IS militants. In a strongly-worded statement, they accused Washington of failing to abide by its commitments to its key allies.

Abandoning allies is the antithesis of looking out for American interests, first, though.

I know Trump has earned the support of conservatives and Republicans who did not trust him at first as the leader and figurehead of their Party and of the country.  He’s done a good deal that has turned Almost-Never-Trumpers into supporters.  GOP RINOs like Lindsay Graham.  Hard right, core conservatives have never liked nor trusted RINOs like Graham and McCain.  While taking flak from both sides and accused of being self-serving, I think what they actually are is consistent, standing on principles they believe in; country first over party loyalty (unfortunately, those things are not always mutually inclusive).

I’m sure liberals who were demonizing Graham for his Trump support and conservatives who praised Graham2.0 are now both switching their tunes once again:

Sen. Lindsey Graham (R-S.C.), a key ally of President Trump, on Monday slammed the administration’s move to pull out of northern Syria ahead of a Turkish invasion.

“I don’t know all the details regarding President Trump’s decision in northern Syria. In process of setting up phone call with Secretary Pompeo,” the South Carolina lawmaker tweeted. “If press reports are accurate this is a disaster in the making.”

“Ensures ISIS comeback. Forces Kurds to align with Assad and Iran. Destroys Turkey’s relationship with U.S. Congress. Will be a stain on America’s honor for abandoning the Kurds.”

Sunday’s announcement took the SDF by surprise, with the group releasing a statement saying that a Turkish invasion could erase gains made against ISIS and make Syria “a permanent conflict area.”

Graham on Monday promised to try to reverse the U.S.’s departure if the plan is implemented.

“Also, if this plan goes forward will introduce Senate resolution opposing and asking for reversal of this decision,” he tweeted. “Expect it will receive strong bipartisan support.”

“I hope I’m making myself clear how shortsighted and irresponsible this decision is in my view,” he said. “This to me is just unnerving to its core.”

Graham isn’t alone from his Party’s side of the political aisle:

Several Republican lawmakers on Monday panned President Trump‘s decision to withdraw U.S. troops from northern Syria ahead of a planned Turkish invasion, marking the latest break within the party over foreign policy.
The White House announced late Sunday that Ankara was moving forward with a long-threatened offensive in northeastern Syria and that U.S. troops would not be in the “immediate area” when it happens.
But Republicans are warning that the decision will bolster U.S. adversaries, including ISIS, and put the lives of Kurdish allies in the region at risk.

Graham has emerged as a vocal ally of Trump’s, but the two men have different foreign policy views. Trump ran in 2016 pledging to pull back U.S. involvement in the Middle East, while Graham is viewed as a longtime defense hawk.
Sen. Marco Rubio (R-Fla.), who serves with Graham on the Foreign Relations Committee, warned that pulling back troops in northern Syria would be a “grave mistake that will have implications far beyond Syria.”

“It would confirm #Iran’s view of this administration & embolden then to escalate hostile attacks which in turn could trigger much broader & more dangerous regional war,” Rubio added.

Sen. Mitt Romney (R-Utah), another member of the Foreign Relations Committee, also knocked Trump in the latest in a recent series of high-profile breaks with the president.
“The President’s decision to abandon our Kurd allies in the face of an assault by Turkey is a betrayal. It says that America is an unreliable ally; it facilitates ISIS resurgence; and it presages another humanitarian disaster,” Romney tweeted.
The three GOP senators were joined by several of their House colleagues, as well as former administration officials.

Rep. Liz Cheney (R-Wyo.), a member of House leadership who is weighing a Senate bid, called Trump’s decision a “catastrophic mistake that puts our gains against ISIS at risk and threatens US security.”

“This decision ignores lesson of 9/11. Terrorists thousands of miles away can and will use their safe-havens to launch attacks against America,” she added in a tweet.

Rep. Adam Kinzinger (R-Ill.) said withdrawing U.S. troops from the area would “abandon our friends and give Russia & Iran exactly what they want. This is wrong.”

Meanwhile, former U.S. Ambassador to the United Nations Nikki Haley called the Kurds “instrumental” against ISIS and said “leaving them to die is a big mistake.”

Foreign policy has been a rolling point of contention between Trump and GOP allies on Capitol Hill.
Republicans forced through new Russia sanctions in 2017 despite reported opposition from the White House, and Senate Majority Leader Mitch McConnell (R-Ky.) offered an amendment earlier this year warning the administration against withdrawing troops for Syria or Afghanistan.
But Trump doubled down on Monday morning, saying it was time to end U.S. involvement in “ridiculous endless wars.”
“The Kurds fought with us, but were paid massive amounts of money and equipment to do so. They have been fighting Turkey for decades. I held off this fight for … almost 3 years, but it is time for us to get out of these ridiculous Endless Wars, many of them tribal, and bring our soldiers home,” Trump tweeted.
“WE WILL FIGHT WHERE IT IS TO OUR BENEFIT, AND ONLY FIGHT TO WIN,” the president added.

And of course this is where Graham and Clinton (who is sometimes criticized from the doves in her Party as a war hawk) see eye to eye (although it could also be politics as usual, too):

“Let us be clear: The president has sided with authoritarian leaders of Turkey and Russia over our loyal allies and America’s own interests,” Clinton, a former secretary of State and senator and President Trump‘s Democratic rival in 2016, tweeted.

“His decision is a sickening betrayal both of the Kurds and his oath of office.”

“Donald Trump is not a Commander-in-Chief. He makes impulsive decisions with no knowledge or deliberation,” Brett McGurk tweeted. “He sends military personnel into harm’s way with no backing. He blusters and then leaves our allies exposed when adversaries call his bluff or he confronts a hard phone call.”

McGurk, who also served under former Presidents Obama and George W. Bush, in other posts criticized the White House’s announcement late Sunday that it would pull U.S. troops out of northern Syria ahead of a Turkish attack. The U.S. had more than 1,000 troops in the region, where they worked closely with the Kurdish-led forces against the Islamic State in Iraq and Syria.

“Turkey has neither the intent, desire, nor capacity to manage 60k detainees in al Hol camp, which State and DoD IGs warn is the nucleus for a resurgent ISIS,” McGurk said. “Believing otherwise is a reckless gamble with our national security.”

McGurk also said Trump made a “similarly impulsive decision” when he served in the administration, which led to his resignation.

“Tonight is a sad replay but seems even worse as US officials had since convinced the SDF that we planned to stay,” he said.

“There’s a similar defect at the core of US foreign policies across the board: maximalist objectives for a minimalist president combined with no process to assess facts, develop options, or prepare contingencies. Our personnel are left exposed at the slightest moment of friction,” he added.

“Bottom line: Trump tonight after one call with a foreign leader provided a gift to Russia, Iran, and ISIS.”

In my humble and ignorant opinion, Trump is making a grave mistake in pulling us out of supporting our Kurdish allies.  It’s his “America First” Ron Paulian instincts of isolationism/non-intervention.  It holds appeal to that wing of the GOP.  Who else it should earn praise from are the Code Pink crowd on the side of Democrats.  How many Democrats who are now piling on with the criticism of Trump’s decision were praising President Obama’s withdrawal plans when it came to similar instincts in regards to Iraq?

Bottomline is this:  We seem to have a habit of abandoning allies and proving ourselves to be the paper tiger that OBL accused the U.S. of being.  Regardless of which political party is in office.  This isn’t a Republican or Democrat problem but an America problem.

And it’s shameful and deplorable.