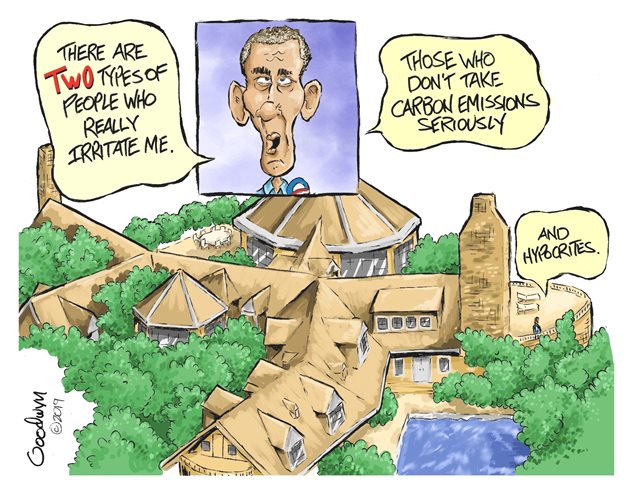 Welcome back, everybody! College football is back, pro football is ramping up, school is back, and Autumn is unofficially here! Has the cooler weather calmed down our Lefty pals? Ha ha! Of course not! Look no further than:

Then again, when does The Radical Left not eventually have to resort to baseless name calling?

And where did this take place? El Paso? On the Arizona border? Nope! This happened in Montgomery County, Maryland – just a stone’s throw from our nation’s capitol!

Sorry, but your mental disorder does not dictate my fashion choices.

But Antifa  thugs and regular criminals are just fine. I am so glad I got to visit this once great city before The Radical Left decided to *literally* turn their city into a (dung) hole

It pains me to see two iconic items from my childhood get slowly but surely strangled away.

I remember seeing this garbage when Dubya was elected, too. At some point can we simply label Leftism a death cult?

When Obama unleashed this stupidity I bought a case of 200 good light bulbs hoping that sanity would eventually be restored. I honestly didn’t think it would happen – score another one for the good guys!

9/6 – The Left’s determination to destroy us from within

Here’s a philosophical question for you – while I don’t think it’s time to label the Democratic Party a Domestic Terrorist Organization, should they be labeled a Hate Group? To borrow Lefties’ vernacular, I’m not saying that they are, just want to have a conversation.

From the archives, updated for 2019 is The Top 100 Reasons the Eagles are the Coolest Team in Pro Football

Down in the tweets be sure to read the first tweet thread on Sweden. It gives a good picture of what the Democrats envision for our country.

Have a great weekend, and fly Eagles fly!

She certainly looks like someone who has had a great many functioning organs in her body https://t.co/UeLfcNwNjA

How the fuck do these guys get paid for this https://t.co/Hz8wbLf2kZ

No child should be subjected to that kind of insult. pic.twitter.com/aFQqozeNJR

YESTERDAY: Going through journalists' past for bad things is reprehensible and vile and not American!

TODAY: Journalist publishes how private business owner donated their own money in effort to hurt them because it was to the 'wrong" party.

And they wonder why they're hated.

Well, now… he’s probably just pissed he has to pay his staffers $15 an hour.

Well, the final paragraph took all my points away. I guess I’ll just go along with “they ARE stupid.”

Like any other tragedy, Democrats love these devastating storms because it gives them more opportunity to steal. Look how much corruption was uncovered (correctly identified by Trump) in Puerto Rico. And Haiti? No doubt they were disappointed Puerto Rico didn’t get hit again so the theft store could be reopened. If the left is so convinced big storms are going to be ongoing for some time to come, why did Obama get rid of all those travel trailers used after Katrina? For them, everything is an opportunity for political or financial gain. Or, ideally, BOTH.

Sub-machine guns use to be legally purchased. They became frequently used in crimes and gang wars, so ownership was essentially outlawed in 1934. Has this made Chicago safer? Are there more or fewer shootings in Chicago today than there were in 1934?

Well, not so fast; Montgomery Country has finally reacted. They blamed conservative media and Trump. There. Problem solved, liberal style.

But the terrorist watch list has been deemed unconstitutional. Does this mean red flag restrictions are as well?

Usually when I find out I’ve been lied to, I reject the liar. Democrats seem addicted to them like heroin. Liberal media viewership dropping off is probably because people are figuring out they can just make their own Trump-hating lies up in their spare time.

Maybe the heavy cloud of liberal hypocrisy is trapping all their hot air they emit about global warming at the earth’s surface?

Idiot McCormack makes it clear they don’t want a blacklist. They just want to identify anyone that will not think like them, deny them work and community and drive them out of the business. But a blacklist? Pshaw.

And the sale of MAGA caps explodes. Perhaps Ms. Makkai is simply a delusional idiot and that is totally HER problem, not mine.

Certainly proves that ideology is more important to liberals than real benefit.

Well, I guess they commit “thought terrorism” because they won’t submit to liberal-think. Or something. Just proves that the sidewalks are not the only place piles of crap appear.

Well, if it makes Juan and other liberals happy, Trump can leave the liberal seat vacant until his reelection.

After replacing CFL bulb after CFL bulb, I started writing the date I install them on the base. Regardless of brand, they rarely last more than a few months. And, as an added bonus, you can’t just throw them away (or aren’t supposed to, anyway). Once I discovered Lowes takes them, I hauled a basket full there for disposal. I have almost completely converted to LED’s. I have a circuit in my 5th wheel that uses incandescent bulbs to warm my water heater, pump and toilet valve in freezing weather, but I’ve replace all other bulbs with LED’s.

I thought 2013 was the end? I thought 12 years from now is the end? Buttgag’s views are about as relevant to reality as Studebaker is to the modern auto industry (an obscure reference I hope to get credit and appreciation for).

9/6 – The Left’s determination to destroy us from within

Well, since Democrats cannot promote any of their ideas or agendas without promoting the hatred of everything else, they cannot be deemed anything BUT a hate group, perhaps the largest in America.

I guess it came too late, but this has to be included next week.
https://www.washingtonexaminer.com/news/symbol-for-hate-groups-couple-told-to-remove-betsy-ross-flag-from-soccer-game

I wonder when the KKK or Nazis will realize they can deny the left the use of the rainbow flag by incorporating it in their ideology somehow? Am I racist for thinking that would be hilarious?

@Deplorable Me: Soory have to top you this week
The Daily Caller, Aug 22, 2019: “Trump Admin Is Considering Using Amazon Echo And Apple Watch To Determine If Citizens Should Own A Gun”.

“The Trump administration is considering a proposal that would use Google, Amazon and Apple to collect data on users who exhibit characteristics of mental illness that could lead to violent behavior, The Washington Post reported Thursday.”
What could go wrong having those that censor conservatives gather info for red flag operations?

If you have a silicon valley spying device always listening in your home 24/7 you are nutz, Disclaimer:I am not a psychologist I just play one on FA.

@kitt: No, I don’t need anything turning on lights for me or accidentally ordering stuff. It’s also best not to trust Amazon, Apple and Google with too much information.

@Deplorable Me: They want universal income pay for not wanting to work, too damn lazy to walk across the room to turn on or off a lightbulb, or put a cd in the player. I can see this law, like the patriot act sailing through for immediate abuse.

Like any other tragedy, Democrats love these devastating storms because it gives them more opportunity to steal.

@Brother Bob: We would have to seriously examine the data.

[…] Flopping Aces has the Sunday Funnies (last Sunday’s. Check later for today’s). And this week in radical leftism. […]