2020 dems pledge to destroy the United States of America 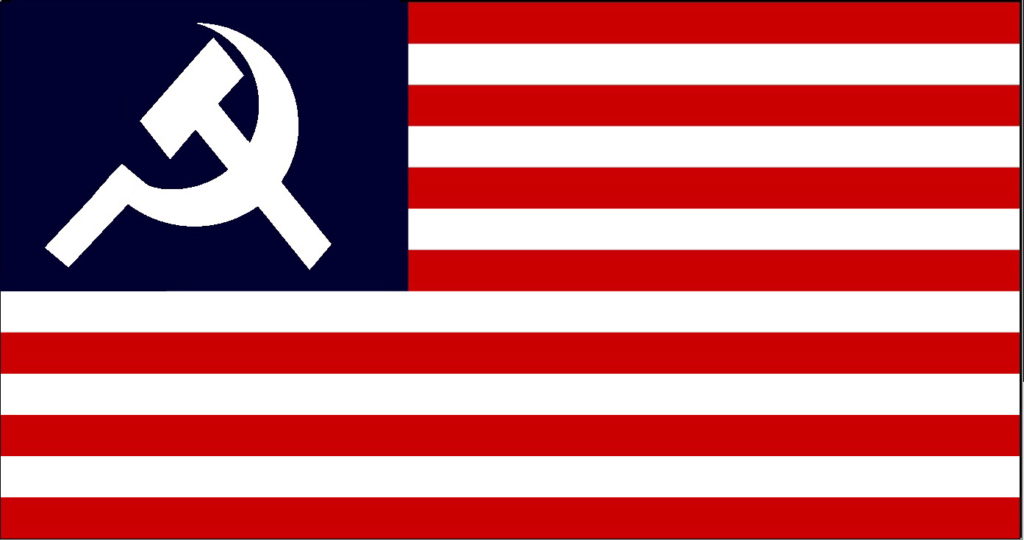 democrats have staked an interesting position. They are not officially the party of Mexico and Central America. They are the party of illegal aliens. They have no interest in the welfare of American citizens. Their platform is a unique and horrible nightmare and would end the country as we know it.

Other than offering some vague nods to “border security,” Democrats never put forth any policy that would prevent the hundreds of thousands of unknown people streaming into the U.S. Yet if you point out that the party doesn’t care about securing the border, a confounded news anchor will insist, “Silly fool! Why, everyone supports border security!”

It’s a cover-up for what Democrats truly believe in: An open border that discriminates against no one from anywhere.

Look at any one of the Democrats running for the party’s presidential nomination, and you will not find a single policy proposal that would stop a single illegal entrant. Or even just the top five of them in the RealClearPolitics national average.

What’s to stop Russia or China from sending tens of millions of “migrants” into the US with the intention of voting for candidates who would support Communism?

Then she added, “In terms of interior enforcement, what is the purpose? What is the point?”

ICE officials said that their plan is to track down the 97% of illegals who have refused to obey court orders issued in February to leave the country. ICE had offered each one legal help and a 30-day pass, but that time has come and gone.

Pelosi also suggested the immigrants have guaranteed rights to the U.S. She said, “You cannot be ignoring the rights of immigrants to our country.”

3. Health care for all illegals

All of the candidates — including former Vice President Joe Biden, Sen. Kamala Harris and South Bend, Indiana, Mayor Pete Buttigieg — raised their hands when asked by an NBC moderator if they would support a health care plan that would cover undocumented immigrants.

“All Democrats just raised their hands for giving millions of illegal aliens unlimited healthcare,” Trump wrote on Twitter from Japan, where he is to attend the G20 Summit.

“How about taking care of American Citizens first!? That’s the end of that race!”

It is telling that democrats put the welfare of illegals before that of Americans. We already spend over $18 billion on health care for illegals.

“Many people watching at home have health insurance coverage through their employer,” asked NBC’s Lester Holt, “Who here would abolish their private health insurance in favor of a government-run plan? Just a show of hands.”

Sen. Warren and Mayor de Blasio raised their hands in response to Holt’s question, admitting that they would abolish private health insurance in favor of cradle to grave, government-run healthcare.

The little problem, of course, is that payment reductions for medical services always affect the patients who need those services. Cost control through budgetary limitations or medical-payment cuts typically reduces the access that patients have to treatment, starting with progressively longer waiting lists.

Third, the program will not be a model of simplicity. Sanders insists that the beauty of his proposal is that it will simplify American health care. This is nonsense. There is nothing simple about Medicare, and the nature of the diverse demand for medical services guarantees its regulatory complexity.

Government officials cannot control the demand for medical services; they can only control the supply of medical goods and services. In practice, this means that government officials must determine what kind of care patients get, how they get it, under what circumstances they get it, and how those services will be “priced.” (They don’t negotiate prices; they fix them.)

There is nothing “simple” about any of this. The Medicare program, with its tens of thousands of pages of rules and regulations and guidelines, demonstrates that painful fact daily to any Medicare patient struggling with a Medicare claims denial, or any doctor or any other medical professional wrestling with Medicare paperwork. Meanwhile, forget personal freedom.

Single payer FAILED in Bernie’s home state of Vermont. Leave it to a democrat to take a failed plan and force it on the entire country. It’s always easy for a multimillionaire to spend your money.

A leading Democratic activist is worried that the 2020 candidates’ defense of late-term abortion may deal long-term damage to the party.

Kristen Day, executive director of Democrats for Life, said that her party’s embrace of late-term abortion may win fundraising dollars from mega-donors like Planned Parenthood and NARAL, but will alienate voters come the general election.

“This abortion position is the most extreme it has ever been,” she told the Washington Free Beacon. “They’re all fighting for the abortion lobby vote and that could turn around and hurt them all in the general election.”

Her comments came two days after former Rep. Robert Francis “Beto” O’Rourke endorsed abortion in the third trimester. O’Rourke was playing catch-up to the declared Democratic nominees in the Senate, all of whom voted against a bill that would guarantee care for children who survive abortions. The defense of not only late-term abortions but allowing newborns to die on the table, has been an eye-opening departure from former President Bill Clinton’s hope of making abortion “safe, legal, and rare.”7.  Green New Deal

It is not hyperbole to contend that GND is likely the most ridiculous and un-American plan that’s ever been presented by an elected official to voters. Not merely because it would necessitate a communist strongman to institute, but also because the societal costs are unfathomable. The risible historic analogies Markey and Ocasio-Cortez rely on, the building of the interstate highway system or moon landing, are nothing but trifling projects compared to a plan that overhauls modernity by voluntarily destroying massive amounts of wealth and technology. That is the GND.

democrats care so much for illegal alien children yet are so determined to kill the unborn children of Americans.

Elizabeth Warren wants to get rid of the Electoral College.

She is billing this as a step toward reform.

“Every vote matters,” the U.S. senator from Massachusetts told CNN, “and the way we can make that happen is that we can have national voting, and that means get rid of the Electoral College.”

She argued that presidential nominees no longer campaign in places like California and Massachusetts because they’re not swing states, instead focusing on battlegrounds that are up for grabs.

That’s true, but if you abolished the college tomorrow, candidates would camp out in such megastates as New York, California, Florida, and Texas in an effort to run up their popular vote totals. The college forces them to move around the country, especially to smaller states whose handful of electoral votes could tip the balance.

Such a move would nullify the votes of every American in the heartland and put the fate of the country in the hands of California and New York. When you see what’s happening in LA, SF and NYC, that should scare you.

8. Decriminalizing coming across the border illegally

House Speaker Nancy Pelosi embraced the view of some Democratic presidential contenders that illegal immigration should not be a crime.

“You cannot say anybody coming across the border is breaking the law,” Pelosi, D-Calif., said Thursday in her weekly press conference. “Not until there is a determination whether they can stay or not.”

Pelosi echoed the view of some of the Democrats running for president, including Julián Castro, who called for the repeal of the specific statute during the presidential debate Wednesday night.

9. Raise taxes on the middle class

Senator Bernie Sanders admitted on Thursday night that he would raise taxes on middle-class American families to pay for his big government programs.

“Yes. They will pay more in taxes but less in health care,” Sanders said.

Democrats want to talk about Republicans living in the past, but the new progressives, as they like to call themselves, are in fact a lot like the old socialists. They want free college, free cash, free health care, new mandates for this and that, and so on. The latest progressive policy du jour to be gaining traction among Democratic Party presidential hopefuls is the so-called “job guarantee.” Sen. Cory Booker (D-N.J.) announced one, Sen. Bernie Sanders (I-Vt.) has one in the works, and Sen. Kirsten Gillibrand (D-N.Y.) says she supports the idea too. Yet there are some signs of intellectual honesty on the left. Kevin Drum, a liberal blogger for the progressive gospel Mother Jones, thinks the jobs guarantee is a ludicrous idea: “Even our lefty comrades in social democratic Europe don’t guarantee jobs for everyone. It would cost a fortune; it would massively disrupt the private labor market; it would almost certainly tank productivity; and it’s unlikely in the extreme that the millions of workers in this program could ever be made fully competent at their jobs.” Well said.

If Democrats go down this road, their only way forward will be to one-up each other in every primary election. Clueless liberals such as Facebook co-founder Chris Hughes want to guarantee $500 per month for every American earning less than $50,000 a year. But why not $550? Or should we go ahead and call it an even $600? A guaranteed monthly stipend would become the floor. And every subsequent election would be a referendum on whether voters want to support the candidate promising the larger pay raise from Washington. Is that where we want our elections to go?

Anyway, Clinton’s admission of the Democrats’ matter-of-fact acceptance of socialism couldn’t have been any timelier. Saturday marked the bicentennial of Karl Marx’s birth, and as Paul Kengor reminded us in his smart Wall Street Journal commentary last week, Marx’s communist philosophy “set the stage … for the greatest ideological massacres in history.” Marx’s rebuke of capitalism and individual property rights inspired the likes of Vladimir Lenin, Leon Trotsky, Mao Zedong, the Kim family, the Castros and countless others to wage mass murder against millions of innocents.

Here’s a list of countries which have dabbled with socialism. See in which one you’d choose to live over living here.

“The goal of socialism is Communism” – Vladimir Lenin  That should be the slogan of the DNC. Soon they will be campaigning to dissolve the United States Constitution.

This radical lurch to the left by the democrat party is positively frightening. Rewarding criminal behavior is stupid. Their concern for illegal aliens and non-citizens over that of Americans is disgraceful and shameful. A vote for a democrat is a vote for the end of the United States of America.