Why didn’t the FBI open Counter Intelligence investigations into these Russian assets? 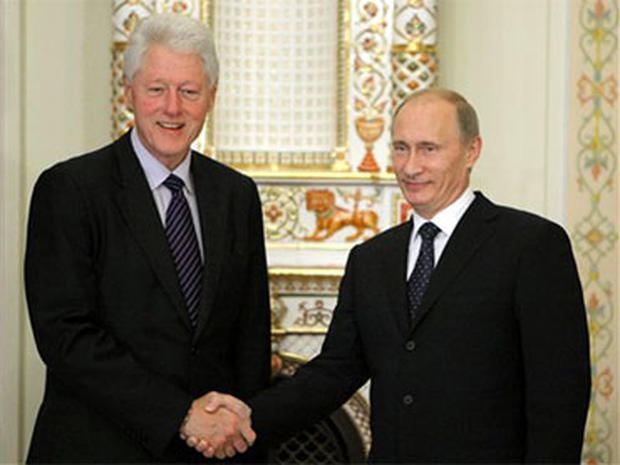 At this point it’s pretty much certain that Andrew McCabe opened a Counter Intelligence investigation into Donald Trump in retribution for firing James Comey. James Baker has admitted that the FBI came to suspect that Trump was a Russian asset. Or so he says.

To believe that you have to believe that Trump meant to shut down the Russian investigation, which he did not do and which did not happen.

I used to believe the FBI was a great, untarnished and respectable law enforcement organization.

The leadership is either full of crap or is imbecilic. Take your pick. To wit: the FBI was said to be investigating Trump for his call to Russia to find Hillary Clinton’s emails.

“Russia, if you’re listening, I hope you’re able to find the 30,000 emails that are missing,” Trump said. “I think you will probably be rewarded mightily by our press.”

As some friends of mine would say, “for f**k’s sake.” Can the FBI leadership be that stupid? Really?

If you’re a candidate for President and you really want the Russians to hack Hillary Clinton (which they most likely did given her gross negligence) would you ask the Russians to do it in front of a million reporters and on live TV?

Only Gomer Pyle would buy into that. Or a democrat.

James Comey was partisan. He was overtly political. He let Hillary skate and he deceived the President of the United States (Telling Trump numerous times he was not under investigation). He lied to Congress repeatedly about exonerating Hillary before her interview. He leaked confidential information. He was insubordinate.

And for nine months he couldn’t find a thing on Trump. He richly deserved being fired. His pals at the FBI didn’t like that so they decided to become an autonomous agency outside the control of the DOJ and US government and opened an investigation into the President of the United States.

But here’s the thing. If they could open a CI investigation for this kind of flimsy grounds, what about some real solid basis for doing so when it involved others?

For example, Barack Obama promised Vladimir Putin that he (Obama) would be more flexible for Putin after the 2012 election.

More flexible for Vlad? That sounds pretty serious to me. it sounds as though Obama was acting as a Russian asset! One of the first things he did as President was pull the missile shield from Poland to please Putin.

Did a single democrat find that objectionable? Did the FBI think a CI investigation was called for?

In 2010, while his wife was Secretary of State, Bill Clinton went to Vladimir Putin’s home in Russia. The next day Clinton gives a cup of coffee speech and walks away with $500,000. Since they file taxes jointly, that means the money effectively went into her pocket as well.

The next thing you know, $140 million flows into the Clinton Foundation and 20% control of US uranium falls into the hands of Vladimir Putin.

Sounds a lot like the Clinton’s were acting as Russian lobbyists- Russian assets.

Did the FBI think a CI investigation was called for?

Despite the concrete evidence that Obama and the Clinton’s were truly acting on behalf of Putin and Russia, the FBI had no interest. So who was the Director of the FBI at that time?

And there ya go.

I used to believe the FBI was a great, untarnished and respectable law enforcement organization.

I know some FBI, not “leadership” of course. I think the agents and investigators are still trustworthy, honest and loyal to their duty. Only a select few of the leadership were seditious scum. We may have to keep seeking someone unbeholden to the deep state to lead the FBI and investigate those who need to be investigated rather than conducting investigations as the political conditions require.

If you’re a candidate for President and you really want the Russians to hack Hillary Clinton (which they most likely did given her gross negligence) would you ask the Russians to do it in front of a million reporters and on live TV?

Am I one of the brilliant ones? I knew exactly what Trump was saying when he said it; I was THINKING it! And, I laughed out loud when he said it. Now, we know that it was no joke, at least if the Russians had the capabilities the Chinese had, who were reading Hillary’s emails probably before she did. Her emails were only gone from the eyes of US law enforcement; the rest of the world had a good view of them.

And for nine months he couldn’t find a thing on Trump. He richly deserved being fired.

Indeed, if he couldn’t find ONE THING Trump had done that was collusion or criminal, how good a G-Man could he be? I mean, after all, we were told the evidence was clear, plentiful and laying all over the ground and on shelves, easily collected. A blind man could find it… but Comey, using illegal surveillance, spies in Trump’s campaign and nearly a year couldn’t. Not even a Jr. G-Man.

Why would anyone be suspicious of the Clinton’s? They’ve ALWAYS played above board and $150 million changing hands between them and the Russians right when Hillary’s approval for the uranium deal was needed? Hell, happens every day; happened to me Monday before last. Nothing to be suspicious of there.

Obama’s deceit could always be written off to stupidity. Who he hell knows if his destruction was intentional or accidental?

Apparently Mueller has problems seeing collusion where it is due to looking for it in the wrong direction.

But at least he is honorable.

Now bashing Mueller a great American hero dont you know Barry had him busy the agency purged its anti-terrorism training curricula of material determined by an undisclosed group of “Subject Matter Experts” (SME) to be “offensive” to Muslims. The excised material included references linking the Muslim Brotherhood to terrorism, tying al Qaeda to the 1993 World Trade Center and Khobar Towers bombings, and suggesting that “young male immigrants of Middle Eastern appearance … may fit the terrorist profile best. They may have sent the manuals to Iran they have loads of SMEs running around unemployed when they are not making IEDs, But Russia Russia Russia.

I’ve never understood this line of reasoning. Even if the Clintons and Obama were guilty of the worst form of treasonous collusion with Russia, and got away with it scot-free, what difference does that make in regards to an investigation into whether Trump broke the law?

For example, if the investigation were to find evidence that shows beyond reasonable doubt that Trump compelled Cohen to lie under oath – directly and knowingly breaking the law – what difference does it make to the legal case against President Trump:
* If Hillary was bribed into approving a nuclear arms sale?
* If Obama was actually born in Kenya?
* If the investigators who found the evidence were all democrats

If I get pulled over for speeding and the officer writes me a ticket, it’d be ridiculous for me to object to that ticket on the grounds of “You can’t give me a ticket! Yesterday my wife was pulled over for going the same speed, and she only got a warning!”.

Last I checked, “one person broke the law and got away with it” does not nullify the entire legal system and leave everyone else free to live above the law.

I’ve never understood this line of reasoning. Even if the Clintons and Obama were guilty of the worst form of treasonous collusion with Russia, and got away with it scot-free, what difference does that make in regards to an investigation into whether Trump broke the law?

All that matters is that the further into the genesis of the “investigation” we get, we find it was based on “evidence” invented solely for the purpose of justifying an investigation. No REAL evidence of reason to suspect exists. Meanwhile, the hard evidence of Hillary taking money from foreign entities for a variety of reasons while Secretary of State is clear and readily available… yet NO investigation.

If you had a bumper sticker on your car that said “Police are Pigs; Kill ALL POLICE” and you were pulled over while all other speeders were left unmolested, you could make the case in court that you were singled out because of your political views. The same is true with Hillary/Trump.

After years of investigation, including illegal surveillance and spies in his campaign there is still NO evidence Trump ever did anything wrong, yet he is still under investigation. Meanwhile, the chronology of many of Hillay’s decisions and the checks hitting the accounts of the Clinton Foundation show ample reason for suspicion and she LIED on video before Congress… yet no investigation or charges. I guess you have to accept the existence of math to be able to do it.

Hey look everyone its Dumb and Dumber in real life

@Kevin Kirkpatrick: You could try to say to the officer, geeze man all you guys need to get your shit together, just yesterday you guys took my license away and today you ask for it…sheesh!