FBI to Michael Flynn: “Trust us. You don’t need a lawyer” 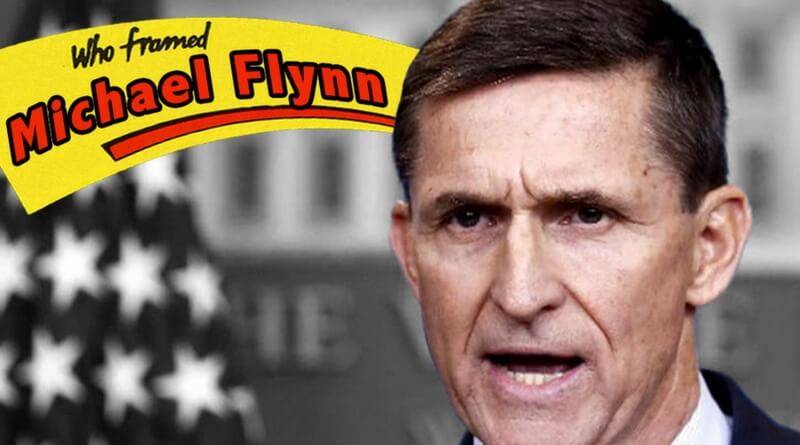 On January 24, 2017, the FBI interviewed Michael Flynn. At the time, Flynn was found to have done nothing wrong.

The FBI eavesdropped on telephone calls between President Donald Trump’s national security adviser and the Russian ambassador but found nothing improper, a U.S. intelligence official said.

The official, who spoke on condition of anonymity because they were not authorized to speak to the media, said late Monday that there was never a formal “investigation” of the calls in December between retired Army Lt. Gen. Mike Flynn and Sergei Kislyak, Russia’s ambassador in Washington.

According to the source, who was confirming a Washington Post report earlier Monday, intelligence officials merely listened in as part of routine eavesdropping on Kislyak.

Yesterday we learned something critical- proof that Michael Flynn was set up by the FBI to take a fall. Many have wondered why Flynn would talk to the FBI without a lawayer present. It turns out that the FBI told Flynn NOT to include a lawyer.

Former FBI Deputy Director Andrew McCabe, who arranged the bureau’s interview with then-national security adviser Michael Flynn at the White House on Jan. 24, 2017 — the interview that ultimately led to Flynn’s guilty plea on one count of making false statements — suggested Flynn not have a lawyer present at the session, according to newly-filed court documents. In addition, FBI officials, along with the two agents who interviewed Flynn, decided specifically not to warn him that there would be penalties for making false statements because the agents wanted to ensure that Flynn was “relaxed” during the session.

The new information, drawn from McCabe’s account of events plus the FBI agents’ writeup of the interview — the so-called 302 report — is contained in a sentencing memo filed Tuesday by Flynn’s defense team.

Citing McCabe’s account, the sentencing memo says that shortly after noon on Jan. 24 — the fourth day of the new Trump administration — McCabe called Flynn on a secure phone in Flynn’s West Wing office. The two men discussed business briefly and then McCabe said that he “felt that we needed to have two of our agents sit down” with Flynn to discuss Flynn’s talks with Russian officials during the presidential transition.

Who led this charade? None other than Andrew McCabe:

McCabe, by his own account, urged Flynn to talk to the agents alone, without a lawyer present. “I explained that I thought the quickest way to get this done was to have a conversation between [Flynn] and the agents only,” McCabe wrote. “I further stated that if LTG Flynn wished to include anyone else in the meeting, like the White House counsel for instance, that I would need to involve the Department of Justice. [Flynn] stated that this would not be necessary and agreed to meet with the agents without any additional participants.”

“The agents did not provide Gen. Flynn with a warning of the penalties for making a false statement under 18 U.S.C. 1001 before, during, or after the interview,” the Flynn memo says. According to the 302, before the interview, McCabe and other FBI officials “decided the agents would not warn Flynn that it was a crime to lie during an FBI interview because they wanted Flynn to be relaxed, and they were concerned that giving the warnings might adversely affect the rapport.”

They screwed him royally. This is atrocious. This is how the Comey/McCabe cabal ran the FBI. The country is once again reminded of the two tiered justice system established by James Comey; one for the democrats, and another for everyone else.

hillary clinton’s aides were given immunity.

hillary and her aides were allowed to destroy evidence.

hillary and her aides were allowed to dictate the terms of the investigation and interviews.

Cheryl Mills was allowed to sit in on hillary’s FBI interview. Andy McCarthy:

Finally, something else about those lawyers. I nearly fell out of my chair upon reading the very first paragraph of the notes of Clinton’s interview, which identifies the lawyers for Clinton who were permitted to be present for the interview. Among them is Cheryl Mills, Clinton’s longtime confidant and chief-of-staff at the State Department.

Readers may recall that I suggested back in May that “the fix” was in in the investigation of the Clinton emails. The reason was that the Justice Department was allowing Cheryl Mills – a witness, if not a subject, of the investigation – to invoke attorney-client privilege on behalf of Mrs. Clinton in order to thwart the FBI’s attempt to inquire into the procedure used to produce Clinton’s emails to the State Department. Mills was a participant in that procedure – and it is the procedure in which, we now know, well over 30,000 emails were attempted to be destroyed, including several thousand that contained government-related business.

When she worked for Clinton at State, Mills was not acting in the capacity of a lawyer – not for then-Secretary Clinton and not for the State Department. Moreover, as Clinton’s chief-of-staff, Mills was intimately involved in issues related to Clinton’s private email set up, the discussions about getting her a secure BlackBerry similar to President Obama’s, and questions that were raised (including in FOIA requests) about Clinton’s communications.

hillary’s FBI interview was neither under oath nor recorded.

Paul Sperry reported that FBI lawyer James Baker wanted to indict hillary clinton but was overruled by you guessed it- James Comey.

James Comey is a pompous lying jackass who needs a good enema. Mueller should also get one. Flynn was framed- as I said nearly a year ago. Mueller then went on to ruin Flynn financially and finally got Flynn to cop a plea when Mueller threatened Flynn’s son with the same.

Michael Flynn was a three star general with 33 years of service, five of them in combat. He deserves better.

Want more proof that this is pure politics? The leak of the Flynn-Kislyak conversation is an egregious felony but Mueller has zero interest in it. As the Russian collusion fantasy falls apart completely democrats are turning to Trump’s personal finances.

It’s not about justice. It’s all politics and it needs to end. Mueller has created crimes that did not exist prior to his investigation.

BTW, so you know:

In one striking detail, footnotes in the Flynn memo say the 302 report cited was dated Aug. 22, 2017 — nearly seven months after the Flynn interview. It is not clear why the report would be written so long after the interview itself.

Clearly, it went down that way so someone could rewrite it to incriminate Flynn.