You really want to go there, dems? 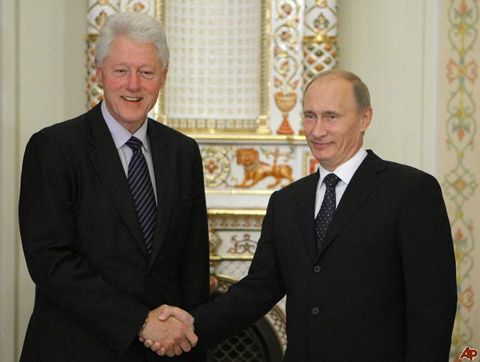 Remember way back when it was “Russia Russia Russia” 24 hours a day from all the left wing new outlets?

It’s not any more. Now we’re wading into campaign finance issues and boy do democrats live in a huge glass house. Led by Adam Schiff and Gerald Nadler, democrats are wetting their collective pants over the dream of Trump facing jail time.

Rep. Adam Schiff (D-Calif.) on Sunday said that President Trump might “face the real prospect of jail time” after prosecutors indicated last week that he directed illegal payments during his 2016 presidential campaign.

“There’s a very real prospect that on the day Donald Trump leaves office, the Justice Department may indict him. That he may be the first president in quite some time to face the real prospect of jail time,” he said on CBS’s “Face the Nation.”

Schiff’s comments come after federal prosecutors said in a legal filing Friday that referred to Trump as “Individual-1” that Trump during the 2016 campaign directed his former personal attorney, Michael Cohen, to make illegal payments to two women claiming they had affairs with Trump. It was the first time prosecutors made those accusations against Trump.

Trump contend that it was merely a financial transaction.

Trump said on Twitter that Democrats were wrongly targeting “a simple private transaction.” Court filings last week drew renewed attention to six-figure payments made during the 2016 presidential campaign by Trump’s personal lawyer to two women so they would not discuss their alleged affairs with the candidate.

Nadler was once again breathless over the news:

U.S. Representative Jerrold Nadler, who will lead the Judiciary Committee when Democrats take control of the House of Representatives next month, said on Sunday that if the payments were found to violate campaign finance laws it would be an impeachable offense.

Taxpayers. Once a settlement is reached, the money is not paid out of an individual lawmaker’s office but rather comes out of a special fund set up to handle this within the US Treasury — meaning taxpayers are footing the bill. The fund was set up by the Congressional Accountability Act, the 1995 law that created the Office of Compliance.

But the biggest violation of all was committed by the Clinton’s. After a personal visit to Vladimir Putin’s house in 2010 Bill Clinton was paid $500,000

Bill Clinton is paid $500,000 for a speech in Moscow by a Russian investment bank with ties to the Kremlin that assigned a buy rating to Uranium One stock.

This transpired while hillary clinton was Secretary of State. It screams violation. The Clinton’s were Putin’s lobbyists. Review it at the link.

And remember, they could not make it stick to John Edwards.

I am hard-pressed to believe that the stories of brief encounters with these two women, neither of whom claim any harassment or abuse, would have had any effect on the election in the first place. They would have primarily hurt Trump’s wife and children, and it’s only because of the election and declining media standards that these women had increased marketability for their stories. These are personal expenses that Trump, a frequent target of such schemes, would have likely made anyway.

Step by step, the special counsel and New York prosecutors are showing that they regard Trump protégés as little more than pawns in an all-out effort to remove the president. This is no honest inquiry respecting the will of the people. Never before has an administration, a family and a campaign been treated in this fashion by prosecutors who have created far more crimes than they have found.

Let’s put this in perspective. Cohen pled guilty to lying to Congress. The prosecutors duly noted that

“… the crimes committed by Cohen were more serious than his submission allows and were marked by a pattern of deception that permeated his professional life.”

Thus the witness for the case against Trump is a convicted liar known for a pattern of deception that permeated his professional life.

I look forward to it. I bet Trump is scared schiffless.