Meet China’s mole in the US- Hillary Clinton. The damage she did to the US is monumental 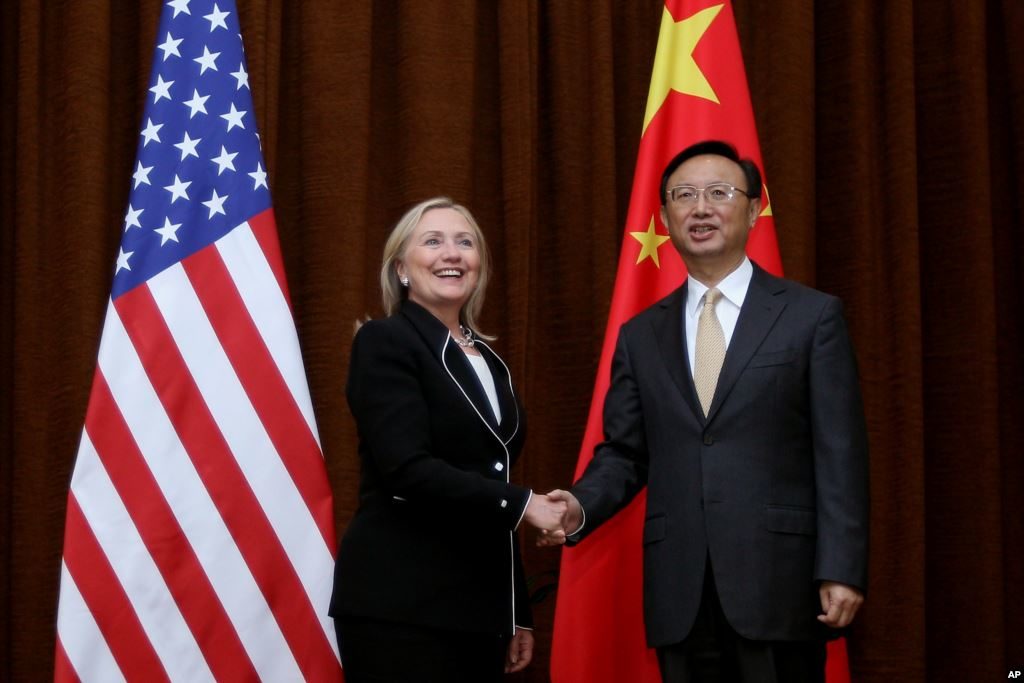 Now we know why democrats, the FBI and DOJ have been hammering away at Donald Trump with such fervor.

Sara Carter penned an article that helps tie together a number of events that lead one to some entertaining conclusions. I have long believed that Carter Page and George Papadopoulos were framed by the FBI and DOJ working together with the DNC. We still need to know to whom is Josef Mifsud connected. Sara gave us some very important information. The Russia hoax began not with Pdop or Page, but with Michael Flynn:

“Flynn was pushed out by Obama and then became a thorn in the side of Obama and the Clintons when he joined the Trump campaign,” said a former senior intelligence source with knowledge of what happened. “The investigation into Trump didn’t start with Carter Page or George Papadapolous, but with Flynn. Flynn was already on the CIA and Clinton target list. Those same people sure as hell didn’t want him in the White House and they sure as hell didn’t want Trump to win.”

Flynn was invited to a Cambridge Intelligence Seminar in 2014, probably by Halper:

Before Page and Papadopolous, there was the former head of the Defense Intelligence Agency Army Lt. Gen. Michael Flynn. Flynn had been invited to Cambridge in February, 2014 for a a dinner hosted by both Dearlove and Halper.

But during that time, Flynn was already walking a fine line with the Obama Administration and battling President Obama and the CIA over his deep disagreement with the administration’s narrative that al-Qaeda and extremists groups, had been defeated or were on the run. Several months later Flynn was forced to resign early and ended his tenure as the director of the DIA.

Flynn didn’t want to lie for obama and that put him in the dog house, so Flynn was ripe for being hung out to dry.

Halper left CIS in late 2016 with the complaint that Russians were gaining too much influence, which rings hollow once you know this:

Halper, along with Dearlove, left the Cambridge Intelligence Seminar in December 2016, saying they were concerned about Russian influence. Halper had told reporters at the time that it was due to “unacceptable Russian influence.”

Ironically, documents obtained by SaraACarter.com suggest that Halper also had invited senior Russian intelligence officials to co-teach his course on several occasions and, according to news reports, also accepted money to finance the course from a top Russian oligarch with ties to Putin.

Several course syllabi from 2012 and 2015 obtained by this outlet reveal Hapler had invited and co-taught his course on intelligence with the former Director of Russian Intelligence Gen. Vladimir I. Trubnikov.

Halper’s claims have been called “absurd.” But Halper was up his podium in Russians. It was Halper who gave obama and the Comey and Brennan the opening to frame Flynn.

A historian and Russian intelligence researcher at Cambridge, Svetlana Lokhova, told TheDCNF that Halper is behind allegations made about her and Flynn during the retired general’s visit to Cambridge in 2014, when he served as director of the Defense Intelligence Agency.

“Stef Halper, who is currently under [Department of Justice] investigation for his activities, has been revealed by [The New York Times] as the source of the false allegations about me and General Flynn,” said Lokhova, who was born in Russia and has British citizenship.

The New York Times reported Friday that Halper was the first to raise concerns about interactions Flynn had with Lokhova at a dinner for CIS, a forum for former intelligence officials.

According to NYT, Halper, who was not identified by name in the report, “was alarmed by the general’s apparent closeness with a Russian woman who was also in attendance.” Halper’s complaints prompted a person close to him “to pass on a warning to the American authorities that Mr. Flynn could be compromised by Russian intelligence.”

But Lokhova said Halper’s assessment of her interaction with Flynn was inaccurate.

Halper was the source of the propaganda used to spy and and then frame Michael Flynn, Carter Page and George Papadopoulos in the effort to destroy Donald Trump.

The Russian accusations, the FISA app- it was all a lie. A hoax. But what if it was more than just screwing Trump?

Remember Comey telling us that it was likely hillary clinton’s email server was likely “accessed” by hostile actors?

In an unusual public announcement, Comey outlined findings that included discovery of highly classified information sent and received on Clinton’s private email servers, and signs that “hostile actors” gained access to email accounts of people who were sharing emails with Clinton.

Back in July Louie Gohmert told us that hillary’s emails were indeed hacked, but not by the Russians. He also said that Peter Strzok was briefed, but did nothing about it.

Gohmert said the ICIG investigator, Frank Rucker, presented the findings to Strzok, but that the FBI official did not do anything with the information.

Strzok acknowledged meeting with Rucker, but said he did not recall the “specific content.”

“The forensic examination was done by the ICIG and they can document that,” Gohmert said, “but you were given that information and you did nothing with it.”

democrats deliberately smothered the seriousness of this breach

In late 2017, ICIG Chuck McCullough — who was appointed by former President Barack Obama —  took the unusual step of coming forward publicly to say that he perceived pushback after he began raising the alarm about issues with Clinton’s servers to then-Director of National Intelligence James Clapper.

He said he found it “maddening” that Democrats, including Sen. Dianne Feinstein of California, were underselling the amount of classified information on the server.

There was good reason to bury this. For four years Hillary Clinton sent all the American secrets she had to China.

The Russians didn’t do it. The Chinese did, according to well-placed FBI sources.

And while Democratic lawmakers and the mainstream media prop up Russia as America’s boogeyman, it was the ironically Chinese who acquired Hillary’s treasure trove of classified and top secret intelligence from her home-brewed private server.

Yesterday we learned a little more:

The former intelligence officer TheDCNF spoke with said the ICIG “discovered the anomaly pretty early in 2015.”

“When [the ICIG] did a very deep dive, they found in the actual metadata — the data which is at the header and footer of all the emails — that a copy, a ‘courtesy copy,’ was being sent to a third party and that third party was a known Chinese public company that was involved in collecting intelligence for China,” the former intelligence officer told TheDCNF.

“The [the ICIG] believe that there was some level of phishing. But once they got into the server something was embedded,” he said. “The Chinese are notorious for embedding little surprises like this.”

For virtually all the time she was Secretary of State, Hillary Clinton was sending all her emails to China. There were serious consequences:

And it gets worse

The Chinese government systematically dismantled C.I.A. spying operations in the country starting in 2010, killing or imprisoning more than a dozen sources over two years and crippling intelligence gathering there for years afterward.

Current and former American officials described the intelligence breach as one of the worst in decades. It set off a scramble in Washington’s intelligence and law enforcement agencies to contain the fallout, but investigators were bitterly divided over the cause. Some were convinced that a mole within the C.I.A. had betrayed the United States. Others believed that the Chinese had hacked the covert system the C.I.A. used to communicate with its foreign sources. Years later, that debate remains unresolved.

2010. During the time the Hillary was sharing American secrets with China. Remember Sally Yates asserting that Flynn was being investigated because he was allegedly compromised?  HILLARY was the perfect candidate for blackmail. She was really COMPROMISED.

Hillary Clinton did grave damage to this country and she was within an inch of becoming President. This could not be a more clear case of violation of the Espionage Act. Hillary Clinton should be in prison, but Mueller is chasing hookers and taxi cab medallions and tax fraud and process crimes.

This is what democrats have been trying desperately to bury- by trying to destroy Trump. It’s not just overthrowing Trump, it’s keeping Hillary Clinton out of prison.

The Clinton’s have a history with China.