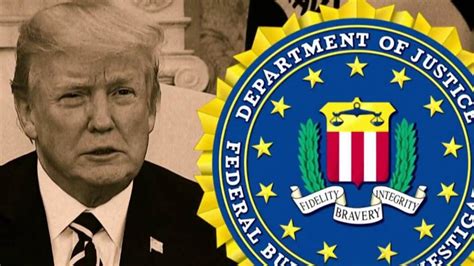 The single most damning text between Peter Strzok and Lisa Page reads like this:

Among the people who worked on the Clinton email investigation, er, “matter” were Agent 2 and Agent 5– Kevin Clinesmith and Sally Moyer. About Moyer:

Clinesmith lamented Clinton’s loss the day after the election, messaging to several FBI employees, “I am numb.” He added, “I am so stressed about what I could have done differently.”

Clinesmith also expressed regret over the reopening of the Clinton email case on Oct. 28, 2016, arguing that it “broke the momentum” of Clinton’s campaign. He warned at the time that the belated move, which was pressured by leaks over the discovery of additional classified emails on the laptop of Clinton’s aide in New York, could initiate “the destruction of the republic.”

After Clinesmith messaged another FBI employee that he was “just devastated” over Trump’s unexpected victory, he launched into a rant: “I just can’t imagine the systematic disassembly of the progress we made over the last 8 years. ACA is gone. Who knows if the rhetoric about deporting people, walls, and crap is true. I honestly feel like there is going to be a lot more gun issues, too, the crazies won finally. This is the tea party on steroids. And the GOP is going to be lost, they have to deal with an incumbent in 4 years. We have to fight this again. Also Pence is stupid.”

Then Clinesmith soon sent another text:

“I am so stressed about what I could have done differently,” read another message that apparently referenced the Clinton email investigation.

Asked in one text message after the election if he had changed his mind about Trump, Clinesmith wrote: “Hell no. Viva le resistance.”

Hillary was interviewed by an interesting group of people and had some other curious characters present as well:

Peter Strzok. David Laufman. What did they conclude?

On Thursday night, Sen. Chuck Grassley (R-IA) released seven pages of textsbetween FBI counterintelligence agent Peter Strzock and his FBI paramour, Lisa Page. Those texts show that both Strzok and Page were interested in letting Hillary Clinton off the hook so as to earn the FBI goodwill with the presumed next president.

Page wrote to Strzok on February 25, 2016, “One more thing: she might be our next president. The last thing you need us going in there loaded for bear. You think she’s going to remember or care that it was more doj than fbi?” The obvious implication here is that Page wanted to go easy on Clinton in order to curry favor. Strzok wrote back, “Agreed. I called [FBI counterintelligence head] Bill [Priestap] and relayed what we discussed. He agrees. I will email you and [redacted] same.”

It was bizarre (and a departure from usual FBI protocol) that Clinton’s lawyers were present. There was one more whose name was redacted. Her name is Jeannie Rhee. More on her in a moment.

Without stopping for lunch Strzok rewrote the findings from “grossly negligent” to “extremely careless” to shield Clinton from legal jeopardy and maintain her political viability.  He then closed the Clinton investigation and Comey went on to exonerate Clinton, bringing along much the same crew.

Then in 2017 Mueller was appointed Special Counsel. Who did he choose for his team?

Yes, THAT Jeannie Rhee. The lawyer who represented Clinton in the email investigation. No conflict there, right?

Clinesmith would later go on to interview George Papadopoulos. Strzok would, along with agent Joe Pientka, would interview Michael Flynn. Michael Flynn, originally exonerated by the FBI, was suddenly found guilty of making false statements to the FBI. Papadopoulos also got snagged for not remembering a date. Clinton aides made false statements to the FBI without any consequence. The FBI ignored the Clinton emails on Anthony Weiner’s laptop- not 100,000, not 200,000, but 700,000 of them.

Comey, McCabe and Strzok swept the Clinton investigation under the rug and opened the Trump-Russia investigation 12 days after Trump won the nomination. They framed Flynn and Papadopoulos. Comey then killed a chance to find out the truth about the Clinton emails. Mueller brought Strzok and Page, a Clinton lawyer and every Trump hater he could find on board for his investigation.

As for Trump becoming President? Strzok was going to stop it.