The Progressive Socialist State of California 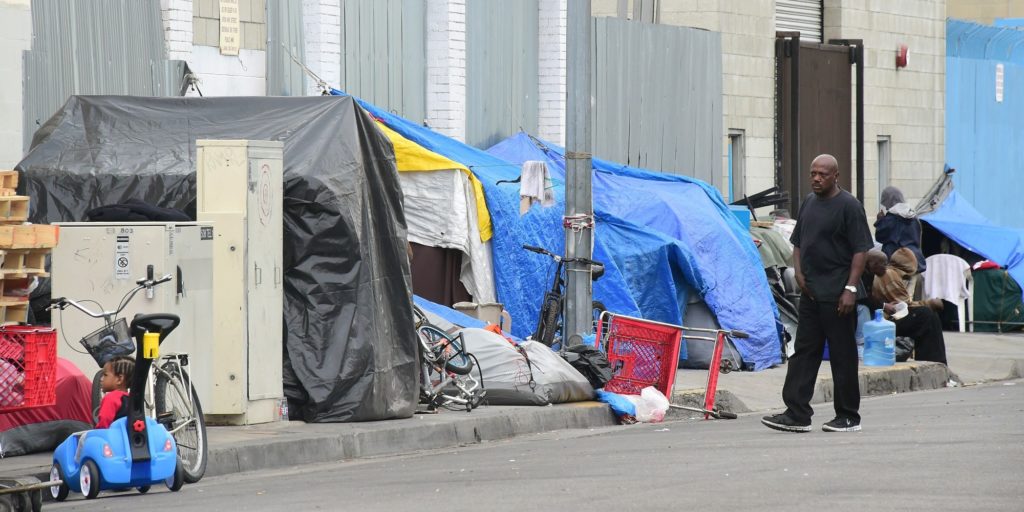 Progressive socialists have taken a once glorious state, full of opportunity, new ideas, and weather that most in this nation would fight for.I arrived in California during my Navy career and stayed because I thought the shiny sparkling California I saw at the time would remain the beacon for the rest of the country. California has always been called the tip of the spear of changes in this country.

The spear of change has been turned on the people of this state, of which, unfortunately, I am still one. A wave of progressive social policies has been forced upon those people in the middle class who still work. The effort that these workers show leads to nothing but high state taxes higher gas taxes, higher costs of living and housing due to restrictive land-use regulations.

Leading the nation in the number of homeless in our cities, and illegals throughout our State have reached epidemic proportions. A drive through Los Angeles, San Francisco, or any other major city in California will show countless homeless, immigrants and illegal aliens living on the street, making entire sections of the city uninhabitable. Business is leaving in droves, no longer willing to pay high taxes and adhere to devastating business regulations.

California is willing to follow progressive socialist business regulations to send as much money to the State and close out the opportunity for business growth. California ranks 48th in the Tax Foundations 2018 State Business Tax Climate Index. After the businesses, citizens, and middle class were destroyed our Governor Jerry “Moonbeam” Brown forced through Proposition 30 increasing sales and income taxes. By increasing these tax rates and burdening the people in this state both personally and commercially, California’s economic growth has been stagnant if not falling. This has lead California to hold the dubious distinction of being the Poverty Capital of the United States.

What has California done to alleviate this situation? They have overlapping State and municipal benefit programs that share assistance with anyone whose income is 200% above the poverty line. The State has spent $958 billion on public welfare programs including illegals and with 12% of the population, California is home to 1 of 3 of the nations welfare recipients including illegal immigrants. 55% of immigrant families in the State get means-tested benefits.

The leftist progressive socialists who run this state have visions of staying in power in perpetuity, even if it means voter fraud will be rampant through the State. Judicial Watch sent a letter to Alex Padilla, California Secretary of State for Election Integrity showing proof that 11 counties in the state had more registered voters that citizens of the country and were out of compliance with the National Voter Registration Act.Padilla has refused to work with the federal government in the probe of voter fraud or reveal voter information.

Our progressive socialist leaders have poured money into a high-speed bullet train not wanted by the citizens of the State, which is three times the budget stated when voted on, and doing nothing more than funneling monies to the unions and government entities that will further raise the price and timetable for such a useless project. The center of the resistance in California is former Attorney General Eric “contempt of Congress” Holder, hired with money the taxpayers of the State do not have to “Resist” a President he disagrees with.

And then there are the unconstitutional “Sanctuary Cities” which has morphed into “Moonbeam” Brown, our Marxist Governor declaring California a “Sanctuary State”. There was no vote, there was no discussion and only now are various portions of the State fighting back and aligning themselves with the federal government.

It was the Senate boss Kevin de Leon who authorized the sanctuary legislation that has worked endlessly with the other progressive socialists to make illegal immigrants and those in the criminal class protected classes within our State.

A member of the California Assembly, Speaker Anthony Rendon claims:

“There is no sensible place for barriers between California and Mexico”

Both Rendon and de Leon have stated one day after the election of Donald Trump as President:

“Today, we woke up feeling like strangers in a foreign land because yesterday Americans expressed their views on a pluralistic and democratic society that is clearly inconsistent with the values of the people of California”

That may explain the benefits that they so willingly give to the criminals and illegals that they depend on to vote for them, but it does not come anywhere close to the values that the citizens of this State have. That is why they are now giving illegal drivers licenses, making it easier for them to vote, and even jobs in the Brown administration. We know that the Brown Administration is filled with proud Californians, but they need to understand that most of the people in this State are proud Americans which appears to be a breach of protocol in the Brown administration.

The progressive socialist agenda is nothing new. In 1986 Proposition 63 was passed to make English the official language. In 1994 Proposition 209 was passed denying benefits for illegal immigrants and in 1998 Proposition 227 passed stopping bi-lingual education and all were sent to progressive socialist courts to be overturned. It appears than even when the citizens make a decision it is no matter to the dictators in charge of regulating every facet of our lives.

How will they continue to rule by the tyranny? The Brown administration started with AB 450 and proclaimed by the Mexican Marxist Xavier Becerra that employers in California who cooperate with ICE in the upcoming immigration raids will be prosecuted for cooperating with Ice and violating California law in opposition to the federal government and the Supremacy clause giving federal law precedence over State law.

Motor voters laws have been pushed through allow every person who gets a drivers license to automatically vote. This entails no checks or documentation to allow anyone to get a drivers license, and there is no longer any distinction between California drivers licenses to be seen to disallow illegals to vote. This will help the progressive socialist to further increase the welfare and criminal element that are he would be voters for those ruining our State.

Look at what Moonbeam Brown and his fellow demo-Rats have done to California its becoming a 3rd world nation And where as that song went CALIFORNIA HERE I COME and now its CALIFORNIA HERE I GO and I AM NOT COMING BACK.The idiots in L.A. are painting the streets all white over this Global Warming/Climate Change poppycock

There is nothing to go back for.

How will they continue to rule by the tyranny?

San Francisco’s state senator, Scott Wiener, has introduced a bill that would all but abolish the city’s famously strict land use controls—and virtually every other residential zoning restriction in California’s urban neighborhoods.
Putting up housing for the homeless in your backyard might be voluntary, under this law, SB-827, but looking at CA’s record of making things mandatory that once were unheard of might also mean you MUST put up housing for the homeless in your “extra” property.
In September of 2016, for example, Gov. Jerry Brown signed a law that eased the approval of accessory dwelling units, or granny flats, across the state. The result has been a bona fide housing boomlet in the backyards of cities like Los Angeles.
http://www.builderonline.com/money/affordability/la-wants-residents-to-open-their-backyards-to-the-homeless_c

I am a 64yo guy who remembers Detroit in 1964 when it was the richest city in America & quite possibly the world. The last republican mayor left office under a swirl of corruption charges but compared to what was coming he was the golden age of Pericles. When the white middle class started fleeing the democrats gleefully said who needs the white trash. Detroit now is the country’s biggest ongoing disaster area not even criminals & welfare recipients want to live there. Much of the city looks like Hiroshima after the bomb but they recovered. Detroit will never recover the democrats are firmly entrenched as ever. California will collapse even faster.

I say if the leftists in California want to bolt let them bolt. If the part(s) of the state that still identify as Americans want to stay, let them. The leftist parts of the state can go and take their illegal tools with them. Since they’ve made it so easy for illegals to vote there, we should begin a huge PSYOP campaign to get those illegals out to vote for the Calexit. Tell them secession means no deportation and lots of free stuff. They’ll vote. In the meantime, it looks like Election Day 2018 may have gotten a little more interesting.

just another shithole like Detroit, Chicago(on the verge). brown is sooooo dumb he has no concept that he is an idiot.

@John Downing: Now, they are doing the same to Colorado, Idaho and many other states.

California is building up an unsustainable debt that will destroy it. Liberal policies are responsible for generating that debt as well as driving off the only means to have a chance to ever pay the debt. What do you reckon the result of that is likely to be?

It’s no coincidence that the elitist fools who like to tell everyone else how they should think are attracted to this disaster like a moth to a flame.

@Randy: All the more reason to let them go. Only allow people to leave there and retain their U.S. citizenship if they are U.S. citizens and not members of the dem party. It’ll prevent them from turning other states into shitholes. The leftists there need to be isolated and contained.

California use to be a wonderful place, I’ve lived here for 7 decades, I’d get out but I’m going to hang around for a bit longer for the sake of my Grandchildren. Today Kommieforniastan is a fraction of a degree away from being a total shithole, sadly they, the dims and their supporters either can’t see it or are corrupt to care. I’m hoping that they do cut off the Marxists, I’ll move to a free part of the state. I’ll miss the weather in the Santa Clara Valley but I’ll survive.

A pox on the Marxists.

@UpChuckLiberals: Liberals don’t address approaching problems. They are used to Republicans getting elected every so often, reversing most of the damage they have wrought, and then coming back to destroy everything again. They’ve grown accustomed to things just “working out” or no one ever asking for the bills to be paid. Where that plan fails is where liberals have been so successful at maintaining political control that the damage becomes irreversible.

Problems created so the solution can be offered, increase the problem til the solution is demanded. Yes it means your rights must be breeched. Same old game.

@Spurwing Plover: too good for him wire a sturdy oak chair to the overhead high voltage busbars of an electrical power substation and let the hundreds of thousands of volts blow his eyeballs out of their socket and cook EVERY organ in his body to the point of being unusable then impale the charred body on a pole and let the buzzards have him