The Parkland blood is on the hands of democrats 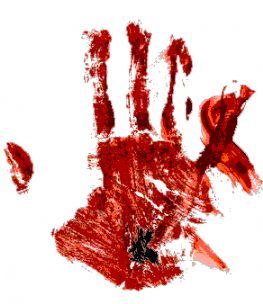 The Parkland tragedy was the very definition of the word “clusterf**k.” There could not have been more red flags flying.

He posted images of himself and his weapons He cut himself and posted the image on Snapchat.

The Broward County cops missed it.

The FBI missed it, not that they weren’t warned.

A person close to Cruz warned the the FBI last month that he had a “desire to kill people” and could carry out a school shooting, the FBI admitted on Friday. The agency failed to act on the tip.

The FBI was also warned about Cruz after he posted on YouTube saying he was going to become a “professional school shooter.” The agency said they couldn’t identify the user who made the threat, despite Cruz posting under his own name.

But the fault is not theirs alone. The FBI has been compromised by James Comey, Barack Obama, Loretta Lynch and and Congressional democrats.

Comey and Obama conspired to keep intelligence from Trump. Comey was duplicitous in his meeting with Trump. In testimony Comey confirmed that he told Trump that Trump was not under investigation. Comey was rightfully fired and then democrats seized upon it, screaming “Saturday Night Massacre.” They demanded a Special Counsel and they got one. Leading the charge: Schumer, Murray, Kaine.

Andy McCarthy has pointed out that a Special Prosecutor is supposed to be appointed only when there is strong evidence of a crime. There was none. Trump was well within his rights to fire Comey and he needed no reason whatsoever. Further, Comey’s firing did not in any way impede the Russian investigation. If anything, it made it worse for Trump.

The FBI was from that moment on consumed with finding hookers and golden showers from the same sources that spread disinformation into the 2016 election, as well as from Clinton hacks. Perhaps if the FBI wasn’t so burdened with a witch hunt it might have had the resources to stop the slaughter in Parkland.