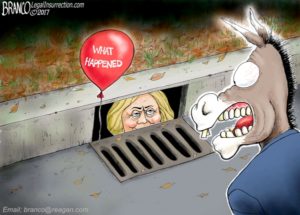 Welcome back for your weekly dose of crazy – let’s get straight to it! First, from the previous week:

To repeat what I said in the post from two weeks ago:

Hey White Supremacists – want to do a good deed for a change?  When you’re planning your next rally, find out where Whoopi Goldberg lives and hold your next rally around there. If these Antifa scum want to trash somebody’s neighborhood, how about giving their biggest advocates a taste?

Good news, Democrats! Thanks to the betrayal of the GOPe you finally CAN start blaming Republicans for our health insurance being a mess!

No easy task given the source!

Ace: “The cotton in question isn’t even real cotton — it’s fake. Like her practiced outrage.”

9/19 – After Self-Reflection, Journalists Discover They’ve Been Too Critical Of … Democrats

AoS’ Oregon Muse: “The mainstream media has been telling us that climate change is an imminent threat, PDT lied about being wiretapped, the Emmy Awards Show was must-see TV, and Antifa is just a rowdy group of mostly peaceful counter-protestors. And they wonder why nobody trusts them?”

Wow, who would have seen THAT one coming?

Here’s a question – since Lefties love to call for non-Climatology heretics to be jailed, should we start calling for any lefty still screaming about Russia to be institutionalized?

Is it just me or has McCain become the playground dweeb who sucker punches one of his fellow dork friends hoping to get the approval of the thugs who repeatedly give him wedgies?

Is he not being ironic here? pic.twitter.com/nZaddpmZq5

What's the big deal about using boobs on @CNN? Here are two of them the network has been using for quite a while pic.twitter.com/CmpjawG2w7

These are so sweet. Read from top to bottom… pic.twitter.com/fIQtosZy2t

This week we learned that a terrifying clown who lives in the forest can still emerge to frighten Americans. Also, "It" came out.

Woooo-weeeee! Those were some bombshells!!  Maybe the ...
Dems Pause January 6 Hearings To Call For Insurrection

Yep. And Vladimir Putin is a former Eagle Scout who sent you...
The Great Replacement Theory is not a theory. It's here. Now.

Woooo-weeeee! Those were some bombshells!! A whole bunch o...