It’s legal. It’s temporary. obama did it. Carter did it. Get over it 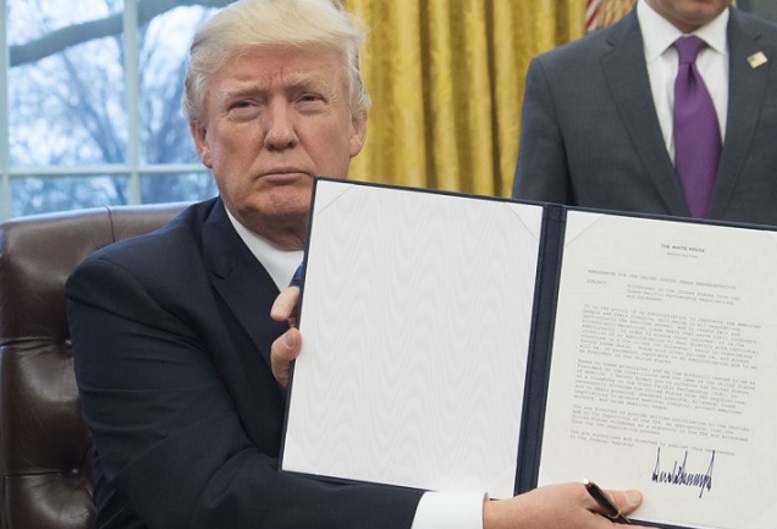 He did it. He said he would do it and he did it.

The liberal establishment has lost its mind over Donald Trump’s making good on a campaign promise to institute “extreme vetting” of immigrants seeking refuge in this country.

Trump's NSC chief's son declares exactly what this is: A "Muslim ban," whatever weasel words his dad and Trump's minions come up with. https://t.co/ncdkXKGVSk

The stupid is deep and profound. barack obama did the same thing in 2011. Jimmy Carter did much the same thing. Sean Davis pointed it out and then WaPo’s fact checker shoves both feet in his own mouth trying to defend the press’s dereliction.

Kessler then opened his mouth

two big differences: 1) pause was not announced at the time, done quietly. reporters only found out years later. 2) not based on religion.

Now for the good part. For years I have said that liberals have zero long term memory, especially for actions by liberals.

It’s time to crank up the Wayback Machine. To absolute astonishment of liberals, Donald Trump is making good on his campaign promises. He did promise he would enact “extreme vetting.” Let’s look at the responses back then:

Politico: The case for extreme vetting

The many filters that have been used throughout American history to determine who will and will not get an entry visa have an obvious purpose. Yes, some of them, in the hindsight of history, seemed to have had no constructive purpose. But for the most part, they helped to strengthen the social and political fabric of our country and they helped to define the common set of values that distinguishes us as Americans. Or to quote Alexander Hamilton again: “The safety of a republic depends essentially on the energy of a common National sentiment; on a uniformity of principles and habits.”

A new survey of immigrants shows that more than six in 10 agree with Donald Trump‘s call for “extreme vetting” of foreigners coming to America, and even more older immigrants back his plan to stop migration from terrorist nations until the U.S. comes up with a better vetting scheme.

Washington Post: Trump’s ‘extreme vetting’ is harsh, but it would be legal

But in advancing a litmus test for entry, a President Trump would be claiming the same unilateral authority so willingly yielded to Obama on immigration over the past eight years. Obama has asserted sweeping, unilateral authority in his opposition to state laws seeking to force deportations. Democrats, including Clinton, enthusiastically supported Obama’s assertion of such unilateral powers in exempting undocumented immigrants from deportations. In doing so, they have laid the foundation for Trump to push for the inverse of those policies. It would be difficult, now, for Clinton to claim that Trump cannot use the same unilateral powers to reduce entries as opposed to deportations.

It is opined that legal challenges to Trump’s extreme vetting will quickly fail:

Thus, the federal court is likely to dismiss the CAIR case, as the issues raised go mostly beyond the jurisdiction of the court, a political question in which the Court is the wrong venue for CAIR’s complaints.

Another liberal lawsuit loss likely awaits. Maybe the lawsuit lovers would benefit from what former President Obama once reminded us all: elections have consequences.

If Trump haters bristle at Trump’s actions, they have one person to blame- barack obama. He made it all possible:

What? So there was a Terrorist Travel Prevention Act of 2015 two years before Trump? There was a kind of “Muslim ban” before the Muslim ban? But almost no one critiqued it in 2015 because it was Obama’s administration overseeing it.

So for more than a year it has been US policy to discriminate against, target and even begin to ban people from the seven countries that Trump is accused of banning immigrants and visitors from. CNN even hinted at this by noting “those countries were named in a 2016 law concerning immigration visas as ‘countries of concern.’”  But why didn’t CNN note that the seven countries were not named and that in fact they are only on the list because of Obama’s policy?

That list of countries people blame Trump for? obama is the author. And we’re still not done.

barack obama has teed it all up for Donald Trump.

The green card rules have been reversed and I think that was the proper thing to do.

I’ve had some entertaining interactions this weekend. My liberal acquaintances want to vociferously complain about Trump and this legal action he’s taken but the second the truth is introduced- that obama created the list of nations of concern, that obama put a moratorium on refugees from Iraq, that Carter did it too, that obama asked and got a law permitting indefinite detention of Americans, expanded warrantless surveillance of Americans and made killing of Americans without due process possible they shut you down.

They don’t want anything- no matter how true- to put a dent in the safe space world view they’ve constructed for themselves.

I sure wish liberals were as emotional and concerned for US veterans as they are for foreigners.