Will We Learn From Germany? A Case Study In Their Suicidal Open Door Immigration Policy 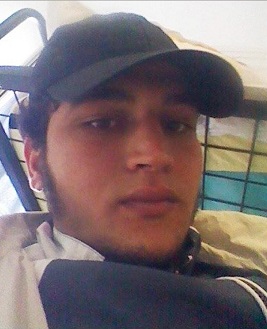 We now know that Tuesday’s terrorist attack in Berlin, in which 12 people were killed when the terrorist drove a truck through a Christmas festival, was carried out by a Tunisian refugee named Anis Amri.

The good news is that they know who he is (but have yet to capture him). The bad news is that this was all preventable. He arrived in Germany in 2015 seeking asylum and incredibly they allowed him in. All due to Angela Merkel’s policy to allow all refugees from the Muslim world. They ignored the fact that he had burned a school in Italy and had been involved in narcotic trafficking as well as theft.

It wasn’t until German authorities learned that he was planning terrorist attacks a few months before Tuesday’s attack did they think “hmmmm, maybe we should deport this guy.”

So when will we learn a lesson from Germany?

The main threat posed by the West’s mass acceptance of immigrant populations from sharia cultures is not that some percentage of the migrants will be trained terrorists. It is that a much larger percentage of these populations is stubbornly resistant to assimilation. They are thus fortifying sharia enclaves throughout Europe. That is what fuels the jihad. It would be foolish to think it couldn’t happen here, too.

To be sure, the infiltration of trained terrorists is a huge problem; even a small percentage would compute to thousands of jihadists within the swarms of migrants. Alas, that is a secondary concern. The bigger threat is the enclaves.

These are not merely parallel societies in which the law and mores of the host countries are supplanted by Islamic law and Islamist mores. Even residents who are not jihadists tend to be jihadist sympathizers — or, at least, to be intimidated into keeping any objections to themselves. That turns these neighborhoods into safe havens for jihadist recruitment, training, fund-raising, and harboring. They enable the jihadists to plan attacks against the host country and then elude the authorities after the attacks.

The Gatestone Institute recently put out a study that bears this out:

Mass, unvetted immigration from Africa, Asia and the Middle East is turning parts of Germany into no-go zones — lawless areas where the state has effectively lost control and where native Germans, including the police, increasingly fear to come.

German authorities steadfastly deny the existence of such areas, but confidential police reports, testimonies from police on the ground and anecdotal evidence from local citizens all confirm that parts of major German cities have descended into pockets of lawlessness where criminal migrants have usurped control of the streets from German police.

Observers say the problems are being exacerbated by the German government, which has relocated hundreds of thousands of asylum seekers and refugees into these areas.

The newspaper, Bild, and the newsmagazine, Focus, among others, have identified (here, here and here) more than 40 “problem areas” (Problemviertel) across Germany. These are areas where large concentrations of migrants, high levels of unemployment and chronic welfare dependency, combined with urban decay, have become incubators for anarchy.

The problem of no-go zones is especially acute in North Rhine-Westphalia (NRW), Germany’s most populous state. According to the Rheinische Post, NRW problem areas include:

In Duisburg, spiraling levels of violent crime perpetrated by migrants from the Middle East and the Balkans have turned parts of the city into de facto “no-go zones” for police, according to a confidential police report that was leaked to Der Spiegel.

The report, produced by NRW police headquarters, warns that the government is losing control over problem neighborhoods and that the ability of police to maintain public order “cannot be guaranteed over the long term.”

Duisburg, which has a total population of around 500,000, is home to an estimated 60,000 mostly Turkish Muslims, making it one of the most Islamized cities in Germany. In recent years, however, thousands of Bulgarians and Romanians (including Sinti and Roma “gypsies”) have flocked to Duisburg, creating a volatile ethno-religious cauldron.

According to Der Spiegel:

“There are districts where immigrant gangs are taking over entire streets for themselves. Native residents and business people are being intimidated and silenced. People taking trams during the evening and nighttime describe their experiences as ‘living nightmares.’ Policemen, and especially policewomen, are subject to ‘high levels of aggression and disrespect.’

“In the medium term, nothing will change. The reasons for this: the high rate of unemployment, the lack of job prospects for immigrants without qualifications for the German labor market and ethnic tensions among migrants….

“Experts have warned for some time that problem neighborhoods could become no-go areas. The president of the German Police Union, Rainer Wendt, told Spiegel Online years ago: ‘In Berlin or in the north of Duisburg there are neighborhoods where colleagues hardly dare to stop a car — because they know that they’ll be surrounded by 40 or 50 men.’ These attacks amount to a ‘deliberate challenge to the authority of the state — attacks in which the perpetrators are expressing their contempt for our society.'”

Duisburg’s Marxloh district, one of the most problematic in Germany, has been described as “a memorial to Germany’s failed integration policy.” More than half of the district’s 20,000 inhabitants are migrants. They come from than 90 different countries. More than half the residents in Marxloh live on welfare.

In a story entitled, “Duisburg-Marxloh: How a German Neighborhood Became a No-Go Zone,” N24 Television described the decline of the area:

“Once Duisburg-Marxloh was a popular shopping and residential area. Now clans claim the streets for themselves. The police are powerless. The descent of the district is nightmarish.

“Police will enter some parts of Marxloh only with reinforcements. Several patrol cars are needed to respond even to commonplace rear-end collisions. Too often, they are surrounded by an aggressive mob, spat upon and threatened. Last year, police were deployed to Marxloh more than 600 times with four or more patrol cars. This summer, the neighborhood descended even deeper into a spiral of violence. Family clans claim streets for themselves. Citizens hardly dare to go outside at night. In the smallest matter, violence is kindled.”

A leaked police report revealed that Marxloh’s streets are effectively controlled by Lebanese clans which do not recognize the authority of German police. They have taken over entire streets to carry out illegal business activity. New migrants from Bulgaria and Romania are adding to the problems. According to Die Welt, Marxloh’s streets serve as invisible boundaries between ethnic groups. Residents speak of “the Kurdish road” or “the Romanian road.”

Knowing all this it’s a safe bet the terrorist Anis Amri is not running back to Tunisia. No, more then likely he is hiding amongst other Germans in plain sight in areas of the country where police dare not go.

How long until these “no-go” zones start popping up in the United States?

Hopefully with President Trump we will not have to learn this hard lesson.

Take a look at this German beauty:

And she’s afraid to go outside anymore.
Sexual assault is way too common by these migrants.

So, what do these migrants do all day?
Only 3% of them have jobs.
Many of those either temporary jobs or ZERO hours/week “jobs.”
Assimilation? No.

Still Angela M thinks they are the way to raise the tax money (off workers) to pay for the socialist dreams of her party.
I think they will drain those welfare coffers dry.
Unless Germans wake up before that and kick them back home.

The thing they are not planning for is when the coffers are dry, and they cut off the welfare, they will take what they want kill and burn whats left and the remaining germans will cry to its NATO protector.
The Future King of England hes a prize, think of Muhammed this Christmas thats the future head of the Church of England, these leaders including ours are insane,totally bonkers rubber room worthy.

First, this is a disaster created by Obama and his foreign policy. There need to be lessons learned there. The withdrawal of all US forces from Iraq provided the fertile growth culture for ISIS to expand all across the region and the policies in Libya and Syria has guaranteed enormous numbers of refugees to be dealt with and providing yet another vehicle for terrorists to infiltrate generous societies.

But, don’t expect any liberals to realize this. Everything is Bush’s fault, then Trump’s and Obama was a genius. Blame Trump’s rhetoric, guns or global warming but don’t DARE intimate that liberal stupidity is at the root of this evil.

Anus Amri was imprisoned in Tunisia, imprisoned in Italy, attempted to be deported back to Tunisia, but they didn’t want him and would not complete the necessary paperwork. So, of course, he was free to to to Germany and live openly and free. Is this what commons sense looks like in the liberal world?

Good that Obama is leaving and Hillary is relegated to the trash heap of history. Liberals are incapable of keeping anyone safe, being more interested in developing ways to deny citizens rights that hinder the liberal agenda than protecting those citizens from dangers, mostly liberal-induced. Good riddance.

The Pockeystani they arrested first now gone missing.
This guy leaves his license in the truck, killed in a shootout in Italy.
No interrogation. Cmon man.

If they want to end these troglodyte attacks, all they would have to do would be to live stream a video of grinding up his body with pork to make sausage, and then feed him to pigs and then film the pigs excreting him, and the dirtbag moslems would stop.

I keep comparing his photos to that of men aged 24 on line.
He seems he was older, maybe in his late 20’s early 30’s?
Dentists refuse to check these ”youths” by their teeth as it would be ”invasive.”
Invasive?
How about over 2 million of them Invading Europe posing as children?
Now that he’s dead will EU consider an autopsy (with dental check) too “invasive?”
I hear muslims oppose autopsies.
Well…..we must respect them.
Here’s the political cartoon of the week:

Move the Useless Nations to China only without the U.S of A it would be a more appropeate place for this nest of vipers lets turn the UN facility intoa vast homeless shelter especialy for vets who have lost their homes to so called refugees