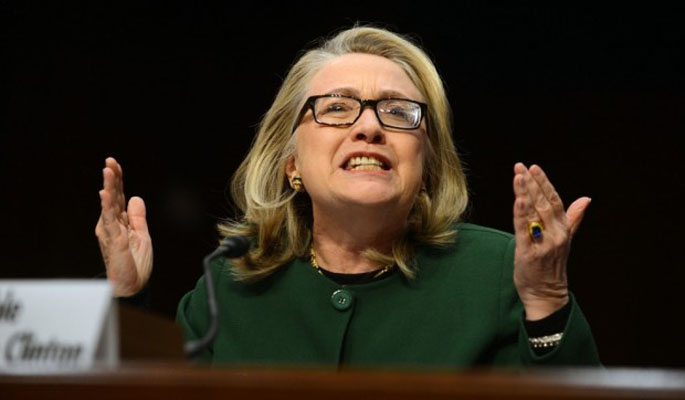 The NY Times, which has become an integral part of the Hillary Clinton campaign, was the recipient of a leaked copy of Donald Trump’s 1995 tax return and used it to hammer Trump in another one of its political hit pieces:

Donald J. Trump declared a $916 million loss on his 1995 income tax returns, a tax deduction so substantial it could have allowed him to legally avoid paying any federal income taxes for up to 18 years, records obtained by The New York Times show.

The 1995 tax records, never before disclosed, reveal the extraordinary tax benefits that Mr. Trump, the Republican presidential nominee, derived from the financial wreckage he left behind in the early 1990s through mismanagement of three Atlantic City casinos, his ill-fated foray into the airline business and his ill-timed purchase of the Plaza Hotel in Manhattan.

Tax experts hired by The Times to analyze Mr. Trump’s 1995 records said that tax rules especially advantageous to wealthy filers would have allowed Mr. Trump to use his $916 million loss to cancel out an equivalent amount of taxable income over an 18-year period.

Not surprisingly, the Times claimed it did not receive the part of the return which would have included any charitable donations.

This effort was meant to tee up the ball for hillary clinton and she wasted no time pulling out the driver:

Hillary Clinton ripped Donald Trump over the report in The New York Times that he may have turned a nearly $1 billion loss into 18 years of not owing taxes, saying he was “taking from America with both hands, leaving the rest of us with the bill.”

The tax story was the centerpiece of Clinton’s argument on the economy, which came in the swing state of Ohio — which the Democratic presidential nominee had not visited since Labor Day.
“While millions of American families, including mine and yours, were working hard, paying our fair share, it seems he was contributing nothing to our nation,” she said during the rally in Toledo.

“He’s been dissing America in this whole campaign. He talks us down, makes disparaging comments about our country, calls our military a disaster. It’s not, but it might have been if everyone else had failed to pay taxes to support our great men and women in uniform.”

I’ve said it a million times- you can’t spell either “democrat” or “liberal” without the letters h y p o c r i t e.

The Clinton’s utilized the law in exactly same manner as did Trump to reduce their tax liability in 2015:

And Hillary following up, adding Trump “apparently got to avoid paying taxes for nearly two decades—while tens of millions of working families paid theirs.”

However, a look back at Hillary Clinton’s tax returns from 2015 (here), proudly displayed by the campaign proving she has nothing to hide – shows something awkward on page 17…

In fact, so did the NY Times:

Finally, as we noted previously, the NYT itself is also perfectly happy to take advantage of the US tax to minimize the amount of money it pays to the government: in 2014 the company got a tax refund of $3.6 million despite having a $29.9 million pretax profit, an effective negative tax rate for 2014, which it explained was favorably affected by approximately $21.1 million for the reversal of reserves for uncertain tax positions due to the lapse of applicable statutes of limitations.

Of course, there was a time when Trump escaping all that debt was a positive accomplishment:

“Though there are still four years to go in the 90’s, business and government leaders in New York honored Donald J. Trump yesterday for pulling off what they called ‘the comeback of the decade,’” the paper said at the time. “Mr. Trump, the developer who came to epitomize opulent wealth during the 80’s before tumbling into deep financial trouble, has managed to erase much of his debt and is moving ahead with major projects at a time other developers are idling.”

The Times even called Trump the “Comeback King.” My how times change. The very same Comeback King is today disparaged by the NY Slimes for the same events.

Thing is, if losing one billion is bad, then losing six billion has to be far worse, and lose $6 billion of US tax dollars is what hillary clinton did:

In a mind-boggling example of how the government blows—or perhaps steals—our tax dollars, billions vanished from the U.S. State Department mostly while Hillary Clinton ran it, according to a new alert issued by the agency’s inspector general.

Could the former Secretary of State be using the cash to fund an upcoming presidential campaign? In all, $6 billion are missing and it’s highly unlikely any of the money will ever be recovered. The cash was supposed to be used to pay contractors but it just disappeared and documents that could help track the dough cannot be located. How convenient! The paper trail, which federal law says must be maintained in the case of government contracts, has been destroyed or was never created to begin with.

How could this possibly happen? Like a lot of government agencies, outside contracts are a free-for-all at the State Department with virtually no oversight. Hundreds of millions of dollars are doled out annually for a variety of services and no one bothers to follow up on the deals. This “exposes the department to significant financial risk,” according to the State Department Inspector General, which issued a special management alert this month outlining the lost $6 billion. The watchdog further writes that “it creates conditions conducive to fraud, as corrupt individuals may attempt to conceal evidence of illicit behavior by omitting key documents from the contract file.”

Among the examples listed in the memo is a recent investigation of the closeout process for contracts involving the U.S. mission in Iraq. Investigators could not locate 33 of the 115 contract files totaling approximately $2.1 billion. Even of the files they found, more than half contained insufficient documents required by federal law. In one billion-dollar deal involving the State Department’s Bureau of International Narcotics and Law Enforcement in Afghanistan, the actual contract was determined to be “incomplete.”

In one alarming case a contract file conveniently omitted that a $52 million deal was awarded to a company owned by the spouse of another State Department contractor employee performing as a specialist. In other cited cases a contracting officer actually falsified government technical review information in a $100 million deal and a contracting officer’s representative allowed nearly $800,000 to be paid on a deal with no official documents to support the payment. It’s the free-flow of public funds under extremely suspicious circumstances.

At the very least the State Department is violating its own policy, according to the inspector general, which divulges that it’s found “repeated examples of poor contract file administration over the years.” The watchdog confirms that “it is the Department’s policy that all contracts, regardless of dollar value, be properly documented so as to provide complete record of: pre-solicitation activities; the solicitation, evaluation, and award process; and [sic] the administration of the contract through closeout.”

This unbelievable report documenting the mysterious disappearance of $6 billion from the coffers of a major government agency brings to mind a similar and equally enraging story reported by Judicial Watch a few years ago. The Pentagon somehow lost $6.6 billion sent to Iraq for post-invasion “reconstruction.”

If you are bothered by what Trump did, your problem is with the law, not with Trump. He did nothing illegal. The same people who will find Trump’s actions offensive are the same who will us every deduction possible on their tax returns. That makes them (especially Hillary) in principle absolutely no different from Trump.
And speaking of tax dodges, the Clinton’s took $2 deductions on Bill’s used underwear:

Clinton, on the other hand, has valued his underwear as high as $2 a pair. And a pair of long underwear, per Clinton on his 1988 return, is worth $15.

A typically extensive document — which apparently Clinton wrote out in his own hand for the tax return filed for 1986, when he was serving his third term as governor of Arkansas — is titled “Salvation Army 12/27” and lists items numbered 1 through 17, for which Clinton took a deduction of $555.

Hillary topped off her insults with this beauty:

“At the time of the worst financial crisis in Ohio in 2009, he would have let you twist and fall,”

Firstly, Trump was in business and not in the business of welfare. Secondly, I know of four guys in Benghazi who were left to twist and fall by Hillary:

The bottom line on this is much the same as it is for everything else. Taking advantage of the tax laws is perfectly fine for Hillary Clinton and the NY Times but not for Trump.

What’s happening here is a horrible commentary on society today and I will explore that in the next post.