You know how I always say that obama lies about everything?

He just did it again.

Two days ago Obama said ISIS is just about finished:

And as a result, ISIL is under more pressure than ever before.  ISIL continues to lose key leaders.  This includes Salman Abd Shahib, a senior military leader in Mosul; Abu Sa’ad al-Sudani, who plotted external attacks; Shakir Wahayb, ISIL’s military leader in Iraq’s Anbar province; and Maher al-Bilawi, the top ISIL commander in Fallujah.  So far, we’ve taken out more than 120 top ISIL leaders and commanders.  And our message is clear:  If you target America and our allies, you will not be safe.  You will never be safe.

ISIL continues to lose ground in Iraq.  In the past two months, local forces in Iraq, with coalition support, have liberated the western town of Rutbah and have also pushed up the Euphrates River Valley, liberating the strategic town of Hit and breaking the ISIL siege of Haditha.  Iraqi forces have surrounded Fallujah and begun to move into the city.  Meanwhile, in the north, Iraqi forces continue to push up the Tigris River Valley, making gains around Makhmour, and now preparing to tighten the noose around ISIL in Mosul.  All told, ISIL has now lost nearly half of the populated territory that it once controlled in Iraq — and it will lose more.

ISIL continues to lose ground in Syria as well.  Assisted by our Special Operations Forces, a coalition of local forces is now pressuring the key town of Manbij, which means the noose is tightening around ISIL in Raqqa as well.  In short, our coalition continues to be on offense.  ISIL is on defense.  And it’s now been a full year since ISIL has been able to mount a major successful offensive operation in either Syria or Iraq.

As ISIL continues to lose territory, it also continues to lose the money that is its lifeblood.  As a result of our strikes against its oil infrastructure and supply lines, we believe that we’ve cut ISIL’s revenue from oil by millions of dollars per month.  In destroying the storage sites where they keep their cash, we’ve deprived ISIL of many millions more.

CIA Director John Brennan, in a chilling warning on the Islamic State’s growing influence, told lawmakers Thursday that U.S.-led efforts to strike at the terror group have not hampered its “terrorism capability and global reach” – a message that stands in stark contrast to President Obama’s more upbeat assessment earlier this week.

Brennan, testifying in a rare open hearing before the Senate Intelligence Committee, said ISIS likely will “intensify” terror attacks around the world even as its core fighters come under pressure in Iraq and Syria, including by deploying operatives for further attacks on the West.

“The group is probably exploring a variety of means for infiltrating operatives into the West, including in refugee flows, smuggling routes, and legitimate methods of travel,” Brennan said.

The testimony offered unnerving context to Obama’s comments on Tuesday. The president said the anti-ISIS campaign “is firing on all cylinders” and the group “is under more pressure than ever before,” while conceding they’re gaining traction elsewhere.

He noted how resilient ISIS is:

“Unfortunately, despite all our progress against ISIL on the battlefield and in the financial realm, our efforts have not reduced the group’s terrorism capability and global reach,” Brennan testified. “The group’s foreign branches and global networks can help preserve its capacity for terrorism regardless of events in Iraq and Syria. In fact, as the pressure mounts on ISIL, we judge that it will intensify its global terror campaign to maintain its dominance of the global terrorism agenda.”

Further, he said the terror massacre in Orlando last weekend – the worst U.S. homeland attack since 9/11 – shows ISIS is still working to inspire attacks by sympathizers who have no direct links to the group.

Remember when obama blamed bad intel for his lousy judgment?

He lied about all of it. This country should be very uneasy when obama speaks. He lies about everything.

A ground operation (with a coalition and just the US)  is required to eliminate ISIS. In 2014 obama said ISIS’s defeat would take three years. Nearly two years ago I noted that this would give obama time to get out of town and leave his successor holding the bag. 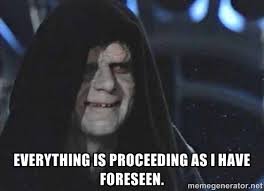 Until ISIS is eliminated, and with prejudice, the persecutions and killings will not stop, the refugee crisis will not end and the recruiting of lone wolves won’t be put to an end.

That is something you can believe.