Obama’s pattern of shaping intelligence to fit his narrative 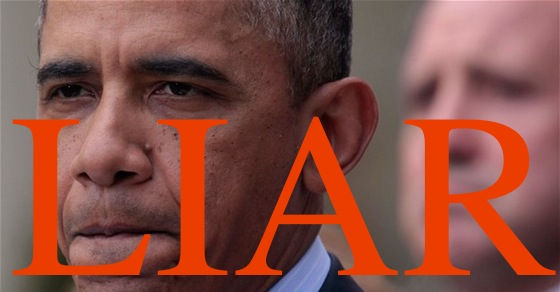 The Pentagon Inspector General has disclosed that emails were sent from Centcom to defense analysts to “toe the line” on ISIS.

Analysts at U.S. Central Command were pressured to ease off negative assessments about the Islamic State threat and were even told in an email to “cut it out,” Fox News has learned – as an investigation expands into whether intelligence reports were altered to present a more positive picture.

Fox News is told by a source close to the CENTCOM analysts that the pressure on them included at least two emails saying they needed to “cut it out” and “toe the line.”

Those emails, among others, are now in the possession of the Pentagon inspector general. The IG’s probe is expanding into whether intelligence assessments were changed to give a more positive picture of the anti-ISIS campaign.

The former Pentagon official said there were “multiple assessments” from military intelligence and the CIA regarding the “rapid rise” of ISIS in Iraq and North Africa in the year leading up to the group’s territory grab in 2014.

Why would they do this?

The IG probe started earlier this year amid complaints that information was changed to make ISIS look more degraded than it really was.

From the Daily Beast:

Allegations are mounting that senior intelligence officials at Central Command not only skewed findings on the ISIS war to please D.C., but tried to hide what they did.

Followers of FA will remember that Obama cooking the books on ISIS intel was already a subject here two months ago.

So why would anyone want to make America think ISIS wasn’t a serious threat?

Because in January of 2014 some President asserted that ISIS was the JV. And we can’t have the Ego in Chief looking bad, can we?

So Obama says ISIS is the JV and it is “contained” and Centcom tries to mold the intel to make it fit. It seems to be part of a larger pattern of behavior. It’s not just ISIS:

BEFORE the facts are known, Obama says Benghazi is attacked because of a video and everyone in his regime tried to make Obama’s words fit. No one is held accountable.

BEFORE the investigation is done Obama declares that there’s “not even a smidgen of corruption” in the IRS scandal and the DOJ makes Obama’s words fit. No one is held accountable.

BEFORE the investigation is done Obama declares that Hillary Clinton’s email scandal didn’t pose a national security problem and the DOJ is working hard to make Obama’s words  fit. So far no one is held accountable.

BEFORE the facts are known Obama declares that ISIS is the JV and his policies are working and his stooges at Centcom diligently toil to make circumstances appear to fit Obama’s rhetoric. Hopefully this one will be different but I’m not optimistic.

Obama makes clear what he wants to see and his minions get the message and make it happen.

This is beyond scandalous. Way beyond. I have a feeling that there are more uncomfortable discoveries to come.

How could I forget? I’m watching Megyn Kelly and Steve Hayes reminds me that Obama began cooking the books for the 2012 election when he started with the “Al Qaeda is decimated” garbage. Gen. Michael Flynn, who was DNI under Obama, says the investigation should begin with Obama.