The Missed Teachable Moment for the Missouri Football Team 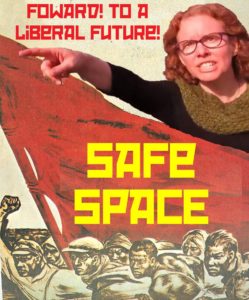 The football team at the University of Missouri was just cheated of the most practical learning opportunity they could have hoped for in their collegiate careers. Unless you’re living under a rock you’re probably heard about the controversies among various campuses being overrun by mobs of Student Fascists. The biggest story so far comes from the University of Missouri – the best roundup I’ve seen so far comes from Robert Stacy McCain if you need to get up to speed.

One element of this story that’s particularly interesting was when black members of Mizzou’s football team threatened to walk off of the team unless the university president resigned. Eventually the rest of the team and coach were dragged into this. And now I’m about to violate my first rule of blogging – never write on a subject where somebody smarter than me has already weighed in. My idea for his post came when the story first broke, but other commitments make it difficult for me to write on some topics in a timely manner. And I’ll be damned if PJTV’s Bill Whittle didn’t beat me to the punch.

He very directly said that the university should have revoked the players’ scholarships and let them live with the consequences. While Whittle does a perfect job of driving the point home, if I were the University President I would have tried to put a more constructive tone to how I presented it. Here is the speech I would have given as word of the possibly of a player walkout reached me: 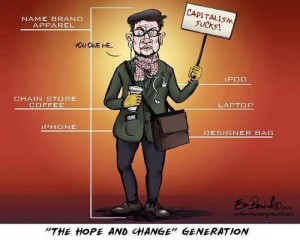 “As many of you are aware there are a number of students who are calling for my resignation for the crime of not having shared their outrage with sufficient enthusiasm. Specifically, members of the Missouri football team have threatened to walk off of the team and refuse to play in any further games until I resign, potentially causing the UM football team to forfeit any unplayed games. I want to state that I applaud the courage and sacrifice of the players, and will give the university’s full support to their commitment to their cause.

Of course, by deciding that their commitment to their protest supersedes the commitment that they made to the university we will have no choice but to revoke the athletic scholarships of any participating players. The university is not without compassion, and will allow these students to finish out the current semester under their scholarships. We are willing to overlook the hardship that their actions are imposing by allowing the students to finish the semester. despite the fact that they have reneged on a commitment that affects many others.

The most obvious stakeholder to be harmed by any forfeited games would be the university, along with the lost revenue from those games. The money brought in by athletics help fund the university’s operating expenses, even expenditures that some may deem frivolous, such as the salary of Melissa Click. But also lost would be the paychecks of those who work at those games, whether concession stands, parking lot attendants, not to mention local merchants who benefit from game day sales. Perhaps on the game days these former football players can spend time with those whose businesses are hurt by their actions, or the working families who needed those paychecks as a learning experience. 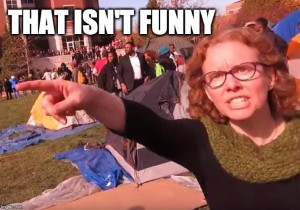 But it is always best to look forward, and I intend to guide both the students and university through this difficult time. Any players who wish to resign from the team must inform this office within 48 hours to allow time to prepare for UM’s upcoming game this weekend. All players who wish to forfeit their scholarships will be given appointments with counselors to determine financing for the next semester or, if requested, assistance in transferring to another school. Any students who leave the team without providing this notice will face immediate expulsion. While such harsh measures are regrettable, is only fair to give UM the opportunity to honor its commitments to play the games and to respect the students and coaches who must prepare for them.

For any students who wish to play football elsewhere, I will lobby the NCAA to lift its “red shirt” rules and allow those students to play football next season, or even the remainder of this season if possible. I am sure that any football team would embrace a new teammate who showed such commitments to their cause that they would forego their previous commitments to their schools, their coaches, and their teammates. In order to field a team to compete here at UM we will allow for tryouts by any walk-ons or students who may want to transfer here and compete for these newly available scholarships. Again, I would ask the NCAA to waive any “red shirt” rules for any incoming transfers, as their playing here will help to support those who have left the team for a greater cause.

In conclusion, I applaud the bravery and sacrifice of these young men ready to leave the team. The maturity they are showing in accepting consequences for their actions, and the level of support they can expect to receive from the professional agitators who organize these protests once the cameras go away will teach them more valuable life lessons than anything they could obtain in one of our classrooms, even those taught by Melissa Click.

Now get the Hell off my lawn, you damned kids!”

OK, that last line may be a bit over the top, but the rest of the speech outlines what could have been a great  opportunity to educate the young men who play football for the Tigers.

The proposed speech would have been a welcome wake up call to the team and the school.

Kinda reminds me of a John Wooden anecdote. The Wizard of Westwood won 10 national titles in basketball (IIRC over 12 years). It will never be equaled (IMHO, YMMV).

Back in the day, there were ‘longhairs’ all over. Wooden’s strict grooming policy irked his All-American center, Bill Walton. He approached the coach and said he was going to grow his hair out.

Coach stated that he admired his commitment to what he believed in… and that they’d miss him. Walton humbly walked away and kept his hair cut, played out his college career and went on to fame and fortune.

Now, write the speech to other students, faculty, and alumni that explains how, having gutted the football program, a few “minor” changes will have to be made to accommodate the 40% drop (from $80M to $45M) in MU’s annual revenue over the next couple (5? 10?) years it’ll take to build the program back up.

@Bruce Fauth: Funny you should mention that old Wooden/Walton story – that was partially my inspiration for this post!

Kevin #3 I am sure Mizzou would find a way to deal with it. But if nobody stands up they will keep getting run over by a bunch of fools.

[…] And at times where you’ve gone wrong at college the teachers and coaches to whom you looked for guidance and mentoring have failed you miserably. […]