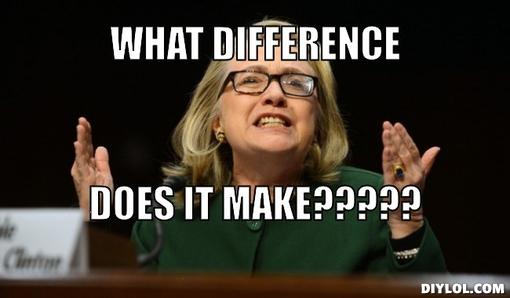 A bombshell email has been found on Hillary Clinton’s private email server, but the media, as usual, is not asking the truly gigantic question.

A bombshell White House memo has revealed for the first time details of the ‘deal in blood’ forged by Tony Blair and George Bush over the Iraq War.

The sensational leak shows that Blair had given an unqualified pledge to sign up to the conflict a year before the invasion started.

It flies in the face of the Prime Minister’s public claims at the time that he was seeking a diplomatic solution to the crisis.

He told voters: ‘We’re not proposing military action’ – in direct contrast to what the secret email now reveals.

The Daily Mail gets all hot and bothered:

Smoking gun emails reveal Blair’s ‘deal in blood’ with George Bush over Iraq war was forged a YEAR before the invasion had even started.

Here is the doc: 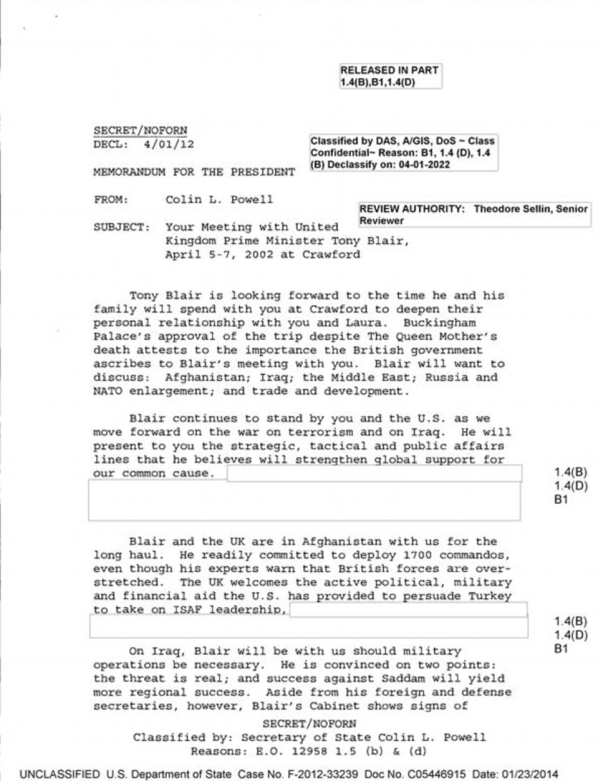 But you’ll note at the bottom that Powell writes “should military operations become necessary.”

But really, none of this is a big deal. What’s important is why is this on her server at all? As sundance over at the Conservative Treehouse asks, why was Clinton building a database of classified documents on her private server?

Without a doubt it was about the Clintons and money.

I can’t help but wonder whether extortion was going to be one of the cards in the game.

Why is this document on her server at all? This is one more example of the how Clintons think they’re above the law. I do not know which classification markings take precedence and I’ll wait for those who know more to comment. But this is very odd. Hillary Clinton was stocking a database with classified documents.

Why? Inquiring minds want to know.