Baricarus flies too close to the Sun Barack Obama has multiple personality flaws, but one stands out above all:

I have said, and I truly believe, that he is a sociopath. He oozes narcissism. I would like to remind you of some of the personality traits of a sociopath:

* Glibness/Superficial Charm
* Manipulative and Conning
* Grandiose Sense of Self
* Pathological Lying
* Lack of Remorse, Shame or Guilt
* Shallow Emotions
* Callousness/Lack of Empathy
* Does not perceive that anything is wrong with them
* Unable to feel remorse or guilt
* Narcissism, grandiosity (self-importance not based on achievements)

Al Qaeda is on the run
Al Qaeda is decimated
ISIS is the JV
We leave behind a stable and sovereign Iraq
I didn’t set a red line, the world did
I got bad intel
The tide of war is receding
The world is less violent than it has ever been

None were true. This is not meant to be an inclusive list and it does not begin to touch the domestic lies. How can anyone of sane mind say these things?

Nothing is ever his fault. Ever. When he left to tee it up literally ten minutes after talking of the beheading of an American he blamed the “optics.” It wasn’t his fault, it was the way you perceived it.

Altogether too late, the legacy media is showing reluctant signs of recognizing the liar that Obama is. From ABC:

Barack Obama’s rating for strong leadership has dropped to a new low in the latest ABC News/Washington Post poll, hammered by criticism of his work on international crises and a stalled domestic agenda alike. With the midterm elections looming, Americans by a 10-point margin, 52-42 percent, see his presidency more as a failure than a success.

Just 38 percent now approve of Obama’s handling of international affairs, down 8 percentage points since July to a career low; 56 percent disapprove, a majority for the first time. Fifty-two percent say he’s been too cautious in dealing with Islamic insurgents in Iraq and Syria. And the public is ahead of Obama in support for a military response to that crisis, with 65 percent in favor of extending U.S. air strikes to Syria.

The NY Times can’t bring itself to use the word “liar” but this is probably as close as we’re going to see:

When President Obama addresses the nation on Wednesday to explain his plan to defeat Islamic extremists in Iraq and Syria, it is a fair bet he will not call them the “JV team.”

Nor does he seem likely to describe Iraq as “sovereign, stable and self-reliant” with a “representative government.” And presumably he will not assert after more than a decade of conflict that “the tide of war is receding.”

“I don’t think it is just loose talk, I think it’s actually revealing talk,” said Peter H. Wehner, a former adviser to President George W. Bush now at the Ethics and Public Policy Center. “Sometimes words are mistakes; they’re just poorly put. But sometimes they’re a manifestation of one’s deep belief in the world and that’s what you really get with President Obama.”

“The analogy we use around here sometimes, and I think is accurate, is if a JV team puts on Lakers uniforms, that doesn’t make them Kobe Bryant,” Mr. Obama told Mr. Remnick. He drew a distinction between Al Qaeda and “jihadists who are engaged in various local power struggles and disputes, often sectarian.”

Asked about that by Chuck Todd on “Meet the Press” last weekend, Mr. Obama denied that he necessarily meant ISIS. “Keep in mind I wasn’t specifically referring to ISIL,” he said, using an alternate acronym for the group.

Thing is, he lies right to your face. Repeatedly. He lies to America. Everybody knows he’s lying and he persists in denial. Barack Obama thinks things are the way he says they are. He seems detached from reality. About the only honest thing he’s said in recent memory is that he has “no strategy” for dealing with ISIS and it was a stupid thing to say. The legacy media has been a miserable protector of America in its obsequiousness toward Obama. Evan Thomas made me want to vomit with his blathering:

I mean in a way Obama’s standing above the country, above above the world, he’s sort of God.

And to think that moron teaches journalism. The fawning. The sucking up. The obeisance.

The legacy media has been the very definition of “useful idiots.” They’re so invested in this nonsense that they are having a hard time finding their way out of the hole. If they’re not grossly embarrassed they sure ought to be. 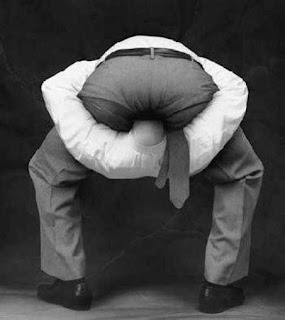 The truth is punching the Times in the face, but won’t open it eyes:

To Mr. Obama’s critics, the disparity between the president’s previous statements and today’s reality reflects not simply poorly chosen words but a fundamentally misguided view of the world. Rather than clearly see the persistent dangers as the United States approaches the 13th anniversary of the Sept. 11, 2001, terrorist attacks, they said, Mr. Obama perpetually imagines a world as he wishes it were.

It is said that the neurotic builds castles in the sky and the psychotic lives in them. Barack Obama is not right in the head. Told you so.

Image courtesy of the New Republic

Americans by a 10-point margin, 52-42 percent, see his presidency more as a failure than a success.

The fact that those believing he is a success is that high is downright scary. It certainly doesn’t convey much hope for the future of the country.

Dr J
Do you see any if those characteristics when you look in the mirror ?
And congratulations 70 published articles in peer reviewed journals !!! WOW!!!

John, do you have a point? Do you know what it is? When If you figure it out, will you let us know?

BTW, what’s the cost for a pair of kneepads these days?

Without a complicit media Obama’s house of cards would have fallen long ago.
He would have lost the Senate last time, for example.
But here’s proof the media protects Obama:
MRC Study: TV Buries the Bad News on Obama’s Collapsing Polls

Broadcast networks conducted 23 different polls during the first eight months of 2006 that asked respondents to rank President Bush’s job approval. But the evening newscasts referred to Bush’s national job approval rating 52 times over that period.
For Obama during that same 8 months in 2014 there were 15 different polls but only 2 broadcast news references to any of them!

We saw this from the get, I mean the Greek columns, the photos of him with his smirk and head looking up as if to say I’m g-d. I remember his acceptance speech where for the first time in history, no one was on stage but him. Contrast that with all others where the family and friends all behind the candidate smiling and waving. Obama!!! All by his g-dly self. Speeches that proclaimed the oceans would recede and the world would become peaceful simply by him being here. LIES, lies and more lies is all that comes from his ugly mouth. I’m a Christian he said and then promptly took off his shoes and got down on his prayer rug during Ramadan. He stopped national prayed day and then showed us his Muslim behind. he’s a traitor and scum!! Why doesn’t our side fight him with the law? Why?

@another vet: Don’t forget who’s poll that was! Rest assured their numbers are skewed by 15-20% on the high side.

@jainphx: Hopefully that is the case. It would allow for a little more faith. The fact he was re-elected is still discouraging. The first time was understandable. Bush fatigue and he was a fresh face. The second time around people should have known better.

@another vet: It is that ‘magic’ 42% that would vote for an already stepped in dog turd as long as there was a ‘D’ after the name — klintoon proved that

@another vet: The first time was no excuse either – Rev Wright, No legitimate records, a do-nothing nobody senator — no experience running anything – not even a lemonade stand, community (COMMUNIST) organizer – the BS fainting at the rallies – the Berlin speech stunt — no way in hell would anybody with any brains would have voted for the SOB!

Al Qaeda is on the run Al Qaeda is decimated ISIS is the JV We leave behind a stable and sovereign Iraq I didn’t set a red line, the world did I got bad intel The tide of war is receding The world is less violent than it has ever been

The worst part is that enough people believed him to vote for him AGAIN. What do you call people who keep voting for a person just because that person belongs to a certain party? How many of them voted for obama just to get the free stuff he offered?

@Budvarakbar: I agree that people should have known better in 2008 too, but I think 2008 was a dem year for POTUS just like 2016 is shaping up to be a rep year unless something unexpected happens. Had Hillary been the dem nominee in 2008, she would have won too.

How many of them voted for obama just to get the free stuff he offered?

Enough, along with those who didn’t want to feel racist so they could feel good about themselves, to put him over the top. If the dems succeed in buying the Hispanic vote the same way they have with the black vote, they’ll be the permanent majority party.

@This one: And yet the world was in a much better place than now. We have a lying liar in office that knows not the truth and his only outcry for Christians being murdered is FORE.

Dr J Do you see any if those characteristics when you look in the mirror ?

What if he does? What if all of us do? The question is, what is wrong with the article? Where is it inaccurate?

You forgot the best one: the “Official Seal of the Office of the President-Elect”. Remember that self-aggrandizing piece of crap placarded on everything he stood behind?

That’s IT? That’s your input? I can in no way imagine how embarrassed and betrayed you must feel having voted for this farce…. twice. I can’t because I actually vet my candidates before I support them.

If the dems succeed in buying the Hispanic vote the same way they have with the black vote, they’ll be the permanent majority party.