The Worm Has A Bad Case Of Worms; Updated – Video Added 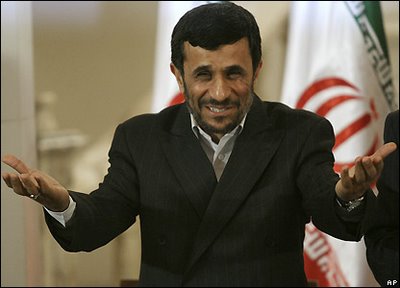 The Bushehr nuclear power plant’s project manager, Mahmoud Jafari, said a team is trying to remove the worms from several infected computers, but those readers who are familiar with the problem know, without uninfected back-up the situation may be hopeless. Really talented hackers could also infect the components, making any new computer hooked up to the system vulnerable immediately, imagination is the only real barrier for a gifted hacker. If the back-up was available, they would have never admitted there was a problem. Jafari reassures us that the Worm:

“has not caused any damage to major systems of the plant,” the IRNA news agency reported.

At least that is what the IRNA news agency is reporting.

The computer worm, termed Stuxnet, has spread to many industries in Iran and if the perpetrators are talented and devious, every time an industrial computer is fired up, the Stuxnet Worm or an ill-bred relative will infect the new computer. Possibly the only way to insure that infection wont reoccur is to completely redo the whole project and junk all the electronic components; otherwise, new generations of worms may continue to appear.

The worm was discovered in July by experts in Germany: it has since infected industrial applications in Iran, Indonesia, India, and the US. It is more than capable of taking over the inner workings of industrial plants. Jafari is confident that the worm will not affect the opening of the plant or bringing it online in October

The plant was built by Russians and is supposed to be internationally supervised; however, the world is concerned that the program will be a ruse for making nuclear weapons. The most immediate potential problem is Iran’s main enrichment facility in Natanz.

Iran denies any desire to have nuclear weapons and maintains that the enrichment facility will only be making fuel for power plants. Yet the world knows that at higher levels of enrichment, the fuel can be used to make nuclear warheads.

The Stuxnet worm is the first cyber infection designed to take over industrial control systems; up until now, worms have only been used to steal or manipulate data. The concept is intriguing, since a nation’s defense systems could be compromised and the country would be extremely vulnerable to attack. If a worm was designed to attack energy supply systems in winter, the country could suffer immeasurably and be extremely vulnerable to attack. If the US is not responsible for initiating the attack against Iran, it will at least serve as a wake up call to be better protected against cyber attacks in the future.

The United States is supposedly tracking the worm and authorizing Homeland Security to build specialized teams that can respond quickly to cyber disasters across the country; however, with the impotence shown by Napoitano in defending the nation’s border and her hap hazard approach to terrorists entering our unprotected borders, it is hard to have faith in the efforts of Homeland Security. Especially if appointments within the agency are as politically inspired as that of Napolitano, using a system of nepotism rather than ability or qualification.

On Saturday, Iran’s semi-official ISNA news agency reported that the malware had spread throughout Iran, but did not name specific sites affected.

Again, the possibilities are only limited by the imagination, those former pimply faced teenage hackers may now be highly paid government employees: the question is, which governments?

Great video on the media coverage of the virus: