One gunman is reported to be in custody and a search is on for a second shooter, officials said.

The shooting took place at Fort Hood in Texas, the largest U.S. military installation in the world.

The massacre is said to have taken place at a soldier readiness processiong center where young recruits would be taken to be inducted into the military.

Latest report I’m hearing is on a 3rd shooter.

Not much time to blog, so readers are welcomed to build upon this thread (other authors feel free to update and build up this post).

Check the comments below for realtime updates but the latest is that the shooter is Major Malik Nadal Hasan… a Muslim. 12 dead

Twelve people have been killed and 31 wounded in a shooting spree at a Texas military base by what officials believe was possibly carried out by an Army officer.

The suspected gunman was identified as Major Malik Nadal Hasan. He was killed and two other suspects have been apprehended, Lt. Robert W. Cone said.

The gunman used two handguns, Cone said. He wasn’t sure if the shooter reloaded the weapons during the attack.

Check out Obama giving shout-outs prior to addressing the shooting…..unbelievable:

The suspected gunman in the Fort Hood shooting has been identified as Major Malik Nadal Hasan. He was killed and two other suspects have been apprehended, according to Army Spokesman Lt. Robert W. Cone.

There are unconfirmed reports that Major Hasan was a convert to Islam and originally from Virginia. He was reportedly scheduled to deploy to either Iraq or Afghanistan and was unhappy about it.

Then what about the other two suspects? One individual going nuts this does not sound like.

Cheering at the death of our soldiers?

A defense official speaking on condition of anonymity to the AP says Hasan was a mental health professional — an Army psychologist or psychiatrist.

You know when it’ll be perfectly PC to speculate about Hasan? When cops find one of Glenn Beck’s books on his bookshelf

Metroplex Adventist Hospital received seven of the victims. One was under distress in route to the hospital and was later pronounced dead. Two are currently in surgery, one of which is an EMS paramedic. Four have been stabilized. Two were transferred to Scott & White Memorial Hospital in Temple and two have been transferred to Seton in Round Rock.

News Channel 25’s Natasha Chen has learned the suspected shooter Maj. Malik Hasan had “Allah” keyed into his car last week. He reported it as a hate crime. 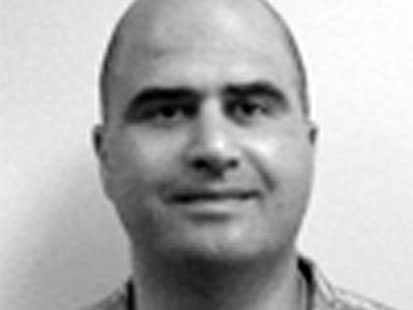 The general said there were “eyewitness accounts of more than one shooter,” and the others were tracked to an adjacent facility.

From This ain’t Hell, his ORB: 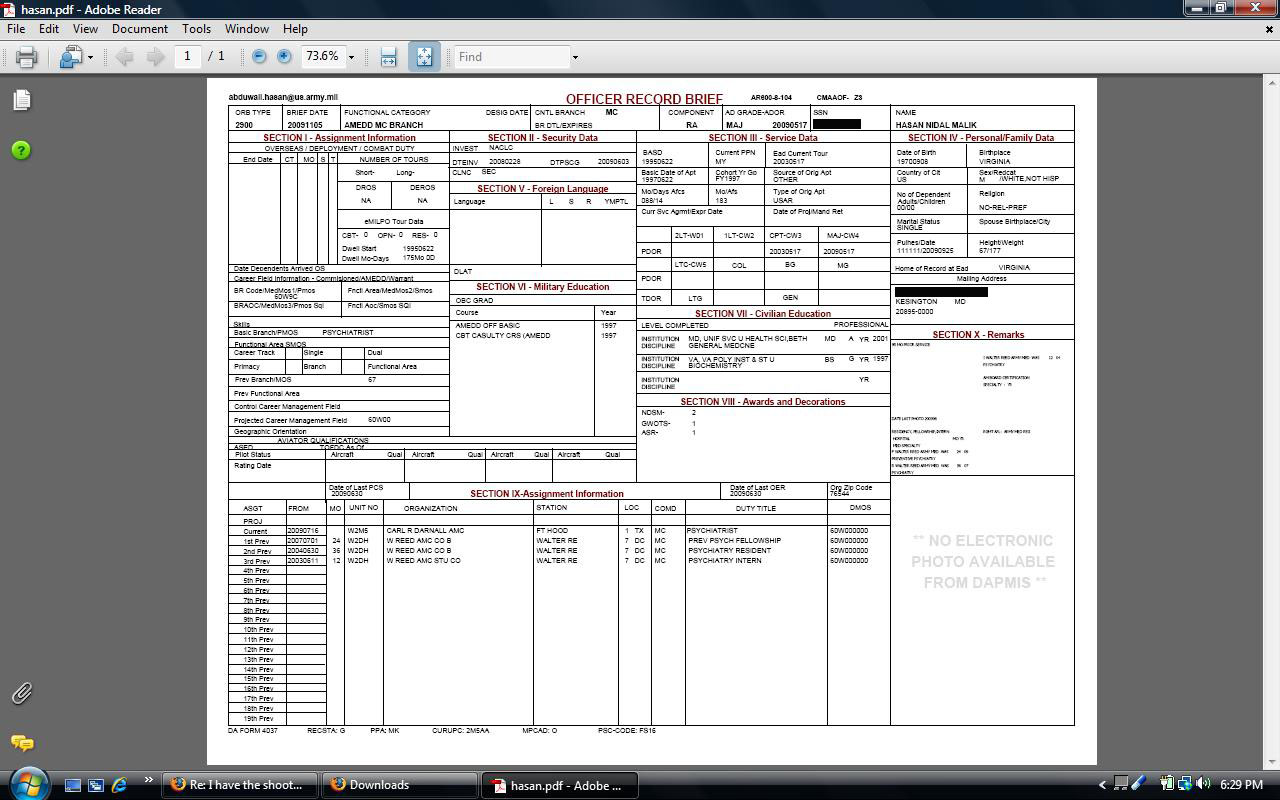 This appears to be his blog, according to CNN

Login
wpDiscuz
93
0
Would love your thoughts, please comment.x
()
x
| Reply
‹ Back to Categories