In Washington DC there are three passions that rule this town – politics, football, and politics. Living here has given me front row seats to a pair of leadership trainwrecks in Daniel Snyder and Barack Obama. As both have been experiencing difficult times lately, it seemed like a good time to write about the similarities I’ve noticed between the two.

First off, I moved to the DC area in 1999, the same year that Dan Snyder bought the Washington Redskins. Interestingly enough, the job that brought me here was working for Snyder’s old company, Snyder Communications. Also, I never met the man during my time working there, and from the stories I’ve heard about him that’s not a complaint.

For those of you unfamiliar, Snyder immediately became a big news item from the beginning. He was brash, energetic, and has had no problems making bold moves as owner. Whether it was interrupting summer camp by arriving in his helicopter during practices, expanding Fedex Field’s seating while raising ticket prices, and charging admission to summer camp for one season. Also, despite having no background in football, he became heavily involved in the team. Snyder held post-game meetings with his head coaches, brought in a big name personnel man from the 49ers Super Bowl Dynasty (Vinny Cerrato), has chased down and overpaid big name coaches, and has even micro managed to the point of firing several kickers over the course of a season for blown kicks. 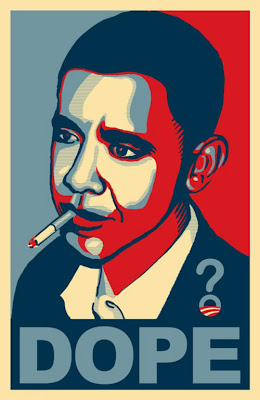 And what has Snyder accomplished as owner? From a financial perspective, he’s done quite well. He’s made the Redskins the second most valuable team in football. But outside of financials, the team has been a disaster. That’s not quite accurate – it’s been a picture of consistent mediocrity, never great, and until this season, never truly bad. Cerrato never proved to be the great personnel man he was hoped to be. Along with Snyder, he helped to bring in overpriced and overrated or over the hill players like Deion Sanders, Bruce Smith, Brandon Lloyd, and most recently, Albert Haynesworth. Snyder has also gone through a carousel of head coaches, and given his heavy handedness over operations, no competent Head Coach wants to lead the Redskins. This has come to a head this season with the team being led by a man who

has no business being a Head Coach in Jim Zorn. As of the writing of this article the Redskins are 2-5, and the fans are in open revolt.

Snyder has always been prickly about criticism. Early on, while most of the local media could not stop fawning over him, one local paper, The Washington Times, wasn’t playing ball. They wrote critical pieces on Snyder, and as a result their reporter was banished to covering the games via a TV set below Fedex Field. As things have gotten worse, Snyder has even taken to censoring fans coming to the games. Now, the man who was once hailed as a bright, fresh face has been exposed as a vain, petty individual who has taken on a job for which he had no qualifications.

Which brings us to President Obama. Everyone knows about his meteoric rise since impressing America at the 2004 Democratic Convention with his amazing ability to read aloud. And in 2008, despite having no real accomplishments nor ever having won an election without relying on underhanded tactics, we elected him as our 44th president.

I don’t need to go into every detail over the train wreck that the Obama presidency has been so far, but to quickly review a few major points:

Obviously there is a lot more, but those are the main points for now. And like Snyder, Obama has had some successes so far. Ironically, both are for things that the people who voted for him were not looking for. First off, Obama has baldly broken his promise to not take national security seriously. Obama is already backing off of an immediate, unconditional surrender in Iraq. If you disagree with this last statement look at it from another angle. If Bin Laden issued a decree for all Al-Queda fighters to leave Iraq by next year how would that be interpreted? Now that Obama is postponing the end of tracking and prosecuting terrorists, he is working to make it up to his base by vacillating on Afghanistan.

The only other major accomplishment of the Obama administration sprang from the law of unintended consequences. Having become so used to the fawning coverage of the press and his own self absorption, it probably never entered Obama’s mind that he could ever face real public opposition to his policies. However, he made the mistake of misinterpreting his lofty “post-partisanship” ideal to mean “shut up and follow my radical left wing agenda”. The Republican party may have been left for dead on the sidelines, but the American people weren’t.

They came out in droves to for the team party protests, and to confront the elected officials at the town hall meetings. And Obama and the media had no idea how to deal with it. With no figurehead to apply the Alinsky demonization tactic, the liberals showed their true contempt for the average American citizen. The left dubbed them “angry mobs”, “unruly” and “astroturfers”, while whining about the level of discourse as they conveniently forgot their own behavior for the last eight years. And of course, the arrogant journalists who condescendingly decry Fox News for its bias (and yes, I know they’re biased.At least they’re honest about their perspective) are oblivious to their own unprofessionalism when they gleefully label the protesters “Tea Baggers”.

To top everything else off, The White House has declared war on Fox News for the crime of being the only major TV news outlet that does not diligently promote the administration’s talking points. This goes hand in hand with Obama attacking Rush Limbaugh earlier this year. The administration probably thought it would help discredit a perceived enemy, when all that it accomplished was giving the opposition some cheap publicity while making themselves look like shallow crybabies. We’ve even gotten to the point where the Attorney General is trying to pressure a DC official to pull an ad critical of Obama’s anti-school choice position.

So here we are today, with two leaders in Washington who came in ready to change the world. Instead, their arrogance and inability to adapt when reality did not meet their rosy visions have left both reeling and looking like two men struggling to do jobs they were never even remotely qualified to take on.

As an Eagles fan I’ve been thoroughly enjoying watching Snyder so ineptly run his franchise. As an American, President Obama’s performance has just been painful to watch.

The dust up of Obama with Sarkosy of France reminded me of a beauty queen when asked what would she do if she had one wish? Of course all of the contestants answer that they would HEAL the world from misery and disease. Obama changed it a little bit to say “Rid the world of nuclear weapons”. Thats when Sarkosy said that maybe in a virtual world but never in the real world. Obama is so much like a beauty queen that it is staggering. Lets all work together to give the crown to a new queen in three years!

Good job there Brother Bob. Good points and all on point…. except at least Snyder earned his money running a company?.. or was it inherited wealth? I don’ t know on Snyder, but the rest of your take on him seems spot on.

Our Dear Leader however is worse. He has schemed and waxed his climb, never really doing squat. It’s all about flim-flam.. nothing there though. He’s never had to deliver results ever because everything was always a springboard to better things.

Now he is stuck. Nowhere to go now. He’s finally, in a position of doing a job and it’s painfully clear he is overwhelmed and unprepared to actually perform.

The story of him unable to meet his first book deadlines until Ayers helped him out speak volumes… even after he went overseas to “work on the book”. He’s never had a real job having to deliver something from his effort EXCEPT campaigning the last few years…. and he has had a lot of enablers and hanger-ons to propel him. B.O. is a FAIL TO LAUNCH.

My football analogy regarding Obama is that he has a pampered athlete’s lack of connection with the real world. From his early adulthood people have seen his charismatic potential as a leader of the left and smoothed his path through life. From his college years on it seems that he has been insulated by the connected from failure or even criticism. I hope he gets a chance to taste rejection in 2012.

First off, Curt, thanks for posting!

@Yippie21: I didn’t go into Snyder’s business practices lest I came off like a bitter former employee or someone who was floating a balloon for a potential tell-all book. My understanding is that Snyder had backing from his family to get started, and along the way ran some pretty cut throat business practices, some of which I saw. Here is a link to info on SNC’s settlement with GTE and the State of Florida over a suit for slamming:

Thanks BB, then the comparison fits even better. Excellent job sir.

Great post. Snyder and Obama are walking disasters. The good thing is that the oppressed (Redskins fans and frustrated Americans) are standing up to the tyranny.

Question: Is there a Thomas Paine of football?

There’s nothing I can’t stand more than thin-skinned brats who are incompetent and in charge!