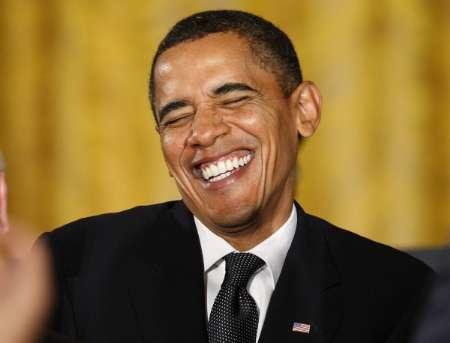 1. Closing Gitmo (same as Bush)
2 Outlawing torture by revoking Bush’s EO that said much the same thing
3. Withdrawal from Iraq (thanks to Bush)
4. De-escalation of war in Afghanistan (campaigned that it was the necessary war and now dithers as more American soldiers have lost their lives in Afghanistan this year, than in the previous 7 years)
5. peace between Israel and Palestine
6. Olympics in Chicago
7. Supporting democratic movement in Iran
8. Supporting democracy in Honduras
9. nuclear disarmament

But, hey, so what?! At least he’s now won the Nobel Peace Prize for non-accomplishment; and delivered a presidential promise to use this award as a rallying “call to action”. It’s the thought and rhetoric that counts, right? Basically, he’s being awarded for what he may accomplish in the future (Even supporters are questioning, “Why?”). If his pretty words actually inspires us to achieve peace, enhances international relations, then some day in the future, maybe the award will have been earned. Here’s a novel idea: Why not award the prize to him THEN?!

I’m not trying to be funny, here; I wouldn’t want to be accused of siding with the terrorists.

WASHINGTON/OSLO (Reuters) – Barack Obama won the Nobel Peace Prize on Friday in a stunning decision that honored the first-year U.S. president more for promise than achievement and drew both praise and skepticism around the world.

The bestowal of one of the world’s top accolades on a president less than nine months in office, who has yet to score a major foreign policy success, was greeted with gasps of astonishment from journalists at the announcement in Oslo.

“If just wanting world [peace], talking about world peace is enough to get the Nobel Peace Prize then every beauty pageant winner should have gotten one. “

Obama said he felt humbled and unworthy of being counted in the company of the “transformative figures” of history who had won the prize.

Maybe CNN and Wolf Blitzer would care to factcheck this one for actual accomplishments in the pursuit of peace? Even President Obama isn’t buying it. He doesn’t sound humbled; more like embarrassed.

“I do not view it as a recognition of my own accomplishments but rather an affirmation of American leadership,” he said, speaking in the White House Rose Garden. “I will accept this award as a call to action.”

Kanye West, at this point had to interrupt the acceptance speech with the following:

“Hey, hey Barack, I’m really happy for you, I’mma let you finish, but I just want to say his teleprompter had one of the best bids of all time. OF ALL TIME.”

The Norwegian Nobel Committee praised Obama for “his extraordinary efforts to strengthen international diplomacy and cooperation between peoples,” citing his fledgling push for nuclear disarmament and his outreach to the Muslim world.

What about Reagan’s push for nuclear disarmament?

What about Bush’s “outreach to the Muslim world”?

Just 12 days into his presidency, what had President Obama done thus far to join the ranks of Carter, Gore, and Arafat in garnering such a prestigious nomination as the highly credible Nobel Peace Prize?

153+ were killed within the first week of of his peace presidency, including the continuation of Predator drone attacks in Pakistan.

Obama has been widely credited with improving America’s global image after the eight-year presidency of George W. Bush, who alienated both friends and foes with go-it-alone policies like the 2003 U.S.-led invasion of Iraq.

So Bush can be credited for the Obama peace prize award.

President Obama campaigns in ’08 against President Bush; and goes around the world on his grand Apology Tour and wins acclaim.

But critics called the Nobel’s committee’s decision premature, given that Obama so far has made little tangible headway as he grapples with challenges ranging from the war in Afghanistan and the Israeli-Palestinian conflict to nuclear standoffs with Iran and North Korea.

The White House had no idea the Nobel announcement was coming. Obama, who got the news of the prize in a pre-dawn call from his press secretary, now also has the burden of living up to its expectations.

The first African-American to hold his country’s highest office, Obama, 48, has struggled with a slew of foreign policy problems bequeathed to him by Bush, while taking a more multilateral approach than his predecessor.

Despite troubles at home including a struggling economy that have eroded his once-lofty approval ratings, the Democratic U.S. president is still widely seen around the world as an inspirational figure.

How did President Bush not exercise diplomacy and multilateralism?